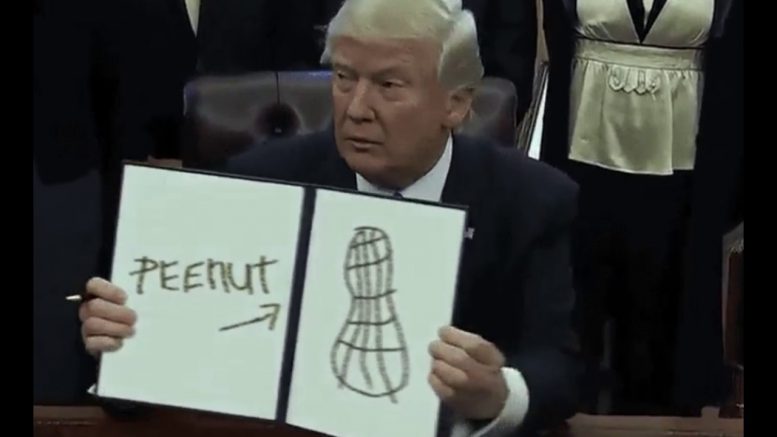 US President, Donald Trump storms out of White House

It was an executive order signing ceremony that lacked one crucial part, the signature.

Donald Trump was scheduled to sign off on a pair of directives in the Oval Office on Friday but walked out of the room before actually signing them.

With the papers laid out on the desk ready for his signature, Mr Trump was asked by a reporter about his former national security adviser Michael Flynn, who is seeking immunity before testifying before congressional committees about Russia’s alleged meddling in the presidential election.

Ignoring the question, the president proceeded to walk out of the room.

Mike Pence, the vice-president, collected the unsigned orders from the desk and followed Mr Trump, who later signed the orders behind closed doors

Trump has signed a raft of orders since taking office in January and has made a great show of sitting at the Oval Office desk to sign them while the press takes photos.

The practice sparked memes on the internet, with countless GIF showing the president’s executive orders replaced with a variety of childish drawings.

The executive orders came a week after Mr Trump’s promise to replace Obamacare imploded in Congress and a week before he meets Xi Jinping, the Chinese President, in Florida, a summit that promises to be fraught with trade tensions.

Mr Trump said at the signing ceremony that he and Mr Xi were “going to get down to some serious business” next week and vowed that “the theft of American prosperity” by foreign countries would end.

One of the orders directed the Commerce Department and the US trade representative to conduct a 90-day review of the causes of massive US trade deficits.

It will study the effects of abuses such as the dumping of products below costs, unfair subsidies, “misaligned” currencies and “non-reciprocal” trade practices by other countries.

The second trade order will fight nonpayment and under-collection of anti-dumping and anti-subsidy duties the United States slaps on many foreign goods.

Could impeachment remove Trump from power over Russia scandal