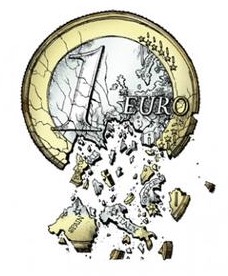 Only around half of young Europeans think of democracy as the best form of government, a new survey has found, while three-quarters see the EU as more of an economic pact rather than a group of nations sharing core European values.

The YouGov survey, the results of which were published on Thursday, was commissioned by the German TUI Foundation, which promotes dialogue on European issues. Between February and March, it polled 6’000 people aged between 16 and 26 from France, Britain, Germany, Greece, Italy, Poland, and Spain.

Al-Sahawat Times | Number one news channel from Oman and UAE

Overall, only 52 percent of the respondents saw democracy as the best form of government. That figure was higher in Germany (62 percent) and Greece (66 percent), the birthplace of democracy, while France, Poland, and Italy were most skeptical (42, 45, and 42 percent, respectively). The latter three countries are currently home to strong far-right movement gaining a worrying amount of momentum.

Additionally, 76 percent saw the EU as more of an economic alliance than a group of countries with common cultural interests (30 percent).

“The value-based European cohesive forces have for a long time been taken for granted,” said Thomas Ellerbeck, the Chairman of the Board of Trustees of the TUI Foundation. “The European Youth Study shows that this apparently self-evident condition no longer applies.”

“A Europe whose value is seen, above all, in the advantages of the common market threatens to become interchangeable and arbitrary. It is therefore important to discuss the shared values of Europe.”

Over a fifth (21 percent) of respondents supported leaving the EU, a figure that was highest in Greece (31 percent) but lowest in Spain and Germany (12 percent). Only 22 percent of Germans felt the EU should cede more power back to regional governments, way under the overall average of 38 percent.

Support for greater national sovereignty was highest in Greece (60 percent) and the UK (44 percent), which last year voted for Brexit.

“In principle, young adults support the European idea, but they are increasingly suspicious when it comes to concrete measures and short-term projects,” said Markus Spittler of the WZB Berlin Science Research Center, commenting on the survey’s results. “They can be called critical Europeans. They are critical because they question specific policies and institutional arrangements.”