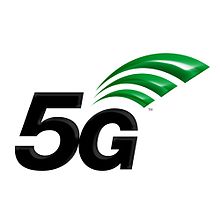 Spanish Mobile phone giant O2 is to spend £80 million on fitting 1’400 superfast internet hubs across London, UK, laying the groundwork for 5G in the capital.

Al-Sahawat Times | Number one news channel from the Middle East

The company, owned by Spain’s Telefónica, is to install 1’400 so-called “small cells” across the city by the end of the year 2017.

Unlike the old masts, small cells are the size of burglar alarms and can be fitted to lampposts and on the side of buildings. Rather than instructive lamp-post sized instalments requiring significant road works.

It follows a deal with the City of London Corporation in March to fit the systems across the Square Mile.

O2’s chief operating officer Derek McManus said: “We understand the importance of digital connectivity in terms of driving the economy and ensuring that London can continue to compete on a global scale. This is why we’re investing in a range of innovative measures from small cells to macro masts.”

Most of London is covered by 4G, but industry experts expect 5G to become commercial within a few years. As well as better internet for consumers and businesses, 5G is expected to drive growth in artificial intelligence.

London is often slammed for poor internet and signal connectivity on it’s famous underground rail system.
News of the investment came as the mobile operator revealed solid first-quarter results, with revenues up 2% to £1.38 billion. Underlying profits edged up 0.6% to £358 million in what chief executive Mark Evans called a “challenging market”.
Telefónica gave no indication today about whether it would press ahead with plans to offload O2 in a £10 billion stock market float, having shelved the idea last year. The plans could hinge on the outcome of the spectrum auction later this year.