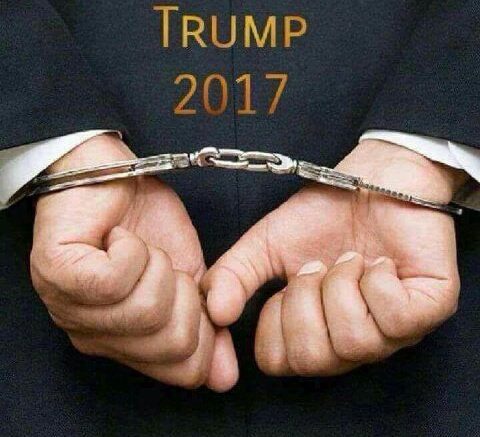 Allegations that Donald Trump asked FBI Director James Comey to end an investigation into Michael Flynn’s links to Russia have spurred calls for the president to be impeached.

The explosive new development, stemming from a memo written by Mr Comey, followed a week of tumult at the White House after Mr Trump fired the FBI director and then discussed sensitive national security information about Islamic State with Russian Foreign Minister Sergei Lavrov.

Even before the latest bombshell had hit the White House, at least two congressional Democrats had demanded the president be impeached, but Democratic House leader Nancy Pelosi had pushed back against those isolated calls.

However, the clamour grew in the wake of the latest claims. David Axelrod, Barack Obama’s former senior advisor, tweeted: “I’ve been resistant to impeachment talk until now, but if Comey memo is true-and Comey is very credible-we are into a whole new deal here.”

Impeachment is the process by which Congress puts certain officials, namely the president, on trial.  The constitution lays out a broad scope of offences that can lead to impeachment: “Treason, bribery, or other high crimes and misdemeanors”.

It does not mean the president will necessarily be kicked out of office. It proceeds like a bill passing through legislature. First, a majority in the House of Representatives – 218 out of 435 members – must approve articles of impeachment previously approved in committee.

Consequently, the current make-up of the House favours Mr Trump. As it stands, Republicans hold 238 seats while Democrats hold 193. (Four seats are vacant.) That means 25 Republicans would need to be persuaded to vote to impeach Mr Trump, which seems an unlikely scenario.

Then it goes to the Senate, where a two-thirds majority vote is needed to convict the president and consequently remove him from office – even getting the 60 votes needed to overcome a filibuster is difficult for either party these days.

History books show impeachment is far from straightfoward. There have been two presidents who have been impeached in the past and neither were removed from office

Andrew Johnson was the first leader to go through the process in 1868. He was charged with breaking the law after he tried to replace the US secretary of war, Edwin Stanton, without congressional permission. At the time, in the aftermath of the civil war, the president was required to consult the senate about such decisions. His impeachment passed to the Senate, where he escaped being removed from office by a one-vote margin.

The other president was, of course, Bill Clinton over the Monica Lewinsky scandal.  He was impeached for perjury and obstruction of justice in 1998, but he was acquitted in the Senate trial.

Richard Nixon would almost certainly have faced impeachments proceedings in 1974 over the Watergate scandal and undoubtedly would have been removed from office. However, the disgraced president resigned before it got that far and he handed the presidency over to Gerald Ford.

Many people have said Mr Trump is not fit to be president, but this is not an impeachable offence, even under the broad terms of the constitution.

There were calls for action against him over the allegations that he shared classified information with the Russians. But if true, it is unlikely he has broken any law. As president, he has broad authority to declassify government secrets, which is why he defiantly defended himself by saying he had the “absolute right” to do so.

Other have pointed to his conflict of interest over his business dealings. Legal scholars have pointed out that as soon as he was sworn into office, he was in direct violation of the foreign-emoluments clause in Article I, Section 9, of the Constitution, which states: “… no person holding any Office of Profit or Trust under [the United States], shall, without the Consent of the Congress, accept of any present, Emolument, Office or Title of any kind whatever, from any King, Prince or foreign State.” With significant financial interests all over the world, this indeed a murky area for Trump but he has taken enough steps away from his business empijre to ensure this is a non-starter.

The latest controversy could be trickier for Trump. Obstruction of the justice was one of the charges against Mr Clinton and the same charges were being levelled against the president as soon as he fired Comey, who was leading an investigation into the Trump campaign’s links to Russia. Comey’s memo claiming that Trump urged him to end the investigation into Flynn has only fuelled those accusations.

The memo is powerful evidence of obstruction of justice and certainly merits immediate and prompt investigation by an independent special prosecutor,” said Democratic US Senator Richard Blumenthal.

Legal experts say Mr Trump is certainly on thin ice over his comments, as quoted in the memo.
“For the president to tell the FBI to end a potential criminal investigation, that’s obstruction of justice,” said Erwin Chereminsky, a constitutional law professor and dean of University of California, Irvine School of Law. “This is what caused President Nixon to resign from office.”

But the experts said intent was a critical element of an obstruction of justice charge, and the president’s words could be subject to interpretation and possibly put into the context of other actions, like Comey’s termination.