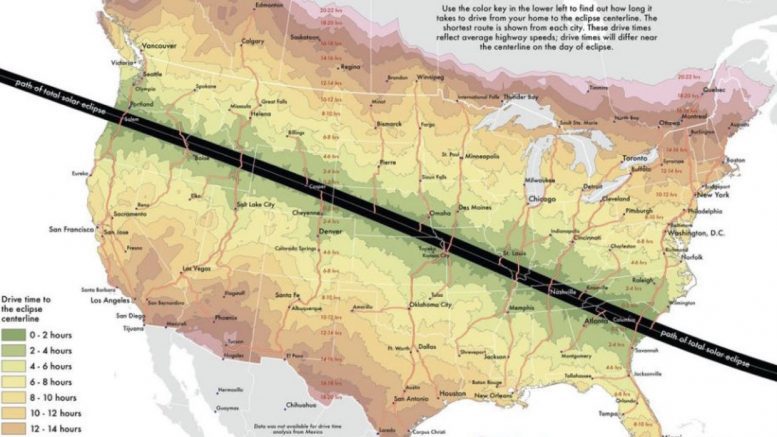 Millions of tourists are expected to take to the roads in the US in the coming days to view a once-in-a-century total solar eclipse.

Authorities expect as many as 7.4 million people to travel to areas where the Moon will completely block out the Sun on Monday 21 August 2017. A total solar eclipse is typically only visible from across the entire width of the US mainland once every 100 years.

Parts of fourteen separate states, from Oregon in the west to South Carolina in the east, lie in the path of the total eclipse, a partial eclipse will be visible from much of North America.

Michael Zeiler, from the Great American Eclipse, said: “Imagine 20 Woodstock festivals occurring simultaneously across the nation. Large numbers of visitors will overwhelm lodging and other resources in the path of totality.

Locals have started charging over $100USD/day to park inside the “totality zone”.

“There is a real danger during the two minutes of totality that traffic still on the road will pull over at unsafe locations with distracted drivers behind them.”

It is the first total solar eclipse that will completely cross the continental United States since 1918 and it is estimated that around two-thirds of the US population lives within one day’s drive of it.

The Independent’s Travel Editor Simon Calder  explains “It’s going to be, I think, the greatest movement of human beings for the purposes of tourism in history – and that’s what’s really worrying the American authorities. The path of totality goes over a large number of significant cities, such as St Louis, Nashville in Tennessee and many other places and, of course, it’s within a few hours drive of tens of millions of people.”

Up 2.1m people are expected to visit South Carolina, which is the closest ‘eclipse state’ to many of the big east coast cities.

Tennessee and Missouri could also attract well over 1 million visitors each with Oregon, on the west coast, also likely to see large numbers.

The state’s government said: “Emergency managers are planning for an influx of about one million visitors into Oregon for several days on either side of the eclipse.

“Since August is already prime vacation season in many areas of the state, expect nearly everything to be above capacity for nearly a week total.

Not everyone will have the chance to view one of nature’s greatest phenomena. Officials at the Cumberland Valley School District in Pennsylvania have refused to let children outside to see the eclipse.

They have sent a letter to parents expressing concern about the potential harm that it may cause if students stare at the Sun.

Authorities throughout the US have been careful to warn observers not to look directly at the Sun and to use specially designed eclipse glasses. 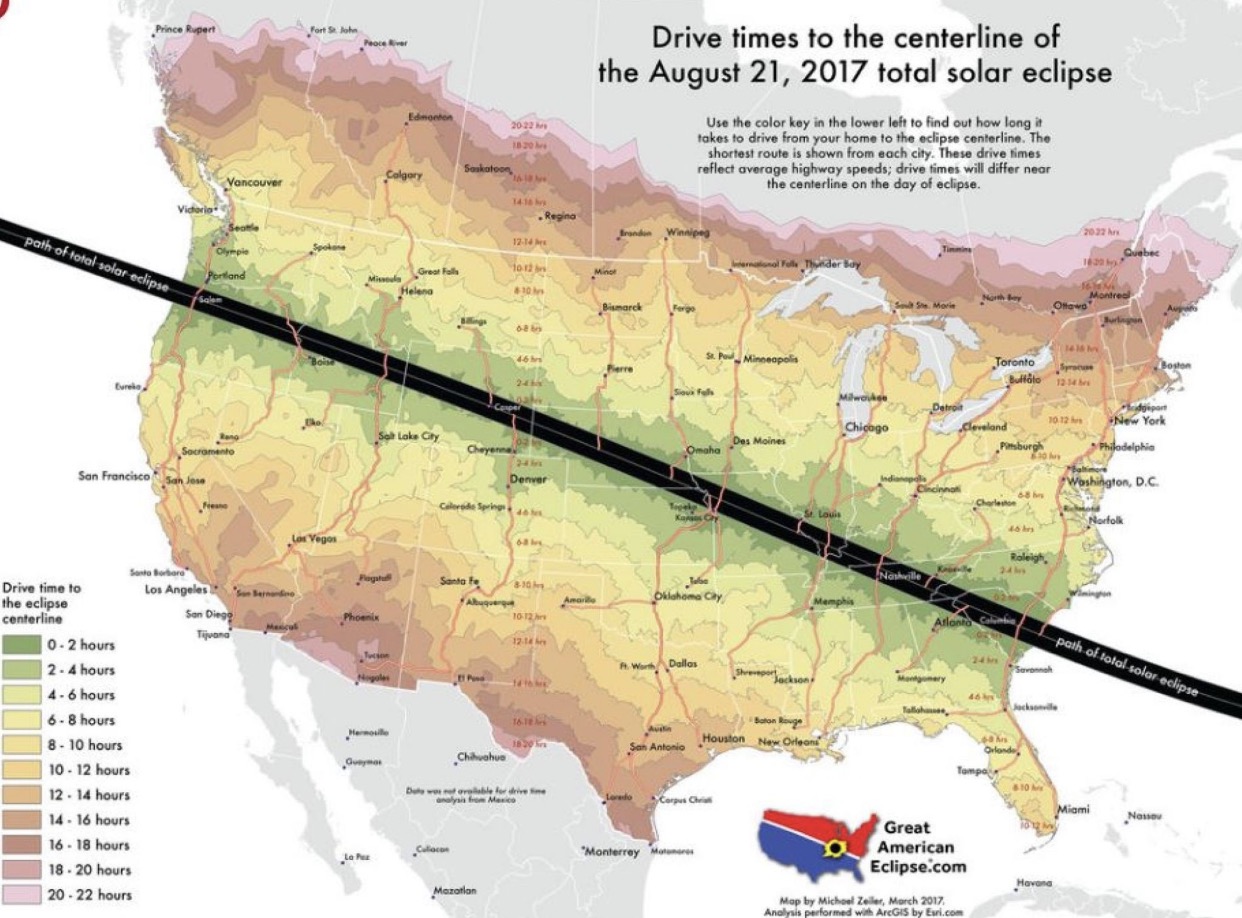