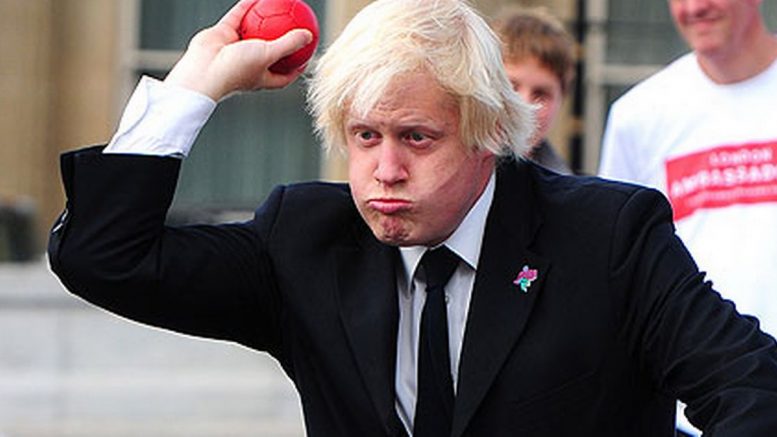 UK Foreign Secretary Boris Johnson has warned Myanmar’s Aung San Suu Kyi that the treatment of the Muslim Rohingya is “besmirching” the country’s reputation and threatening both her her legitimacy and the regions stability.

The UK is the first Western Nation to confront Myanmar over the mutilation, torture, burning alive and beheading of thousands of Muslim children. Turkish President Erdogan lead a group of nations in heavily condemning the Genocide in Myanmar and calling for international intervention.

Johnson however took a rather  nonchalant approach by simply calling on Ms Suu Kyi, the country’s de facto leader, to “use her remarkable qualities” to end “prejudice against Muslims” in Rakhine state.

Johnson’s remarks have sparked fierce backlash across the Muslim world as all but condoning the Genocide by calling the Myanmar leader “remarkable” and referring to the burning alive and beheading of children as “prejudice”.

Suu Kyi won the Nobel Peace Prize for her political activism in Myanmar, which led to the first non-military elected head of state in the country since the military coup in 1962.

Although Htin Kyaw was sworn in as president in 2016 as Ms Suu Kyi is constitutionally barred from holding the position she is considered the de facto leader of the country.

Suu Kyi, who has the title state counsellor of Myanmar, came to prominence in the 1990s when she was placed under house arrest by the military government.

Johnson went on to say: “Aung San Suu Kyi is rightly regarded as one of the most inspiring figures of our age, but the treatment of the Rohingya is alas besmirching the reputation of Burma. She faces huge challenges in modernising her country. I hope she can now use all her remarkable qualities to unite her country, to stop the violence and to end the prejudice that afflicts Muslims in Rakhine. It is vital that she receives the support of the Burmese military, and that her attempts at peacemaking are not frustrated. She and all in Burma will have our full support in this.”

It is expected that Johnson’s vow to support Myanmar will be seen as contradicting his earlier warning and may even lead to the UK as being held as sponsors of the Genocide. It is not the first time Johnson has messed up diplomatic relationships in his rather ill fitting role as foreign secretary after he called Turkish President a “Goat F*****” in 2016 sparking an extremely tense diplomatic stand off between Turkey and the EU amidst negotiations with Turkey to help the EU by housing a million Syrian refugees.

Burma Campaign UK, which lobbies European governments in a bid to restore human rights and democracy in Burma, told Press that the foreign secretary needed have gone a lot further in his confusing remarks.

He said: “Min Aung Hlaing’s soldiers are the ones killing hundreds of Rohingya and he is the only person in Burma with the power to order soldiers to stop attacking Rohingya villagers, shooting children and burning families alive in their homes.”