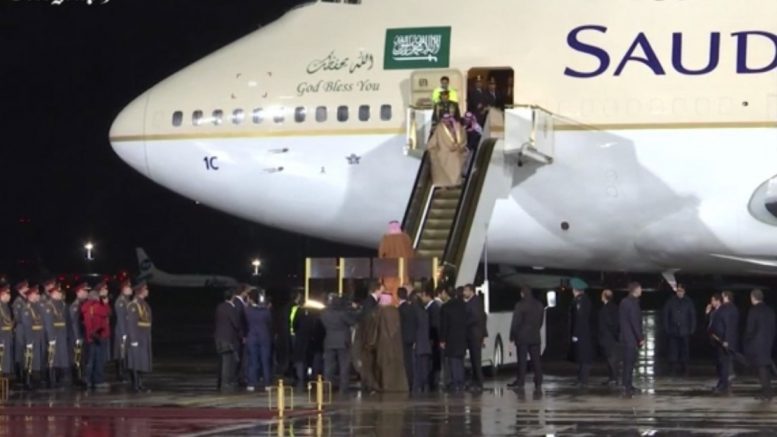 Saudi King Salman’s golden escalator onboard his private jet broke down on visit to Russia trapping the King in a state of awkwardness.

The 81-year-old was disembarking his private plane after touching down at Moscow’s Vnukovo airport when the customised escalator malfunctioned.

He was forced to walk down the rest of the steps, receiving a guard of honour when he finally set foot on Russian soil for the historic visit.

The Saudi king is known for his extravagant trips abroad and is travelling with a 1’500 syrong entourage, two Mercedes Benzes and 459 tonnes of luggage.

In the first official visit of a Saudi monarch to Russia, King Salman met with President Vladimir Putin and signed a slew of arms and energy deals.
“This is the first visit by a Saudi Arabian monarch in the history of our relations and that in itself is a landmark event,” Putin said as he welcomed King Salman to the Kremlin.

“I’m sure your visit will boost the ties between our countries.”

The Saudi king responded: “We aim to strengthen our relations in the interests of peace and security, in the interests of developing the world economy.”
Saudi Foreign Minister Adel al-Jubeir added that “relations between Russia and Saudi Arabia have reached a historic moment.”

King Salman handled the awkward enterence with dignity, pausing for a moment or two before walking the restroom of the way. 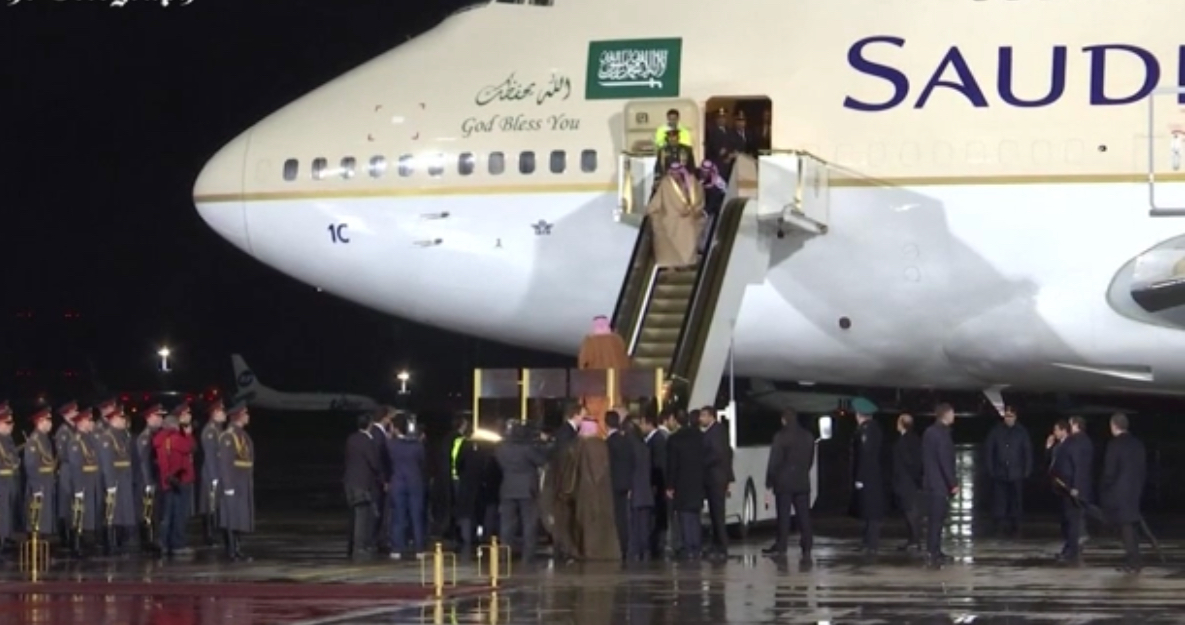