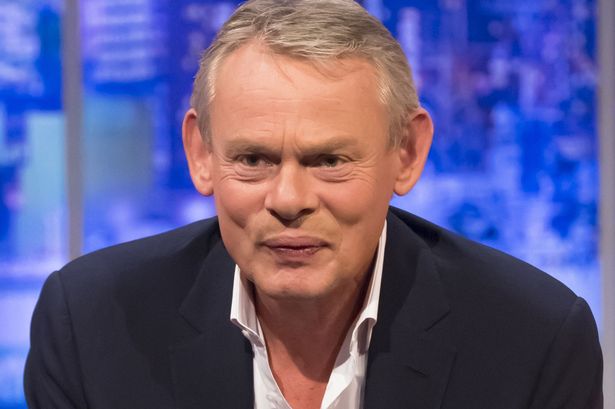 Now high profile British Actor, Martin Clunes OBE has also spoken out accusing actresses of “flirting with producers” in the wake of the Weinstein Scandal.

Martin Clunes, the actor, has accused actresses of flirting with movie producers in a manner he likened to “prostitution”.

Clunes, most well known for staring in ‘Men Behaving Badly’ and ‘Doc Martin’ was given an OBE by the Queen.

The Doc Martin star, 55, told the press at a charity event: “Some of these actresses, there are some draped over **** in a club. If I did that to them I’d be … I don’t know. It’s not news that these predators allowed some people to … I don’t know. Of course it’s absolutely ghastly. It’s a form of prostitution — the oldest game in the book.”

Trump claimed women “let celebrities to anything to them.” Adding “it’s all consensual and informed. They know what they are doing and why.”

Clunes added that he has “witnessed actresses prostitute themselves out to producers.”

Clunes clarifies that some “predators” took advantage of this all too willingly and called it “ghastly”.

Financial compensation in the millions per allegation has been sought in both the Trump and Weinstein scandals.

High profile sexual abuse and historic sexual abuse scandals have been highly prevalent among the political and corporate elite for the last seven years in what Trump describe some as a “modern day witch hunt”.