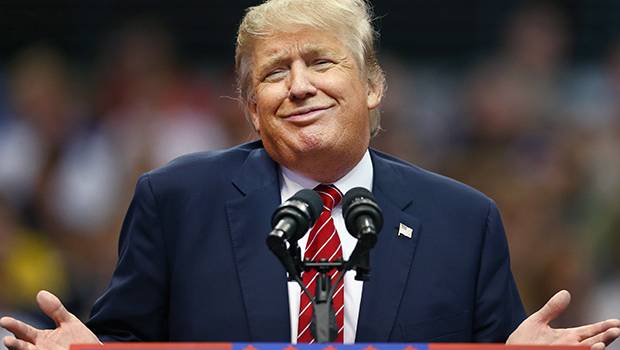 US government shut down

Both Republicans and Democrats seek to blame each other for the first federal stoppage in nearly five years as spending bill is blocked
The US government has shut down for the first time since 2013 after Senate leaders failed to reach an agreement on a short-term spending bill.

Congress had faced a deadline of midnight on Friday to pass a measure that would continue funding the government, with the House having passed the legislation on Thursday. A late-night vote was scheduled in the Senate just two hours before the deadline, but needing 60 votes to pass, which meant Republicans relying on at least some Democrat votes, the bill was voted down.
The shutdown is a blow for President Donald Trump with the White House leading the blame game as both parties accused the other of causing the closure.

While negotiations are continuing to find a deal, the government is technically out of money, leaving scores of federal agencies across the country unable to continue operating – although the effect will be lessened by the shutdown starting over a weekend.

The final Senate vote ended 50 in favour to 49 against. Republicans have a 51-49 advantage in the Senate, but Senator John McCain is currently away on health grounds. The vote did not follow party lines, with five Democrats voting in favour of the measure and four Republicans voted against it.

The drama over the shutdown will continue over the weekend as Democrats seek a deal over immigration reform, the major area of disagreement over the bill.
Trump had spent the day making clear that he laid the blame for the shutdown at the door of Democrats having earlier suggested that a shutdown might be inevitable as Democrats “want illegal immigration and weak borders”.

“Government Funding Bill past last night in the House of Representatives,” Trump tweeted on Friday morning. “Now Democrats are needed if it is to pass in the Senate, but they want immigration and weak borders. Shutdown coming? We need more Republican victories in 2018!”

In a statement issued just before midnight, the White House said it will not negotiate with the Democrats on immigration until the end of the federal government shutdown.
White House Press Secretary Sarah Huckabee Sanders said: “We will not negotiate the status of unlawful immigrants while Democrats hold our lawful citizens hostage over their reckless demands… When Democrats start paying our armed forces and first responders we will reopen negotiations on immigration reform.”

The standoff marked a test of the president’s much vaunted deal-making skills and of both parties’ political fortitude. Republicans, who control both Congress and the White House, faced the prospect of being blamed for the display of dysfunction, just the fourth shutdown in a quarter-century. It could also threaten to slow any Republican momentum, one month after passage of the party’s signature tax cut law.

Democrats face the risk of being labelled obstructionist, with Republicans branding the consequences of no deal a “Schumer shutdown” – referencing Chuck Schumer, the top Democrat in the Sentate – and argued that Democrats were harming fellow Americans to protect “immigrants.”

Ms Sanders used the moniker in her statement: “Senate Democrats own the Schumer Shutdown,” adding, “This is the behaviour of obstructionist losers, not legislators.”

Multiple Democratic senators had also made it clear along the way that they would not vote for another spending measure unless Republicans sign on to a bipartisan legislative fix for the Deferred Action for Childhood Arrivals programme, or DACA, which the Trump administration previously announced would be phased out.

Essentially the US Government has run out of money with talks expected to continue deep into the week.