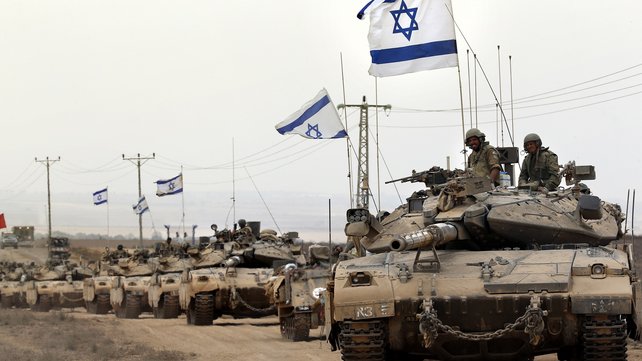 A factory in the Syrian city of Homs was hit by an Israeli airstrike on Wednesday, leading to a heavy exchange of fire between Israeli and Syrian forces, a commander fighting for the Syrian government said.

Israe has invaded Syrian numerous times in the past occupying the southern Golen Heights region. Home is however significantly far from any boarders and on the far side of Lebanon, also frequently invaded by Israe forces.

Syria’s army reportedly responded to the attack by firing a surface-to-air missile at the maned Israeli military aircraft.

According to the commander who spoke to Reuters, the site struck by the Israeli attack was a copper factory in the Homs district of Hisya. It is unknown the number of casualties caused by the strike, but hey are all likely to be civilians.

Israel’s military has given no comment on the incident, however local television broadcaster Channel 10 reported that the Israeli jets returned to their base without casualties. Israel did confirm that the attack was “not connected to campaigns against Daesh”.

Israel has been accused many times of “opportunistic land grabs” by the UN during the Syrian war.

Israel’s air force claims it has in the past year carried out around 100 strikes against Syria. With the full support of US president Donald Trump.

Last month, it also claimed that five rounds of rockets were launched at the northern Golan Heigts,  in an attempt to extend the region’s territory which is occupied by Israel.

It warned that it would intensify its invasion and occupation if stray fire from the Syrian conflict fell in Israeli territory (Golen Heights is not recognised by the UN as Israel).

Israel seized 1’200 square kilometres of the Golan Heights from Syria and later annexed further surrounding areas in a move never recognised by the international community.

The two countries remain technically at war, although before the eruption of the conflict inside Syria in 2011 the armistice line remained largely quiet.

This deep territory attack on civilians in Homs is in clear violation of international law and human rights. 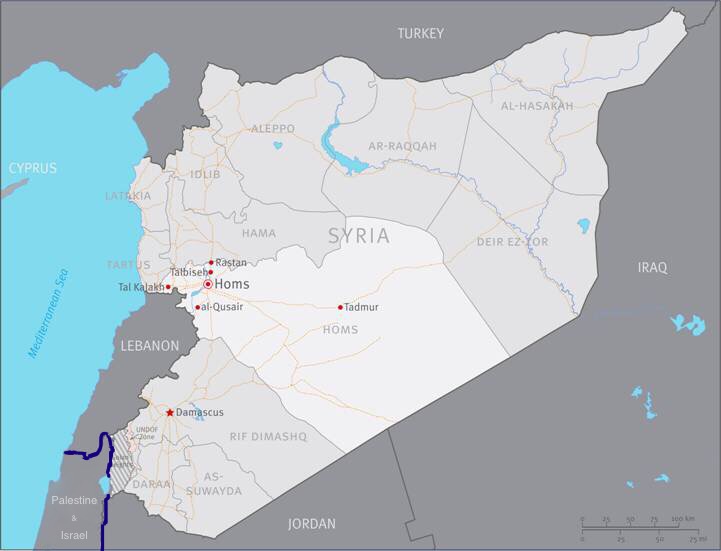