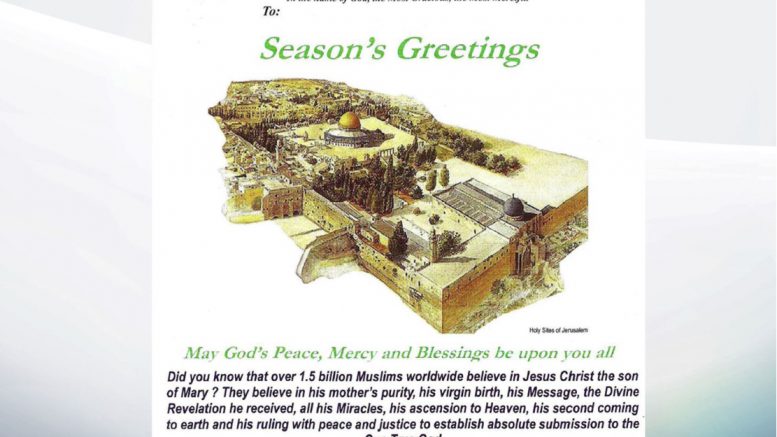 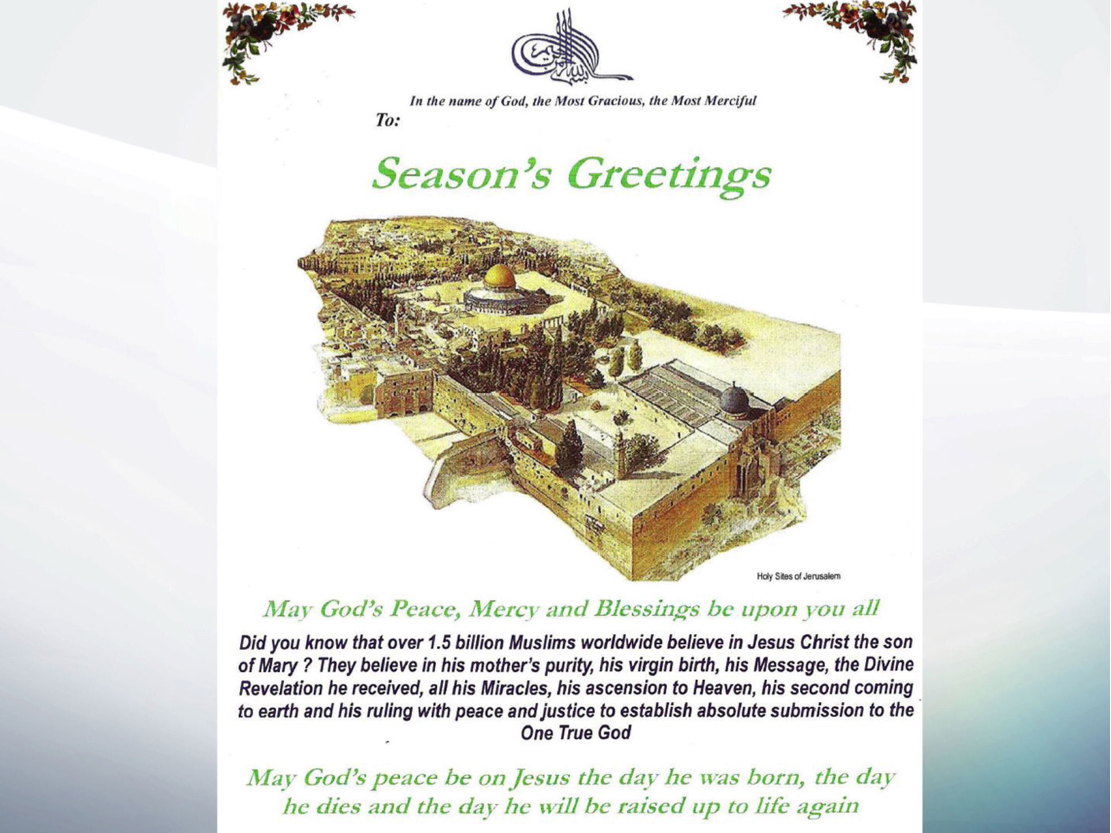 An imam eager to highlight the significance of Jesus (Isa alaihissalaam) for Muslims has sent thousands of Islamic Christmas cards around the world for almost a decade.

Dr Mohammed Fahim, of the Qur’ani Murkuz Trust in east London, has sent his specially designed cards to everyone from the Queen of England to the Pope in a bid to highlight Jesus’s role as a prophet in Islam.

The aim being to combat extremism, ignorance and racism from any and all directions.

The cards are printed with scenes of Jerusalem and verses from the Quran about Jesus’s miraculous life and Mary’s (Marium) miraculous birth of Jesus.

“Almost 10 years ago I decided to design a set of special Christmas cards talking about Marium and Isa from the Quran. I print about 4’000 cards every year. I send them to the members of the British Royal Family, members of the Houses of Parliament, churches, neighbours, colleagues at work, the Pope and all the EU leaders, amazingly I receive so many positive responses and interesting comments.”

”I am pleasantly surprised and honoured that Her Majesty the Queen, the Prime Minister and the Pope respond to my card every year.”

He said: “Muslims believe in all the prophets and messengers of God without making any distinction between any of them, as stated by Allah swt in the Quran. So if they believe in Mohammed and Jesus, why would they celebrate the birth of Mohammed and not the birth of Jesus? To celebrate I mean to emulate, to study the lifestyle of these messengers, the great sacrifices they made and the legacy they left behind.”

Traditionally Muslims do not celebrate such occasions in the manner of popular western culture as it is believed that such occasions should be celebrated every day not just once per year. Respecting and learning from the teachings of Prophets and speaking respectfully of them is the way in which Muslims celebrate the birth and death of Prophets including Isa (Jesus), Musa (Moses) and Muhammad (saws). The key difference is only that in Islam Prophets can not be worshiped, as only Allah (swt) alone is for worship. Prophets instead are emulated, respected and learned from.

The religious leader also hopes his work will help dispel misconceptions about Islam as well as encourage more Muslims to celebrate and study the Christmas story.

“Every year, British Muslims are missing a golden opportunity (Christmas) to propagate the message of Islam, a message of peace, tolerance and justice,” he said. “To show how do they integrate into the British society without losing their religion or watering it down.”

He added: “In trying to deliver this message of peace to as many people as possible, I encourage members of my congregation, as well as my friends, to send my cards to their contacts as well.”

Whilst there are differences in the Jewish, Christian and Muslim versions of the stories of Jesus and Moses the fundamental underlying messages are the same as are the Prophets themselves. The cards are intended  remind people of our common similarities and unity rather than differences. 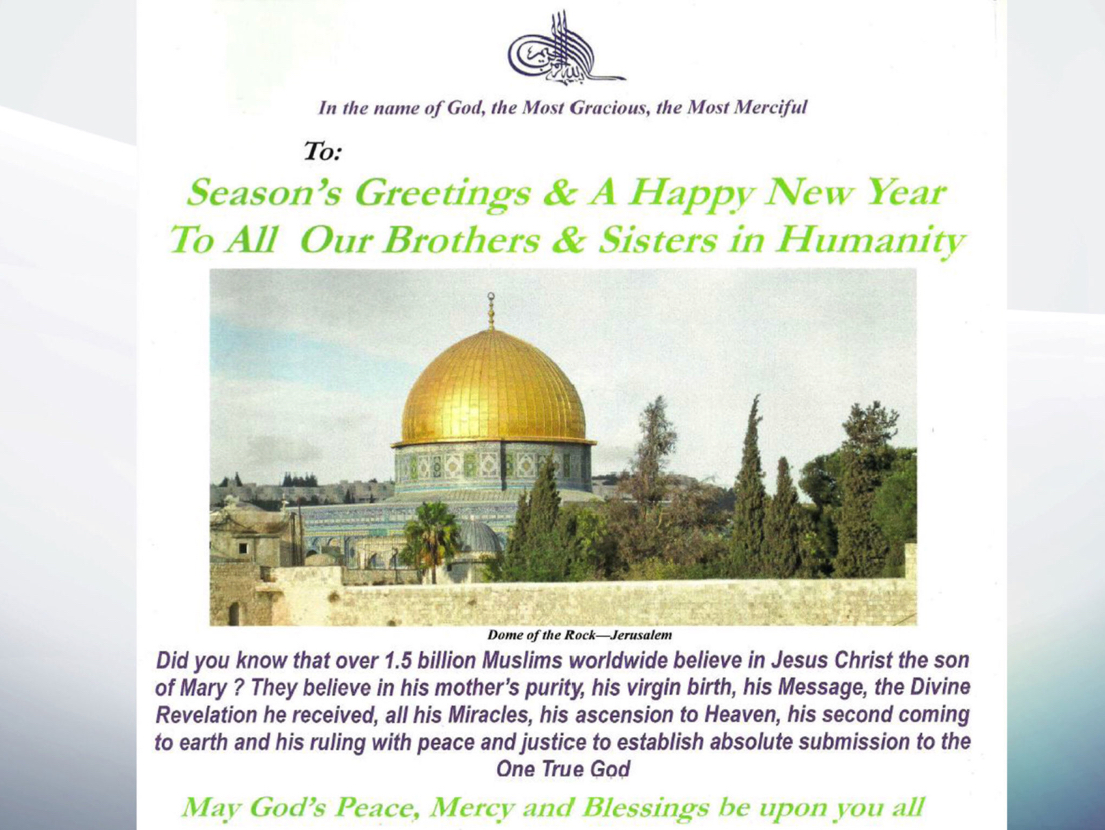