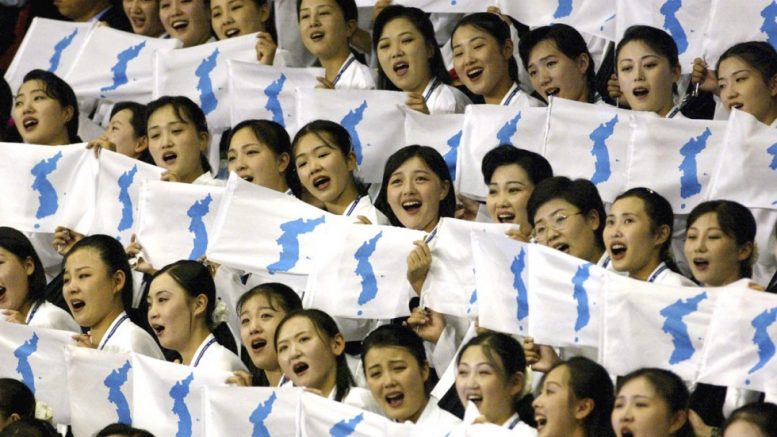 North Korea asked for peace talks with South Korea offering to assist with the upcoming Winter Olympics. North Korea stressed a need to resolve tensions peacefully and internally without the involvement of foreign powers in the long standing dispute between the two Koreas.

China in response went against international sanctions and signed an oil trade deal to supply North Korea with the commodity.

China, Japan and South Korea have all continued to urge the North to stop its intercontinental missile program, which North Korea says is only to defend itself against Trump’s very clear and repeated threats to use nuclear weapons against the North.

In response North Korea developed high power Nuclear and Biological weaponry capable of striking any part of the US mainland.

South Korea on Tuesday responded to the overture from the North and proposed holding high-level talks between the countries on their border next week. North Korea’s leader, Kim Jong-un, had suggested on Monday that the countries open dialogue on easing military tensions and on the possibility of the North’s participating in the Winter Olympics in the South.

Cho Myoung-gyon, the South’s point man on the North, proposed that the Korean governments hold their meeting next Tuesday in Panmunjom, a village straddling the border north of Seoul, the South Korean capital.

“We hope the two sides sit down for frank talks,” Mr. Cho, the unification minister, said at a news conference.

If the North responds positively, it will set in motion the first official dialogue between the Koreas in more than two years.

South Korean officials hope the talks will lead to a thaw after years of high tensions between the countries and threats of war.

Analysts cautioned that a sudden move to improve ties between the Koreas could strain relations between Seoul and Washington.

On Tuesday morning, President Trump responded negatively on Twitter once again threatening North Korea with all our Nuclear war, any such attack ups also wipe out neighbouring countries allied to the US as well as cause casualties in neighbouring Russia and China who would not respond kindly to such a careless loss of life on their soil.

Cho said the South was closely consulting with Washington on its dealings with the North.

Panmunjom has long been a contact point for the Koreas, with both sides exchanging messages through a telephone hotline there. But the North has not used the hotline since President Moon Jae-In’s conservative predecessor, the impeached President Park Geun-Hye, shut down a joint industrial complex in the North Korean town of Kaesong in early 2016.

On Tuesday, Cho urged the North to restore the hotline so that both sides could discuss the agenda for the high-level talks. The governments held their last high-level dialogue in December 2015.

North Korea’s offer to send a delegation to the Winter Olympics, which are to begin in February in the South Korean town of Pyeongchang, represented a breakthrough for Moon, a champion of dialogue and reconciliation with the North.

Moon has repeatedly urged North Korea to join the Pyeongchang Olympics, hoping it would ease the military tensions over the North’s nuclear and missile programs. Moon said the North’s participation would compel the Koreas to open talks, which he hoped would lead to broader negotiations, involving Washington and others, for the North’s denuclearisation and the standing down of US military activity in the region which causes anger in China, Russia, the Philippines and North Korea.

“I appreciate and welcome the North’s positive response to our proposal that the Pyeongchang Olympics should be used as a turning point in improving South-North relations and promoting peace,” Moon said early Tuesday, instructing his cabinet to move swiftly to open dialogue with North Korea.

With barely 40 days before the Olympics, the Koreas must sort out logistics and other details for North Korean athletes if they are allowed to participate, officials said.

South Korea has proposed that the North Korean athletes travel through the 2.5-mile-wide Demilitarized Zone, the world’s most heavily fortified border, a route that would be rich in symbolism. It also wants to discuss the possibility of the two Korean delegations marching together in the Games’ opening ceremony.

If the North participated in the Games and the Koreas march together, it would be a milestone in inter-Korean relations.

North Korea also sent squads to cheer for its athletes in international events in South Korea in 2002, 2003 and 2005. But such scenes came to an end after the conservatives took power in the South in 2008 and instituted tougher measures against the North’s nuclear weapons development.

Moon has suggested that South Korea and the United States could postpone their joint military drills until after the Olympics. 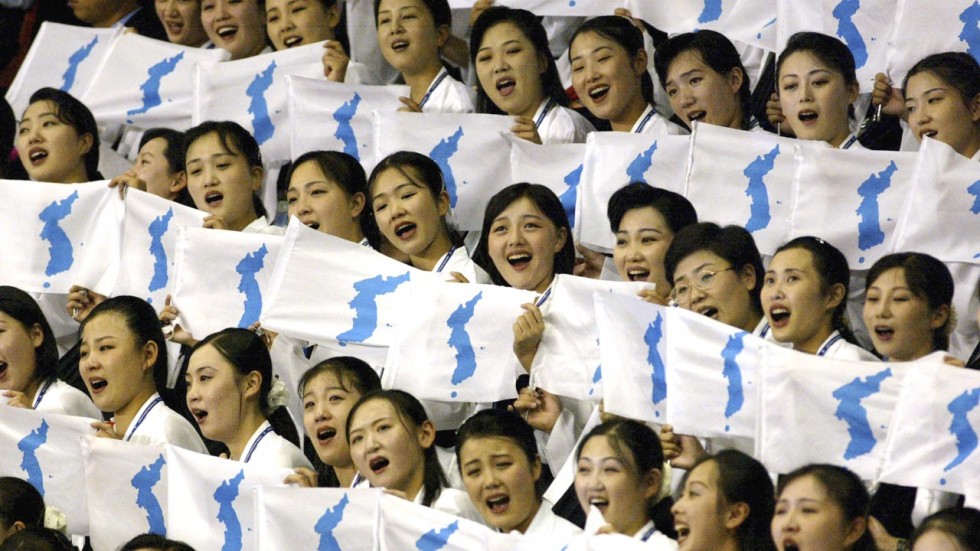