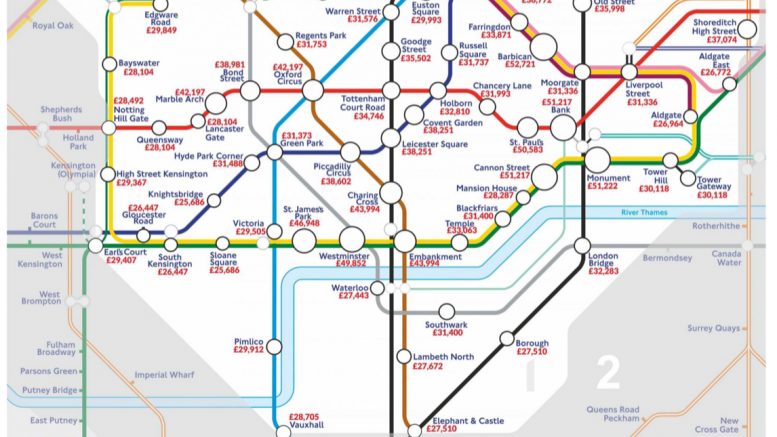 New Tube map reveals how much workers earn on average near London’s stations.

A new Tube map showing how much workers earn on average near London’s stations has revealed employers in the Barbican district offer the capital’s highest wages.

Average salaries for advertised jobs in the area, famed for its arts centre and expensive flats, were over £52’700, according to a study by jobs site Adzuna.

The next highest paying locations are City Tube stops Monument, Bank, and Cannon Street, all over £51’000.

Meanwhile wages in Kensington and Chelsea – one of the UK’s wealthiest areas – are among the lowest, with jobs near Sloane Square paying an average of £25’686, South Kensington £26’447 and High Street Kensington £29’367.

The absolute lowest paid jobs in the capital were found close to Uxbridge in west London, with average pay of £21’786.

Other low-paying areas were near to Hounslow, where the average wage is £22’437, and Hornchurch in east London, where employers pay £22’565 on average.

The highest paid Tube lines were found to be Waterloo and City, with an average of just under £51’000, and the Circle line, along which wages are £47’738 on average.

Doug Monro, co-founder of Adzuna, said: “Jobseekers hoping for a step up the pay scale can pinpoint better-paid positions by looking closely at location. The Elizabeth line, due to launch a year from now, will connect one of these high-paid hotspots, Canary Wharf, to other areas of London.

The route will link Woolwich in the east, Reading in the west and Brentwood in the north east to Canary Wharf, simplifying the journey to the financial district for thousands of city commuters.

“Londoners love to argue about whose Tube line is the best, and in terms of pay the Waterloo & City line takes top place in the commuting charts, with the Circle and Central lines following close behind. Meanwhile, Victoria line commuters may boast of frequent tubes and a speedy service, but this research conclusively shows jobs located along the Victoria line route offer the lowest pay, proving the Victoria line is not where the money is.” 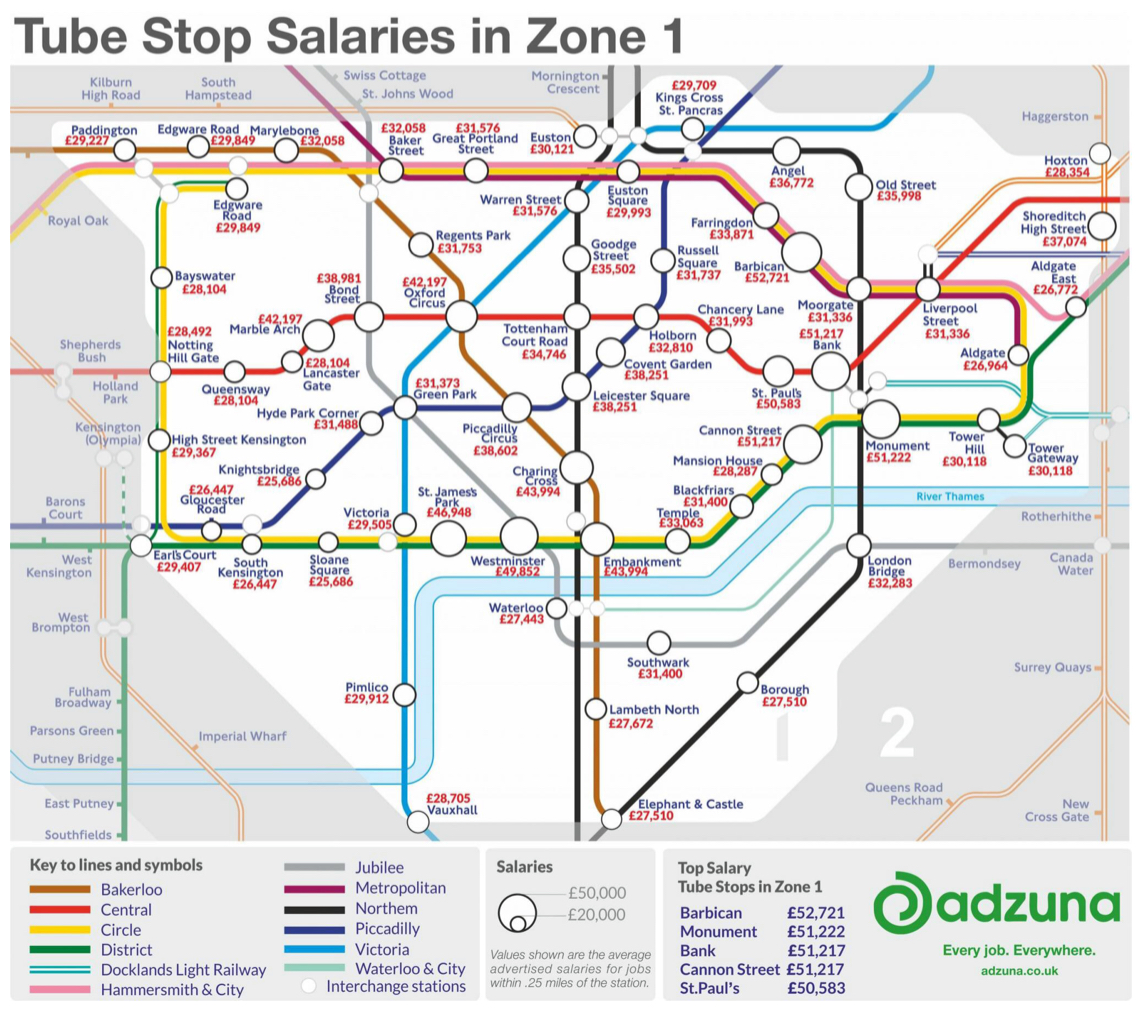