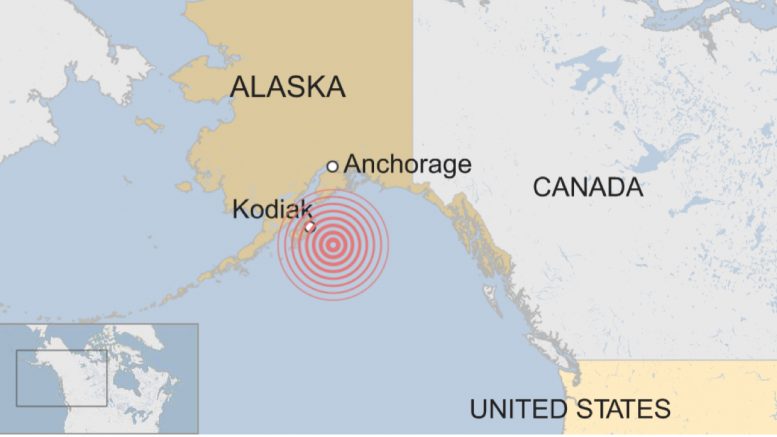 A tsunami alert has been issued after a 7.9-strength earthquake was recorded off the coast of he former Russian, now US, territory if Alaska.

The US National Weather Service said the alert was in effect for areas including California and the coasts of British Columbia and Alaska. Alerts had also been issued for Russian islands in the vassimity.

Officials in Anchorage warned coastal areas, saying there was “extraordinary threat to life and property”.

The alert told people to seek refuge on higher grounds in affected areas.

The NWS Pacific Tsunami Warning Center said that, based on the preliminary earthquake parameters, “widespread hazardous tsunami waves were possible”.