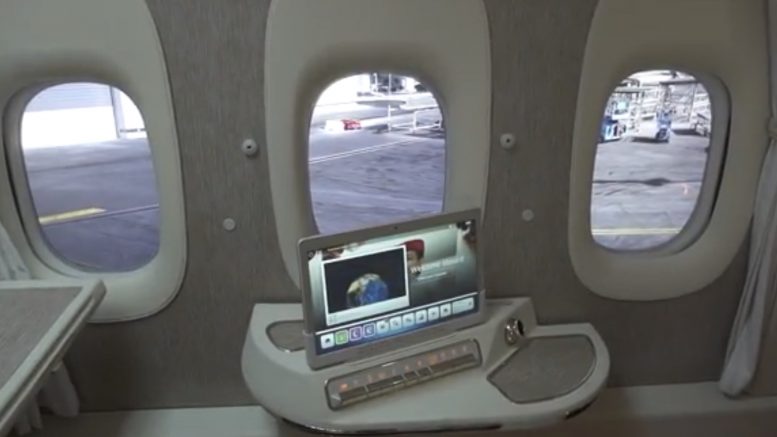 UAE’s Emirates Airline has unveiled a new first class suite on board its latest aircraft that features virtual windows. 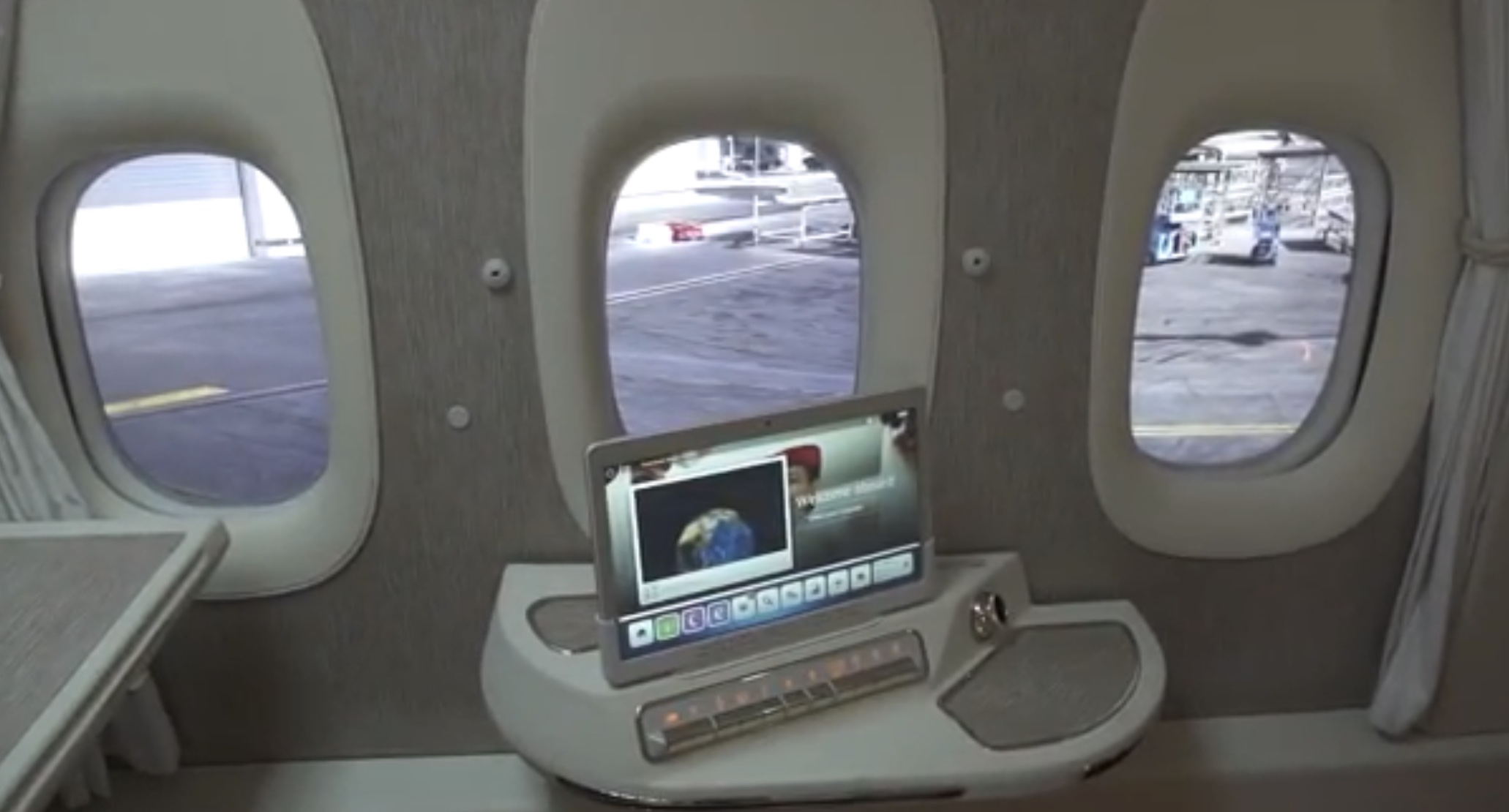 Instead of being able to see directly outside, passengers view images projected in from outside the aircraft using fibre-optic cameras.

The airline says it paves the way for removing all windows from future planes, making them lighter and faster.

Emirates president Sir Tim Clark said the images were “so good, it’s better than with the natural eye”.
The virtual windows can be found in the first class cabin of Emirates’ newest Boeing 777-300ER aircraft.

Clark said that the ultimate aim was to have planes with no windows at all.

“Imagine now a fuselage as you’re boarding with no windows, but when you get inside, there are windows,” he said.
“Now you have one fuselage which has no structural weaknesses because of windows. The aircraft are lighter, the aircraft could fly faster, they’ll burn far less fuel and fly higher.”

Cabin crew need to be able to see outside the aircraft if there is an emergency, aviation safety expert Professor Graham Braithwaite of Cranfield University said.

“Being able to see outside the aircraft in an emergency is important, especially if an emergency evacuation has to take place,” he said.

“Flight attendants would need to check outside the aircraft in an emergency, for example for fire, before opening a door and commencing an evacuation – and anything that needed power to do this may not be easy to get certified by an aviation safety regulator,” he added.

However, aviation regulator the European Aviation Safety Agency said: “We do not see any specific challenge that could not be overcome to ensure a level of safety equivalent to the one of an aircraft fitted with cabin windows.”

Prof Braithwaite said the main obstacle in a windowless aircraft would be passenger perceptions of the technology.

“An aircraft could be very claustrophobic and for many, air travel is anxiety inducing already.
“The refresh rate of screen technology may also have some undesirable side effects – will they flicker? What is the lag? How will it affect someone on a long haul flight?” he asked.

Aviation expert John Strickland said having no windows would make aircraft more structurally sound. The move could also improve fuel efficiency if the fuselage were lighter than the windows it replaced.

“Everything that reduces weight on an aircraft is going to reduce fuel burn,” he said.

However, he personally liked to be able to see out of a plane: “I’m a bit of a window obsessive. For me, artificial windows would be no substitute.”

The benefits would be faster, more fuel efficient flights with a stronger physical structure and longer range. This should in turn create a freeze in price hikes as the improved efficiency would increase corporate profits considerably.