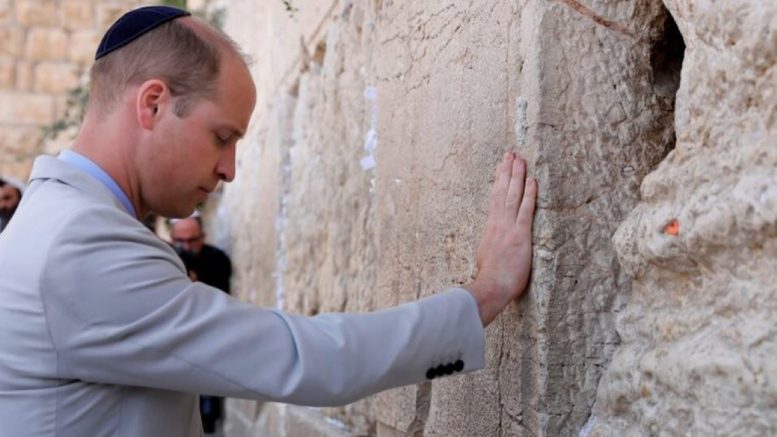 The British Royal, the Duke of Cambridge, better known as Prince William, second in line to the throne of England, is currently on an official tour of the Middle-East, so far calling at Jordan, Palestine and Israel.

In a week where internal leaked documents showed that former British PM, Tony Blaire was guilty of war crimes including torture and genocide, a week where Palestine buried a young nurse killed by an Israeli sniper despite being protected under international NGO laws, and at a time where tentions are at their highest over Trump’s move to no longer recognised Palestine, you would think the Prince would have been well coached on how to be impartial and balanced.

Under UK laws and protocols, members of the Royal family are not permitted to practice any other faith than Church of England Christianity (Protestantism) this has been the case ever since King Henry VIII. Royals who wish to convert must abdicate their succession rights.

Yet contrary to what a barrage of commentary on social media will have you believe this backlash has little to do with religion at all. It is not even about who is right, Palestine or Israel. It is much more simple, yet more more serious at heart. 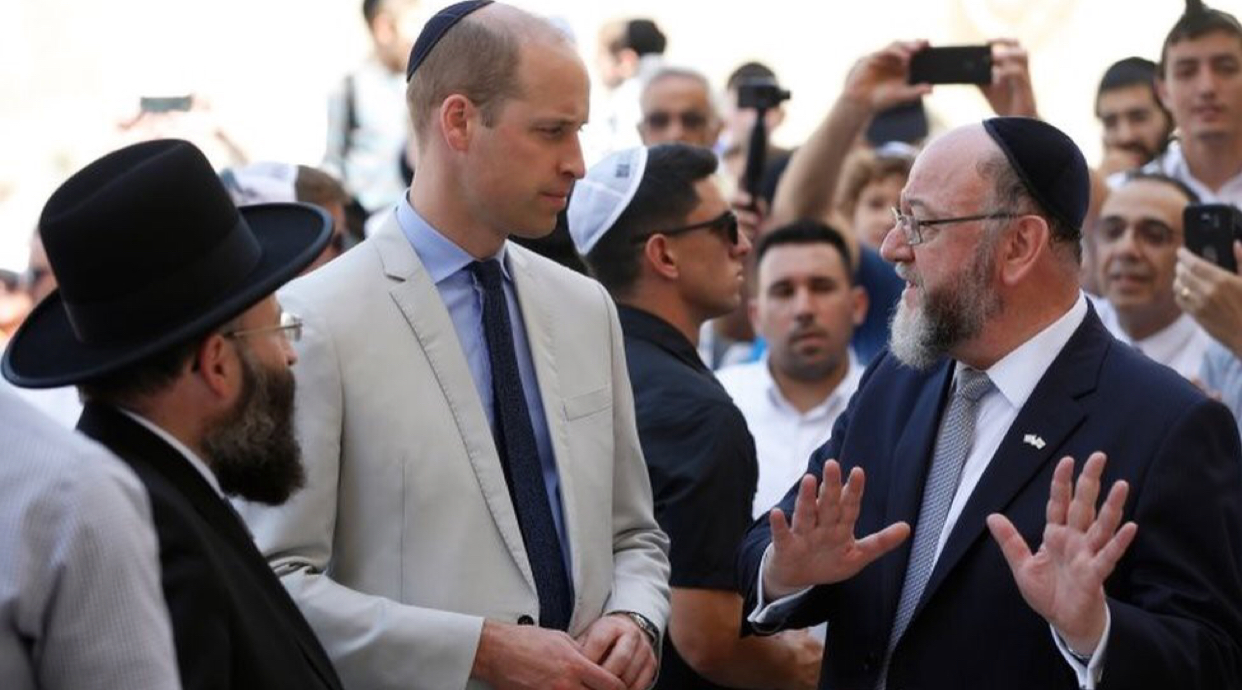 That being said, Prince William has been invited to visit Jerusalem’s most sacred religious sites (Christian, Islamic and Jewish) and his great-grandmother’s grave on the final day of his official tour. 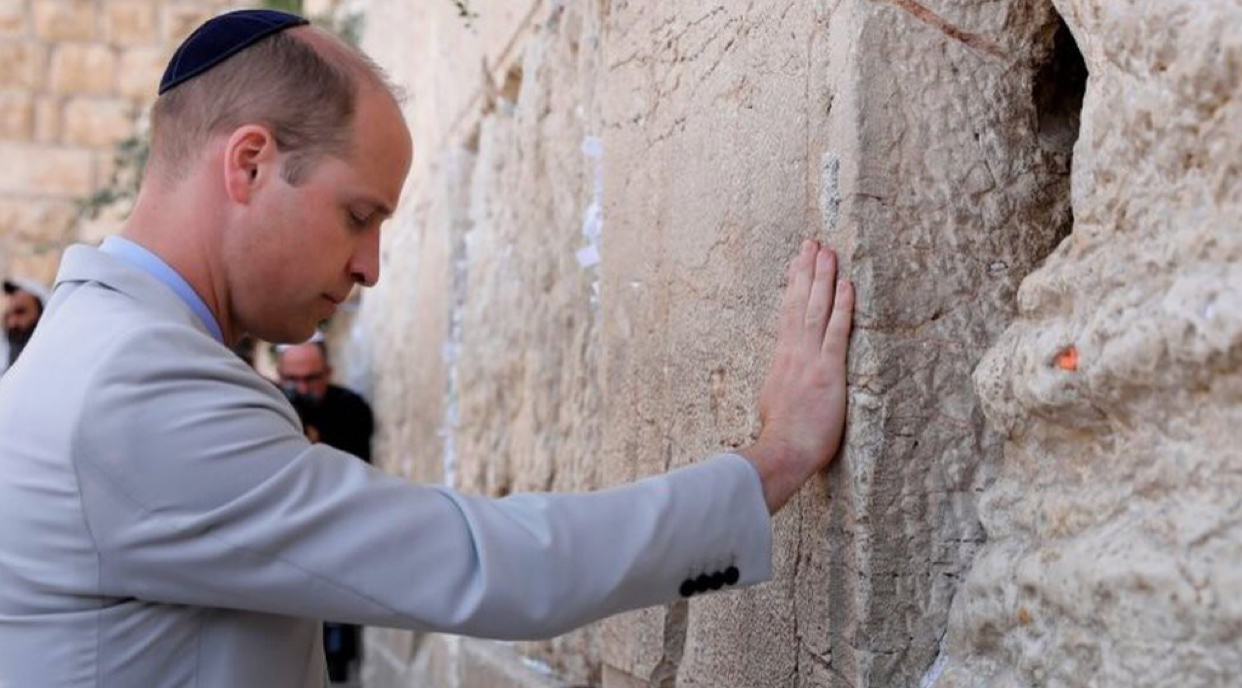 The tomb of Princess Alice – the Duke of Edinburgh’s mother – is at the Church of Mary Magdalene. During Joan visit to the church, William didn’t not change his attire nor pray, for the church was not Church of England. 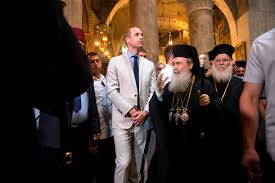 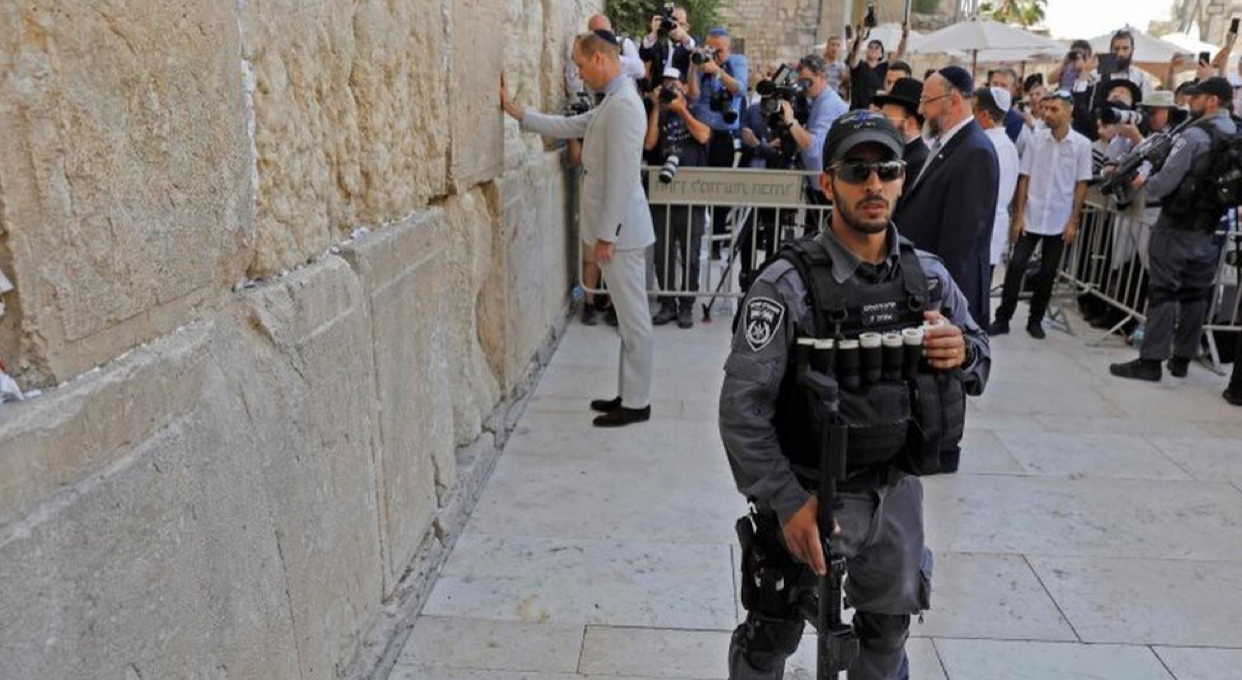 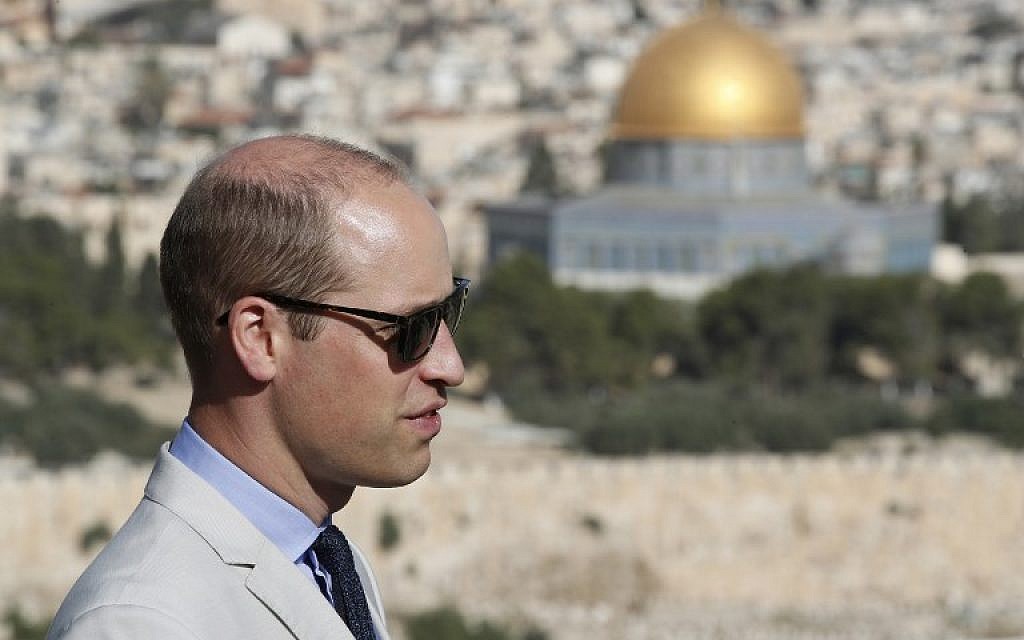 The Prince then visited the adjacent Western Wall, the holiest site in Judaism, where only Jews are permitted to pray.

It is here that the Prince caused eyebrows to rise, although this still, is not the cause of the outrage. The entire tour was escorted by the Israeli Army and visits to the churches and Muslim sites including the tomb of his own great grandmother, had been brief and not included prayer nor clothing changes, despite it being custom to wash and change (wearing of head coverings) in the sites.

The Times of Israel called the event a triumph in PR for Israel.

Prince William’s tour ended at the Church of the Holy Sepulchre, which is widely regarded as Christianity’s holiest place. Many Christians believe Jesus was crucified, buried and resurrected on the site. Again, no participation from the Prince was recorded

The Prince began his morning on the Mount of Olives, taking in a view of Jerusalem’s Old City.

He toured the Dome of the Rock and Al-Aqsa mosque at the Temple Mount/Haram al-Sharif, all be it in brevity.

During his visit to the Western Wall, Prince William – who was wearing a yarmulke (kippah), or religious head-covering, as a mark of respect – approached the landmark and placed a written prayer in a crack in the ancient wall, and prayed, as is tradition at the Jewish only site.

“Today we experienced a moment of history which will live long in the memory of Jews around the world. The Western Wall stands at the epicentre of our faith. To see the future monarch come to pray and pay his respects was a remarkable gesture of friendship and a sign of the duke’s regard for the sanctity of Jerusalem.”

On Wednesday, Prince William became the first royal family member to make an official visit to the Palestinian territories in the occupied West Bank.

While there he expressed hope for “lasting peace” between Israelis and Palestinians.

So why the outrage?

So if the Prince visited sites for Jews, Muslims and Christians why is there so much backlash both from the public and politicians? 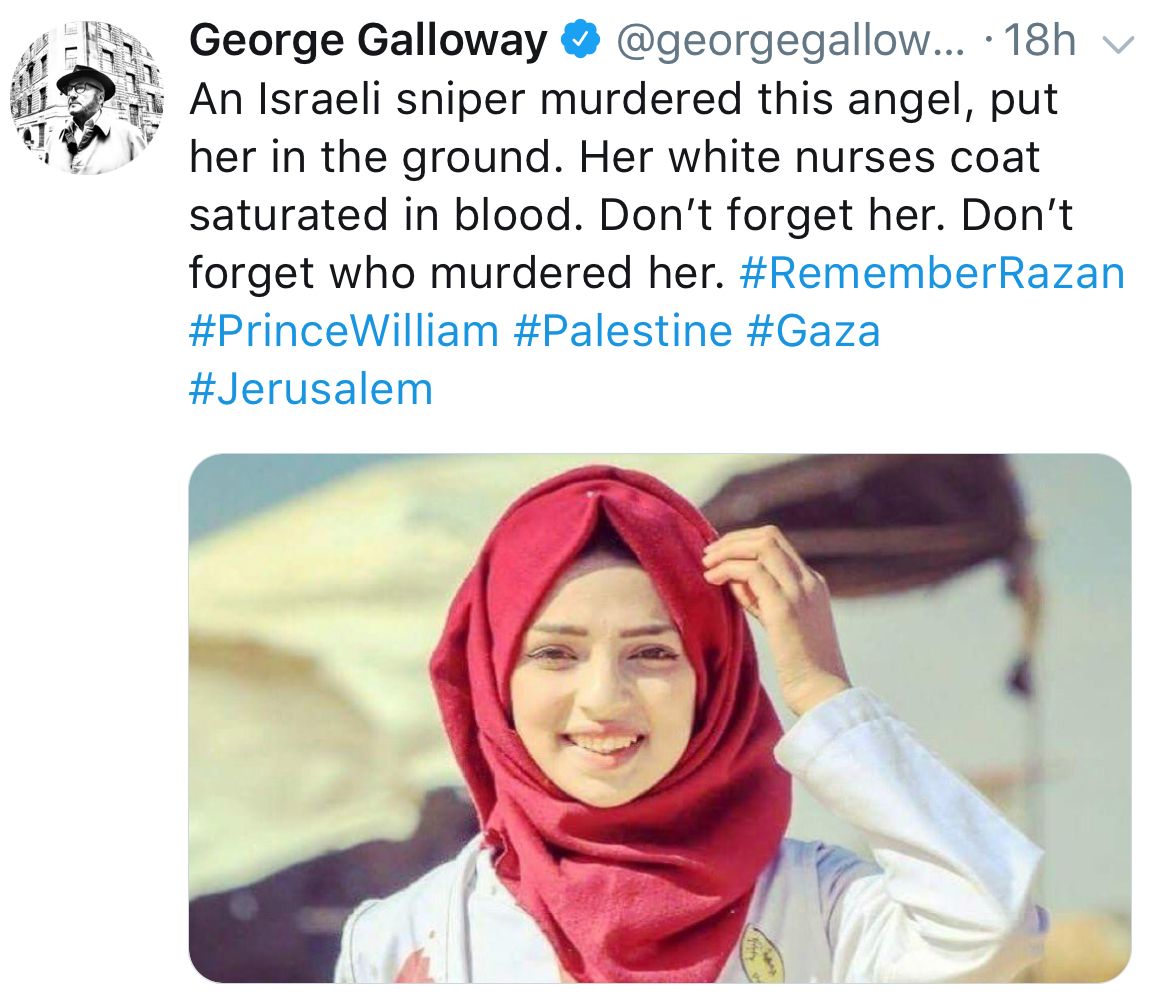 Contrary to the hysteria you will find on social media, the backlash has little to do with religion.

The fact a monarch prayed at a Jewish site and did not at a Christian or Muslim site is bemusing and far from impartial, but not the issue at hand.

The issue of Israeli autrocities and the moral question as to whether or not they should have been included in the tour was also not the issue at hand.

Even the recent tensions over Jerusalem are not the issue at hand.

So what is the issue?

The area Prince William visited are in the Occupied West Bank territories, outside of all maps and boundaries. Under international law ratified by the UN such settlements are illegal.

By the Royal accepting  full formal state visit to the territories he is seen to condone the breaches of international laws and take clear sides in a very serious war.

As such protests broke out across Europe and the Middle East calling for Prince William to abdicate from succession and to be barred from visiting any other Middle Eastern nation.

Whilst it is very unlikely the Prince will suffer any such bars or any reprimand of any sort, it is very ill fitting for the future King of England.

Protests against the Prince included current serving members of the British Parliament.

One member of the protests in London said:

”How can the UK be seen to condone breaches of international law like this in the same week the Tony Blair leaks came out!? Surly this hasn’t damaged out influence in the Middle East further.”