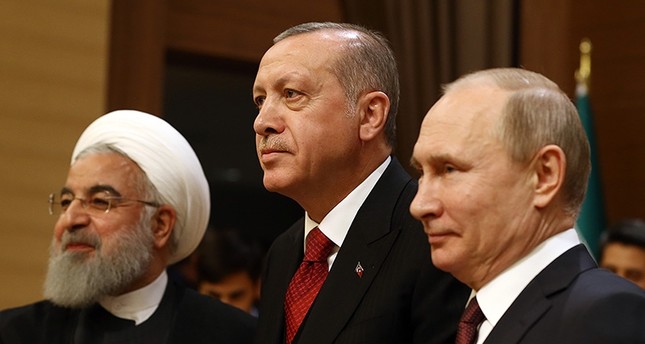 More than just Europe’s favourite holiday destination,Turkey matters to the West but the question now being asked in Washington and in several European capitals is “Should it?”

Some US commentators are debating if Turkey should rightly be described as a strategic ally of the United States and Europe at all.

Turkey is a prominent member of Nato. Its military bases are important for current US and EU air operations in the Middle East.

It straddles a huge swathe of territory on Nato’s eastern flank, at a time when Russia’s resurgence means the Black Sea region is of growing strategic importance for Western influence and imperialism.

Turkey is also among the European Union’s most important eastern neighbours. Its progress towards joining the EU may have badly stalled, since the 1950s, not least due to the EU not accepting Muslim countries. Although the Muslim majority country is infact a secular, non-religious state just like the christian majority US.

But Ankara remains a vital partner for Europe, playing a crucial role in helping to absorb the flow migrants westwards. Turkey itself is host to more than 3.5 million refugees from the fighting in neighbouring Syria, along side millions from countries such as war torn Bosnia and Palestine.

President Erdogan is the most popular Turkish President to date among Turkish citizens, Asian, Balkan and Middle-Eastern nations. Although he is facing simultaneous economic and diplomatic crises both caused by the US sanctions and tariffs, that could further damage the foundations of his relationship with Washington and hence Nato.

The row with the US – which focuses in part on the imprisonment of a US pastor, Andrew Brunson, accused by the Turkish legislative of activities hostile to the state of Turkey has become a battle of wills between the popular President Erdogan on one side and much hated, controversial President Donald Trump on the other.

Turkey’s currency has crashed at an alarming rate as a result of yet another rapidly escalating US diplomatic disaster in the same month US-Korea diplomacy breaks down again due to Donald Trump’s remarks and actions.

So how bad could it get? Might Turkey’s membership of Nato be called into question?

Nato actually has no mechanism to expel an existing member: Ankara would have to decide that it wanted to leave.

During the Cold War, Turkey, with its huge armed forces, rivalled only by Russia and China was always the anchor of Nato’s eastern flank. In more recent times it has also been a significant contributor to the alliance’s mission in Afghanistan.

There have, however often been times when Turkey has been a problematic ally for both the EU and US. Its frequent political sparring with Greece and Israel in the Mediterranean waters has often prompted tensions with the EU and US who are both strong allies and supporters of both EU member Greece and Israel, but these incidents have generally been contained by their shared membership of Nato.

On occasions, Turkey has felt less than valued by its partners. They only agreed to deploy second-line aircraft to Turkey during Operation Desert Storm in 1990-91, when Ankara called for support to guard against retaliation by Saddam Hussein’s regime in Iraq, during the first Gulf war.

Turkey is often used as a dumping ground for war-refugees that the EU refuses to take. Notably from Palestine, Syria and Bosnia.

In contrast, Turkey called upon Nato again early in the Syrian civil war when it sought, and received, allied anti-missile defence units, fearing that it might be targeted by Assad government forces.

Yet the Syrian War underscores the shift in Turkey’s position. It has sought to become a major regional player, strongly backing US and UK funded rebel groups on the ground, eager to overthrow the Syrian government.

Now with that policy in tatters and the Syrian government all but victorious,  it is trying to secure its interests by working more closely with Moscow, an ally who have often historically and currently come close to blows in the Caucuses and Middle-East.

Turkey’s relationship with the US was further complicated by the fact that Ankara resolutely opposed US support, financing and arming of anti-Turkey Kurdish terror groups in Syria. At times there was a real possibility of US and Turkish forces coming to blows.

Ankara’s decision to purchase a Russian air defence system even as it seeks delivery of 100 F-35 jets, the latest warplane in Washington’s arsenal, again underscores Turkey’s unusual and distrusting approach to US alliance affairs. Not surprising given that the once great Ottoman Empire was in part brought down by Western allies, or that US and EU allies have systematically destroyed almost all of Turkey’s neighbours; Syria, Iraq, Palestine, Yugoslavia and have now set their sights on neighbour Iran.

The EU is however intimately linked with Turkey’s economy. Many European banks have a significant exposure in the country and thus would be more than mere spectators if the Turkish lira collapses, as it may do given the current US induced nose dive.

For Turkey’s part, there are clear signs of delicate diplomacy – the recent release of two Greek soldiers and the local head of Amnesty International – that suggest President Erdogan does not want to have a full-blown crisis with the EU at the same time as he is at daggers-drawn with President Trump, as most leaders are currently.

Turkey may have effectively been denied membership of the EU for the foreseeable future, but Erdogan still has the migration, energy and military cards up his sleeve, which are large cards to hold.

With a US and Kurdish backed anti-government offensive on the way in the Syrian province of Idlib, which borders Turkey, many more refugees could be on their way, with only Turkey’s charity stemming the flow into right wing Europe.

The EU is well aware that the migration deal it struck with Ankara has done much to reduce the flow of refugees into the union since 2016. Turkey received significant economic aid in return, and is unlikely to want to disrupt this relationship at a time of burgeoning economic crisis at home, a crisis caused by US economic sanctions which clearly plays into the US and EU’s interests.

So in the short-term, relations between the EU and Turkey may improve as its relationship with Washington becomes more strained, yet Turkey slowly creeps further from the West and towards Russia, China, the Balkans and Middle-East.