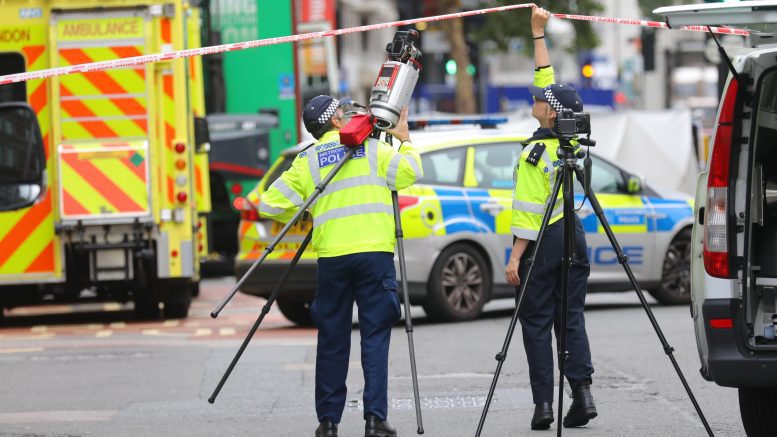 The doctor who served as the homeopathic physician to Queen Elizabeth II of England for the last 15 years has been killed in central London, outside of Al-Sahawat Times (Europe)’s Holborn offices.

A doctor to Queen Elizabeth has been killed cycling in London, outside Al-Sahawat Times’ offices whilst the Sheikh of Oman was present inside. 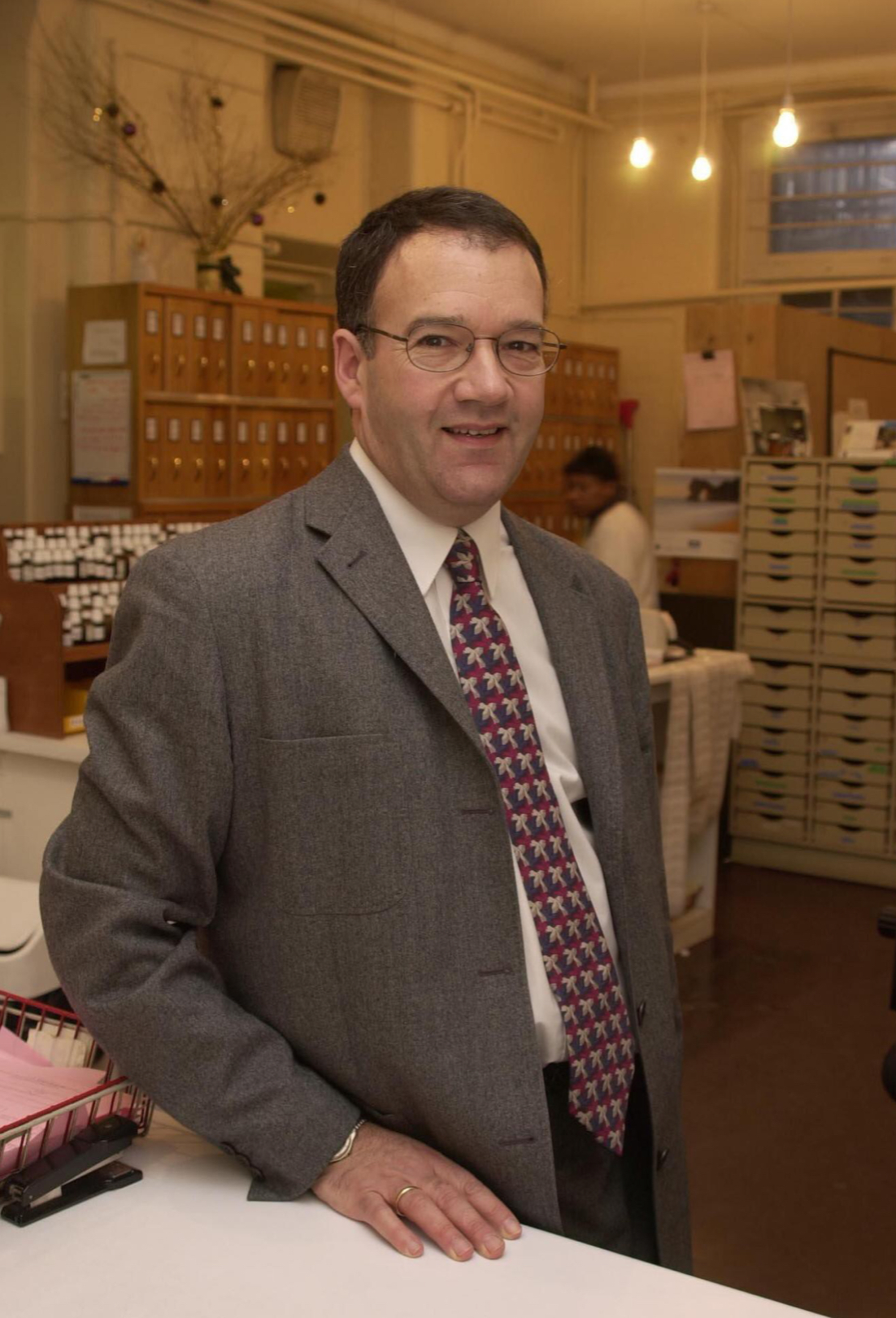 Dr Fisher was a world expert in homeopathy and a member of the royal medical household, serving as homeopathic physician to Queen Elizabeth for the past 15 years.

“Dr Fisher was much respected as a good doctor who saw homeopathy as complementary to medical care. We are all shocked by his tragic loss.”

Dr Fisher was the eighth cyclist killed in London this year, the fifth in collision with a lorry (HGV).

Dr Fisher was director of research at the Royal London Hospital for Integrated Medicine, in Bloomsbury, and president of the Faculty of Homeopathy.

Greg White, chief executive of the Faculty of Homeopathy, said:

“We have lost a leader, not just for the faculty but for homeopathy in the UK and worldwide. It’s no exaggeration to say Peter is an irreplaceable talent. He truly was a giant in all his fields of endeavour, which included clinician, researcher and academic.”

The collision with a Travis Perkins heavy goods vehicle, on National Cycle to Work day, occured around 09:30 Wednesday morning outside the offices of Al-Sahawat Times (Europe).

Dr Fisher is thought to have been commuting to work at the time of the accident.

Bystanders gave CPR but he was pronounced dead at the scene before 10:00.

Angie Bozianu, manager of a nearby cafe said:

“I heard a woman screaming and I looked out of the window and he was under the wheels. People tried to give him CPR and within five minutes the police unmarked security vehicles and the ambulances were here.”

Carlo from a hotel in the same street explained:

“There were screams and within minutes sirens were everywhere the entire area was locked down. The roads as far back as Chancery Lane we’re closed off. It was very clear that this was no normal accident.”

Dr Gualberto Diaz-Saez, scientific adviser for the Spanish Society of Homeopathic Medicine, knew Dr Fisher for 15 years and described him as “brilliant and committed”.

“He was a loving person, generous, committed, intelligent and he had a very clever sense of humour too. It was easy to laugh with him,” he said.

Dr Jose Eizayaga, an Argentinian doctor of homeopathy who had known Dr Fisher for about 30 years, said:

“He was extremely honest, he was kind, respectful and admired in the homeopathic community. He did a great job in scientific medical research. He published many papers on homeopathy. I will remember him as exceptional in every sense. He was a cosmopolitan man who loved to travel and was very cultivated in classical music and art. He knew a lot about writers, philosophy, science and mathematics.”

The Holborn area is notorious for cyclist deaths and injuries. London Cycling Campaign, which is to hold a protest there next Monday evening, has protested repeatedly about the number of deaths and life changing casualties in the area.

The HGV driver stopped at the scene and is “assisting police with their inquiries”. He has not been arrested.

Police have called the the incident a devastating but non criminal accident.

Dr Gill Gaskin, UCLH medical director, specialist hospitals board said: “We are all deeply shocked and saddened to lose Dr Peter Fisher in such tragic circumstances. Peter was a highly regarded colleague and friend of many at the RLHIM, where he worked for more than 35 years. He was an international figure in homeopathy who was committed to holistic and compassionate care for his patients. He will be greatly missed by his colleagues and patients alike. Our deepest sympathies go out to Peter’s family, friends and loved ones at this difficult time.” 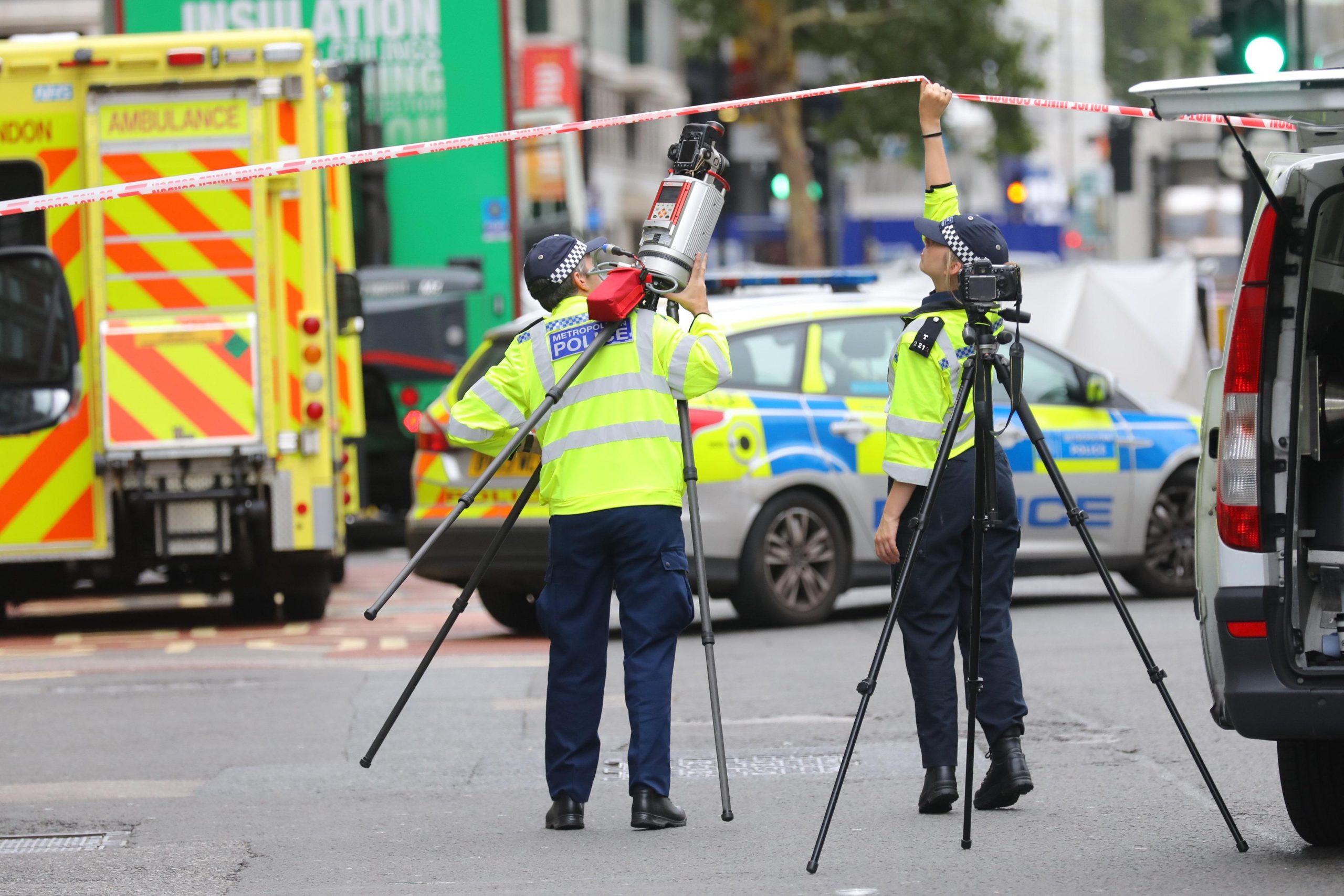 In 2015 Moira Gemmill, 55, who had been appointed as a director of the Royal Collection Trust to work on the royal palaces, was killed in a HGV collision on Lambeth bridge as she cycled to work at St James’ Palace. 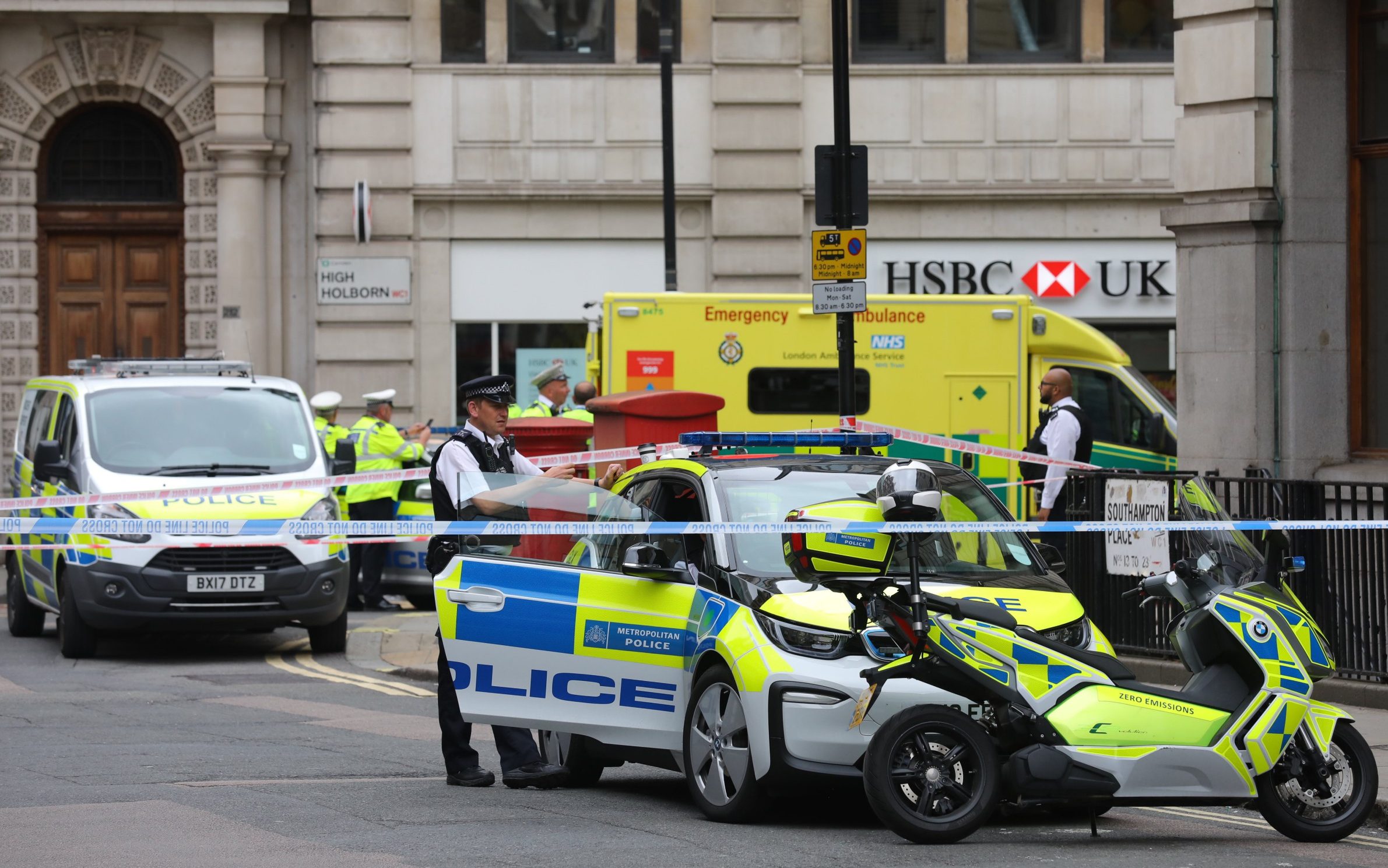 Holborn Tube station and all surrounding streets were closed for several hours following the incident. The Sheikh of Oman, HH Sheikh Shamsaldin Al-Said was present along with two other members of the Omani Royal family at the Al-Sahawat Times offices on High Holborn at the time of the accident. 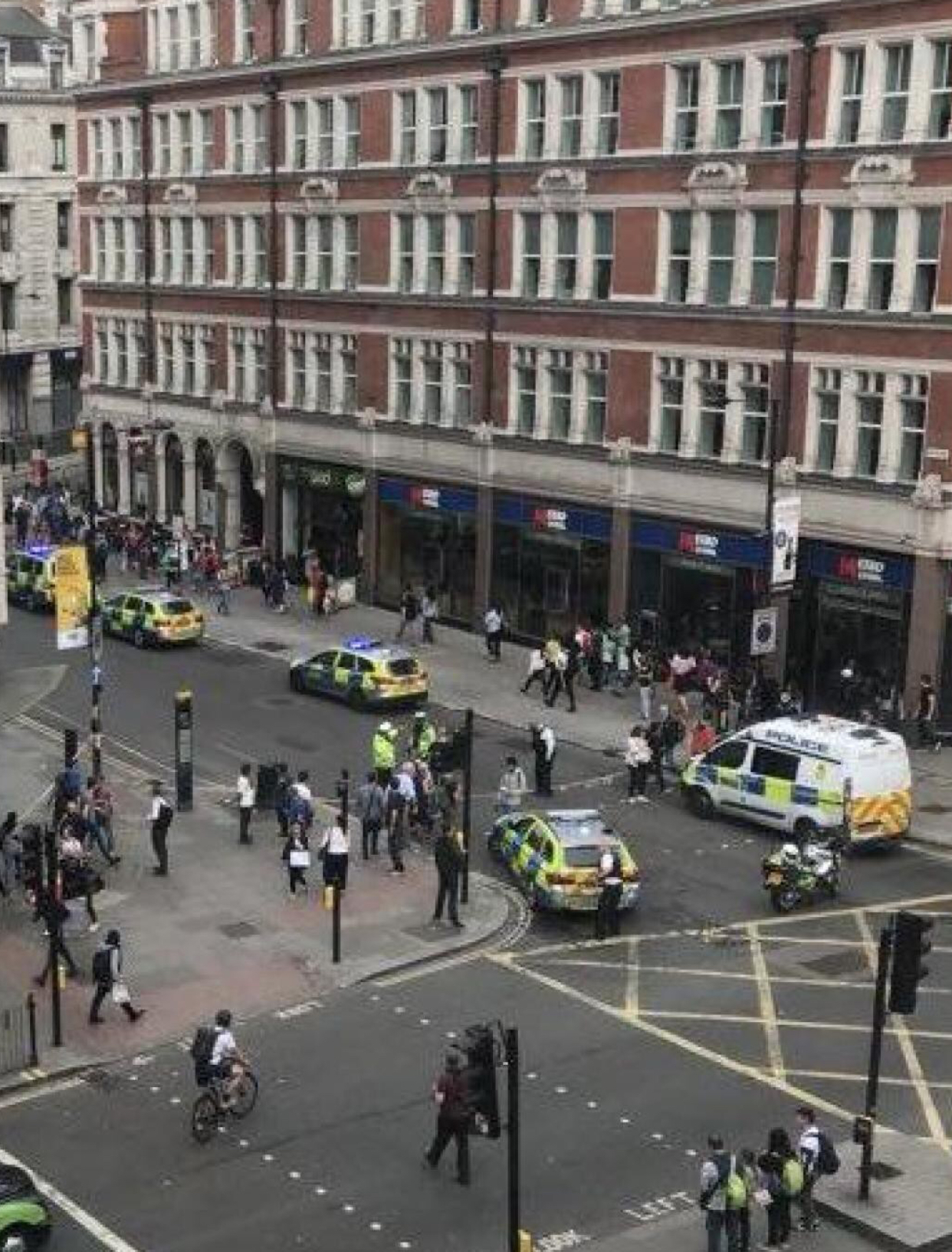 Fearing a potential attack the Met PaDP (Parliamentary and Diplomatic Protection) Force and Oman’s own Palace Guard were deployed to close off the area and assess the situation. 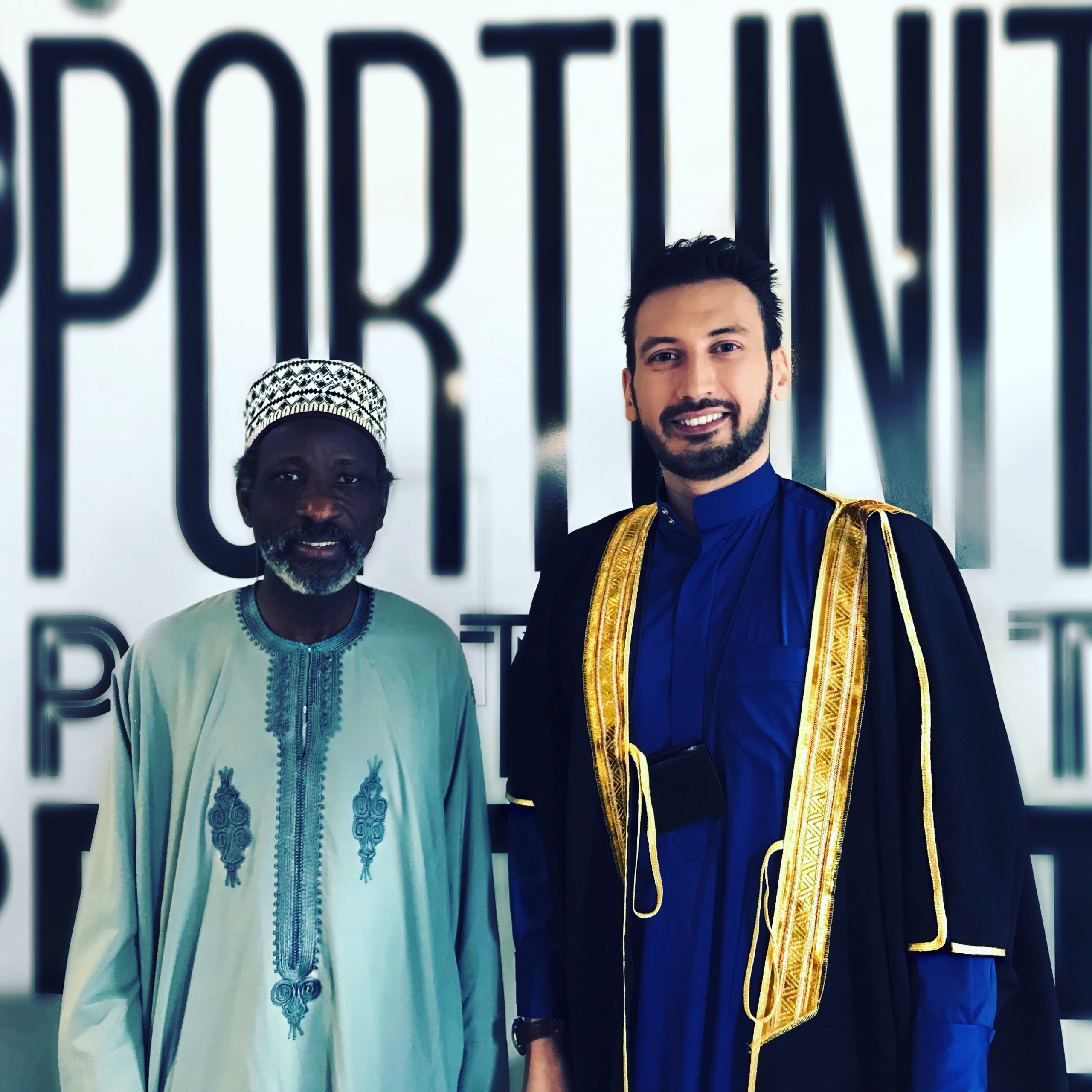 Both the British and Omani palaces have issued their deepest condolences to Dr Fish’s loved ones and all those affected by the events. 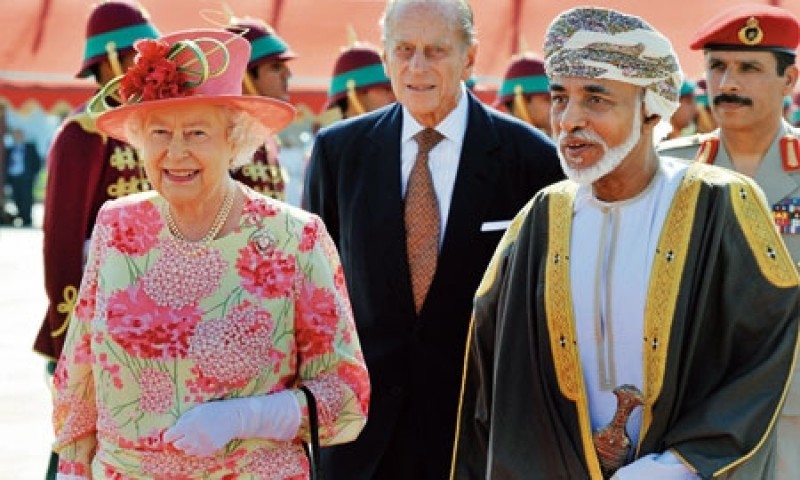