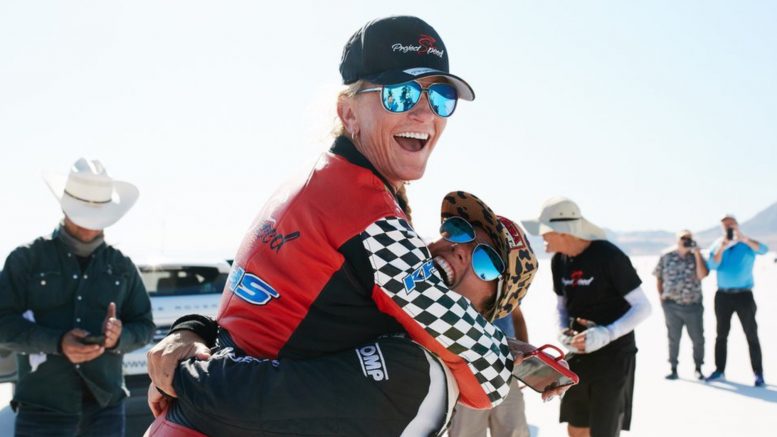 Most of us have fond memories of bicycles as a child peddling as fast as we can and perhaps reaching 25 mph before panting for an ice cream and soda.

For most people, the idea of travelling along the ground at more than 180mph in anything other than a plane preparing for take-off is nausea-inducing.

Denise Mueller-Korenek, it is fair to say, is not most people.

The remarkable speed means the 45-year-old not only smashed her own world record, but the long-standing men’s world record as well.

“It was a crazy wild ride to 183.9 mph, but so worth the sacrifice and years of focus on becoming the fastest human on a bicycle in the world. We weren’t supposed to go more than 175.”

Mueller-Korenek’s record-breaking feat saw her ride her custom-made bike across the Bonneville Salt Flats in Utah on 16 September 2018.

As she followed a racing car driver in a dragster across the flats, Mueller-Korenek made toppling the record look easy.

In order to reach her record-breaking speed, the former US national track, road and mountain bike champion was pulled along by tow rope at 100 mph, before being released to pedal herself, accelerating an additional 83.9 mph using peddle power alone.

From the release point she was riding in the slipstream of the dragster for 3.5 miles, achieving the record average of 183.9 mph over the last mile.

To put that in context, that’s about the same speed a Boeing 747 is travelling just before it leaves the runway during take-off.

As a result of her feat, there are calls for Guinness World Records to stop listing separate men’s and women’s records for physical and sporting achievements.