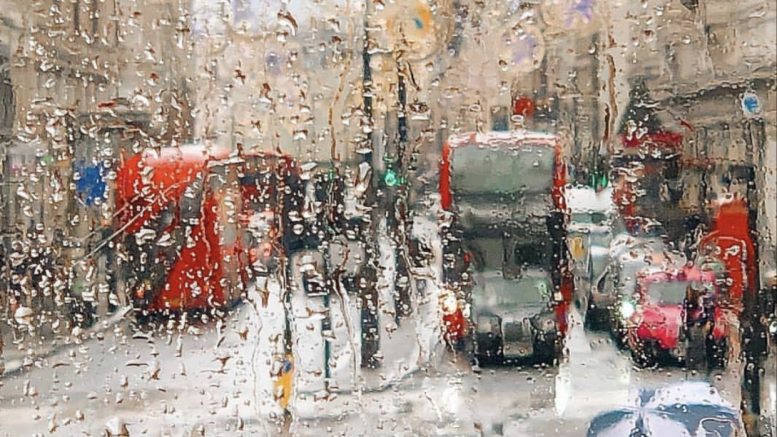 What happened this week?

1) The UK government was found guilty of contempt of Parliament for purposefully failing to disclose legal evidence relating to Brexit, even after a legal order demanding them to do so.

2) Theresa May narrowly survived a coupe after Parliament issues well over 100 votes of no confidence calling for her to be immediately removed from power.

3) The EU refused to offer any assistance or consessions in the form of further Brexit negotiations.

4) It was announced that Brits will require a visa to visit the EU after 3 years and have to pay €7 each time they enter until then. They must also apply for advanced permission to enter the EU.

Travellers at UK airports are now barely being offered one US dollar for each of their pounds, following months of Brexit uncertainty.

Those exchanging pounds at the UK’s biggest airport, London’s Heathrow, are finding as little as $1.05 coming back across the counter.

In many places, sterling now buys less than a euro, with tourists being offered just 80 – 92 cents for every pound depending on location.

In the US the GBPUSD has long been £1:$1 in many exchanges and online retail outlets including famously Apple who first made the fixed rate public back in late 2016 following the Brexit referendum.

Against the dollar, the pound is now at its weakest since April 2017, although it has recovered slightly since Theresa May won her vote of confidence, after dropping below the dollar briefly for 24 hours in some airports to £1:$0.94.

In March 2008 before the infamous global financial crash the pound was briefly worth more than $2.00. The UK is one of the few countries to have never recovered from the crash caused by London and NYC’s banks.

While there are some other factors behind the drop in the pound’s value, such as the receding chances of an interest rate rise, most experts accept that the politics of Brexit are chiefly to blame.

Changing money at a port or airport is the most expensive way of doing so, and there are usually much cheaper deals online.

Tourist rates are also more expensive than Forex exchange rates, as they take into account the costs of providing the bureaux de change itself.

But the weakness of the pound leaves anyone thinking of going abroad next year with a dilemma: Should they buy their currency now, or wait, in the hope that the pound will recover? If the UK leaves on a bad deal or no deal Brexit the GBP will almost certainly collapse to hostorically low levels well below the Euro or Dollar.

“It remains to be seen how things will play out as we head towards the UK’s exit from the EU, but we are facing even more uncertainty, and uncertainty is one of the biggest causes of volatility for currency,” said Mr Stafford-Taylor.

“Amongst all the chaos, people should stay alert to the political landscape to give them the best chance of buying their holiday currency when the pound is strong.”

So how do you get the best deal on your tourist money?

Shop around for a rate: There are lots of comparison websites available to find out the best rates, both online and on the high street.

Avoid buying cash at the airport: If you need some currency to take with you, Emma Grimster from Travel Supermarket says “you could end up throwing away money” if you don’t plan ahead – particularly if you get your cash from the airport.

Use an overseas travel card: Getting a travel credit card that doesn’t charge any transaction fees to get cash out of an overseas cash machine is the cheapest way of getting currency, according to analysis from Money Saving Expert.

Buy half now and half later: If you think the pound may go up or down significantly before your holiday, Helen Saxon of the website Money Saving Expert says you can always hedge your bets. “If you’ve bought half now and the rate goes down i.e. you get less dollars to the pound, then at least you’ve got half at the higher rate, and similarly if the rate goes up, again you’re getting half at the higher rate.”

Know your charges: It’s not exactly the most exciting bit about going on holiday, but being clued up about the charges involved with withdrawing from an ATM in another country is the best way to avoid any surprise fees.

Consider the cost of living: Attempting to book a holiday, but not feeling super confident with the changing rates? Emma Grimster says you should think carefully about what board you choose when staying at a hotel. For example, all-inclusive may be a better choice – depending on the country you’re visiting.