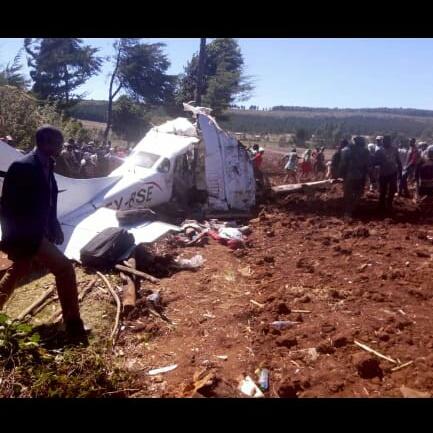 Kenyan police on Wednesday confirmed the death of all five passengers, including three Americans on board a light aircraft that crashed in Kericho County, at Kamwingi area in Londiani in the Western part of Kenya.

Kericho County Commander James Mugera said the plane was heading to Lodwar town in the country’s north with the pilot and four tourists. Police said the pilot was Kenyan and the nationality of one of the passengers on board has not yet been established.

Pictures of the wreckage from a farm in the Masaita Forest View Village, were shared on social media.

He said the names of the dead are not being released until their families are informed.

Police say they have commenced investigations to establish the cause of the crash.