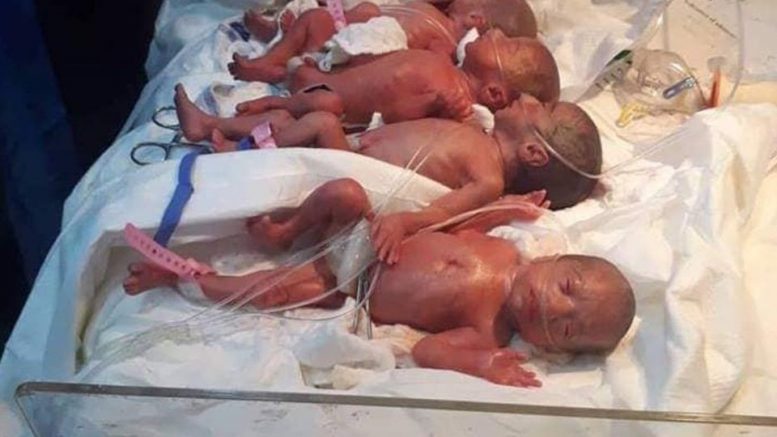 The startling birth occurred at a hospital in the Diyali Province of eastern Iraq in what is believed to be the first septuplet birth in the country.

The young mother, 25, is in good health after giving birth to SEPTUPLETS (seven children) in an incredible natural birth, with all the children reportedly in perfect condition and doing well مَا شَاءَ ٱللَّه.

Spokesman for the local health department Firas Al Izzawi said in a statement that the unnamed 25-year-old mum had a natural birth and was perfectly healthy after the procedure مَا شَاءَ ٱللَّه.

The seven newborns, six girls and one boy, are said to be in good health after receiving medical check-ups shortly after the remarkable birth.

Local media reported that it is the first case of septuplets being born in Iraq.

The children’s father Youssef Fadl said that he and his wife who already had three children together had not been considering having more children and they now have 10 youngsters to look after مَا شَاءَ ٱللَّه.

In 1997 the world’s first set of surviving septuplets were born to Kenny and Bobbi McCaughey in Des Moines, Iowa, USA.