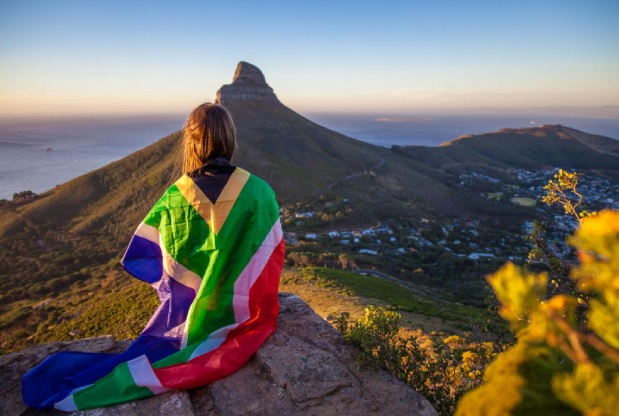 The recent discovery of significant gas reserves in South Africa has raised great expectations for their potential beneficial impact on the country’s energy needs, according to Minister of Mineral Resources, Gwede Mantashe, quoted in the local press.

These pronouncements by Mantashe, who is also the National Coordinator of the governing African National Congress (ANC), were shared last night with members of the National Parliament during a debate on President Cyril Ramaphosa’s Speech to the Nation on 7 February 2019.

South Africa must prepare to receive foreign investors who will exploit the resources found by the French company Total, said the Minister, who said that these actions will mean the entry of millions of dollars into the national economy.

In answer to statements by the leader of the opposition party Fighters for Economic Independence, that this discovery will become national value sustained with local funds. Mantashe said that South Africa is not an isolated state as it was during apartheid and that international companies will come to the country and it will be necessary to prepare for it.

Last week Total announced the discovery of important gas reserves in waters 175 kilometers from the southern coast of South Africa, in Outeniqua Bay, with at least one billion barrels of gas, which was confirmed by Ramaphosa in his Speech to the Nation.

This could change our country and will have significant consequences for energy security and the development of the oil industry in our country, said the president.

Total’s vice-president, Kevin Mclachlan, said he was satisfied with the discovery of these deepwater reserves and announced that new prospections will be made in that block. According to Aldworth Mbalati, head of South African oil and gas exploration company DNG Energy, this finding means a source of energy security for the country and a major shift in the transition to cleaner sources for generation, with lower carbon monoxide emissions (60 percent below those of oil).

He warned, however, that there is a long way to go to have an overall assessment of the discovery that ‘has placed South Africa on the world map of gas reserves’ and would also mean that there are greater reserves and resources.

Luvuyo Mokasi, who heads the Central Energy Fund, pointed out that these reserves, in addition to energy security, will be a mechanism to face the ever-increasing rise in oil prices.

For his part, economist Azzar Jamine told the press that Total’s discovery is worth one trillion dollars over 20 years, while his colleague David Shapiro shared his optimism and asserted that South Africa would save large amounts of foreign exchange if it could stop relying on oil imports.

The discovery of gas reserves in South Africa coincides with the power generation crisis of the state-owned company Eskom, which restarted daily service cuts throughout the country due to unit breakdowns and a financial crisis that led to the President’s decision to segregate this powerful state entity into three departments.