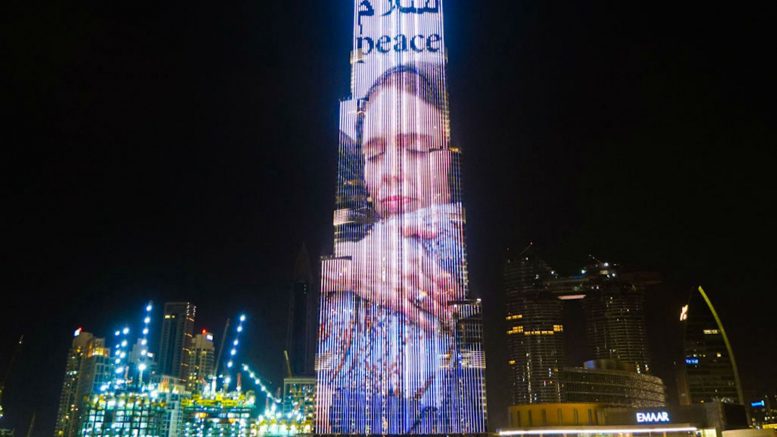 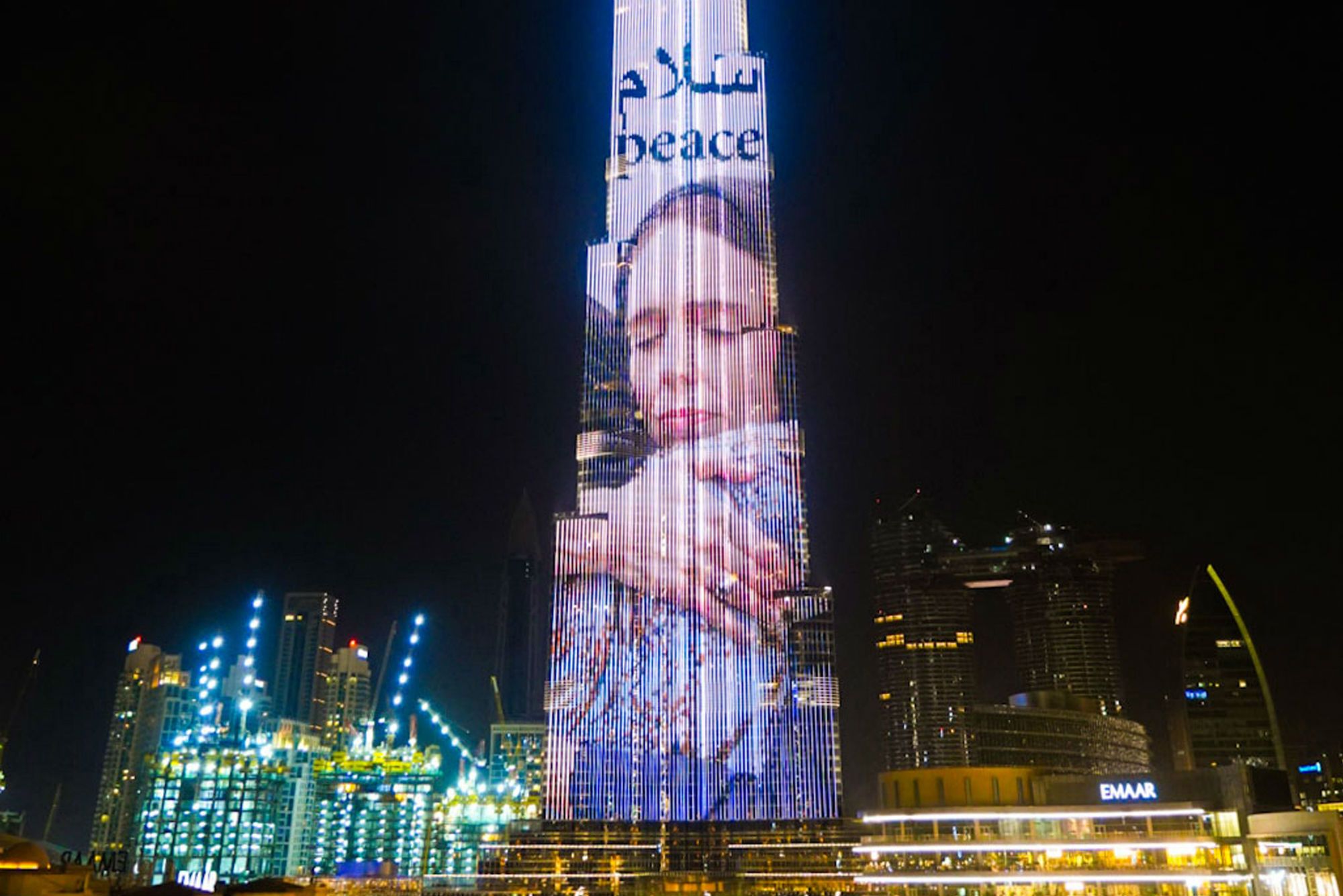 An image of New Zealand’s leader was projected onto the tallest building in the world to honor her for her response to the mass murder of 50 Muslim worshipers at two of the country’s mosques.

A photo of Prime Minister Jacinda Ardern in a hijab hugging a person affected by the anti-Muslim attack lit up Dubai’s Burj Khalifa on Friday, as many of New Zealand’s citizens attended a prayer service and vigil in honor of the victims.

“Thank you PM @jacindaardern and New Zealand for your sincere empathy and support that has won the respect of 1.5 billion Muslims after the terrorist attack that shook the Muslim community around the world,” Dubai’s Emir and second in command of the UAE, Sheikh Mohammed bin Rashid Al-Maktoum tweeted.

The touching image was displayed below the words “peace” in Arabic (Salaam) and English on the 2,723-foot skyscraper.

Ardern, 38, has won widespread praise in the wake of the massacre for being quick to meet with victims’ families, moving swiftly to tighten gun laws and calling on social media giants to fight extremism on their platforms.

New Zealand responded instantly with large public performances of the Hakka, a traditional Maori war dance and symbol of culture, pride, strength and unity. The performances were held by groups of all ethnic backgrounds as a sign of solidarity with the Muslim community around the world. Approximately one in 1 in 5 people in the world are practising Muslims, roughly the same as the number of Christians (practicing and non-practising combined).