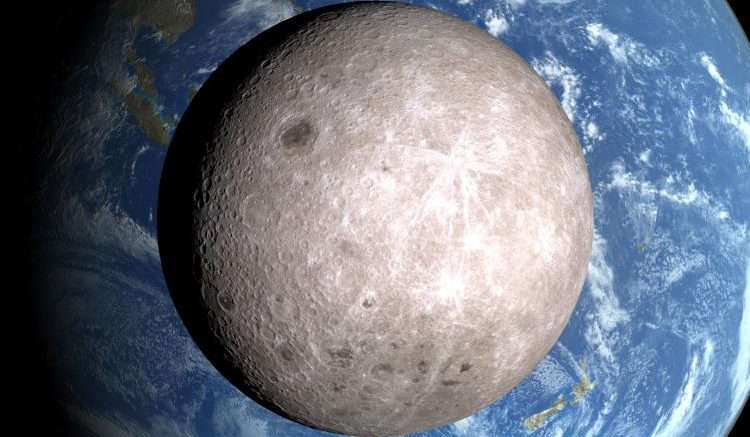 The Moon is shrinking, moving further away and shaking itself apart

The moon, which is slowly inching further away from the Earth at a rate of 4cm/year is also shrinking as its interior cools which is causing “moonquakes” on its surface to shake the moon apart. NASA has said.

It has slimmed down by about 50m (150 feet) during the last several hundred million years, according to the US space agency.

According to NASA, the moon gets “wrinkles” – just as a grape wrinkles when it shrinks down to a raisin.

However, the moon’s surface crust is not flexible like a raisin, but brittle, it said.

This means when the moon shrinks it creates “thrust faults” – where one area of the crust pushes up over another neighbouring part of the surface.

Seisometers were placed on the lunar surface by astronauts during the Apollo 11, 12, 14, 15 and 16 missions to measure the strength of the quakes.

The moment magnitude scale measures a quake in terms of the amount of energy that is released and is now the most commonly used worldwide to log large events.

Researchers examining the seismic data gathered during NASA’s Apollo missions traced the location of some of the quakes to step-shaped cliffs called scarps on the lunar surface.

They formed relatively recently, in geological terms, due to the ongoing subtle shrinking of the moon as its hot interior cools.

New analysis of the data found that six of the quakes happened when the moon was at its farthest point from the Earth in its orbit.

Thomas Watters, lead author of the study, said: “Our analysis gives the first evidence that these faults are still active and likely producing moonquakes today as the moon continues to gradually cool and shrink.

John Keller, of NASA’s Goddard Space Flight Centre, said: “It’s really remarkable to see how data from nearly 50 years ago and from the LRO mission has been combined to advance our understanding of the moon while suggesting where future missions intent on studying the moon’s interior processes should go.”

NASA announced earlier this year that it wants to send the first woman, and the next man, to the moon by 2024.

Renee Weber, a planetary seismologist at NASA’s Marshall Space Flight Centre, said establishing a new network of seismometers on the lunar surface “should be a priority for human exploration of the moon, both to learn more about the moon’s interior and to determine how much of a hazard moonquakes present”.

The study was published in the journal, Nature Geoscience.