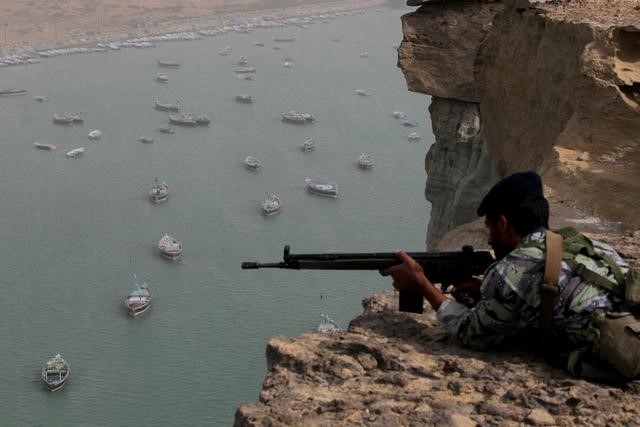 National Security Adviser John Bolton announced on Sunday that the US would send the USS Abraham Lincoln aircraft carrier, and its associated strike group, to the waters near Iran to “send a message”

President Donald Trump’s National Security Adviser John Bolton announced on Sunday that the US would send the USS Abraham Lincoln aircraft carrier, and its associated strike group, to the waters near Iran to “send a message”.

This is the latest in an on going escalation of threats towards Iran from the US. In a similar way to how the US tried and failed to bully and threaten North Korea.

The UK called the US withdrawal from Iraq of alleged fears of attack from Iran, false and dangerous.

But the US will be sending the powerful carrier to a job it’s arguably ill-suited for, putting thousands of sailors at a major military disadvantage and should a conflict come, putting the sinking of a US aircraft carrier easily within Iran’s sights.

Though the carrier’s deployment to Iran’s nearby waters may have been planned long ago, Bolton has been clear that the ship’s return to the region marks a response to “a number of troubling and escalatory incident and warnings” from Iran.

While Bolton did not get into specifics, a report from Axios said Israel passed the US “information on an alleged Iranian plot to attack” US forces or interests in the region.

The Wall Street Journal cited US officials as saying new intelligence “showed that Iran drew up plans to target US forces in Iraq and possibly Syria, to orchestrate attacks in the Bab el-Mandeb strait near Yemen through proxies and in the Arab-Persian Gulf with its own armed drones.”

Iran has always been careful not to stray out of its own sovereign waters in the Gulf with military drills avoiding the sovereign waters of neighbouring Oman, UAE, Saudi Arabia, Kuwait, Bahrain and Qatar.

US aircraft carrier strike groups represent the highest order of naval power ever put to sea, but they’re not the right tool for every job.
As Caitlin Talmadge, an associate professor of security studies, pointed out on Twitter, US carriers are “designed for operations on the open ocean.”
As a floating airbase with guided-missile destroyers and cruisers sailing nearby for anti-missile defences from land and sea, the carriers are best off when moving around far from the range of missiles fired from ashore.

Iran’s home field advantage would sink any tanker that decided to attack.

In the shallow, brown waters of the Arab-Persian Gulf and the Omani-Iranian Strait of Hormuz, the narrow pass through which about a fifth of the world’s oil passes through, Iran’s outdated submarines and missiles see a vastly uneven playing ground more than levelled out.

“Ideally, a Nimitz class carrier would operate within comfortable range of its targets (based on the range of its air wing) but at sufficient stand-off distance to minimize the risk of enemy threats,” Omar Lamrani, a senior military analyst at Stratfor, a geopolitical consulting firm, told Business Insider. “This varies based on operating environment, but is usually between 300 to 400 nautical miles.”

Aircraft carriers do send a message, and have been relied on for such by presidents for decades, but according to Talmadge, it’s kind of an empty threat in this situation.

In the Gulf wars, or against militants like Daesh, aircraft carriers made plenty of sense.

“Iraq has tiny coast, couldn’t contest US carrier presence, so unusual situation,” continued Talmadge, who pointed out that Iran was a different kind of beast.

But “Iran’s geography & military capabilities, particularly presence of significant assets near Strait of Hormuz, make sailing carrier through Gulf a lot riskier, and w/ less benefit given US ability to deploy carriers in Arabian Sea & Indian Ocean instead,” she said.

In fact, the Arab-Persian Gulf, Iran’s home waters, plays directly into their hands. One of Iran’s favourite and best documented ways to harass the US Navy is to use fast attack boats in a swarming attack.

Swarm boat attacks, would “not be much of a danger in the open sea,” where the carrier had room to manoeuvre, but could be a problem in the choked gulf.

“Iran has various systems that can be a threat within the Persian Gulf, including anti-ship cruise missiles, fast attack craft and swarm boats, mini-submarines, and even asymmetric tactics like UAV swarms that seek to harass rather than disable the carrier,” Lamrani continued.

Aircraft carriers lack on-board defences against torpedoes, something that an old Iranian submarine could manage. In the noisy brown waters of the Persian Gulf, the US Navy may also struggle to track such small boats.

Furthermore, Iranian media has fantasized for years about sinking an aircraft carrier. In the country’s state-controlled media, the massive ships are often seen as targets ripe for sinking.

With US-Iranian relations hitting a startling new low, the Trump administration’s decision to send an aircraft carrier to Tehran’s home waters seems a risky choice with little apparent payoff. Unless the aim is to temp Iran into sinking the boat with an aim of sparking all out conflict.