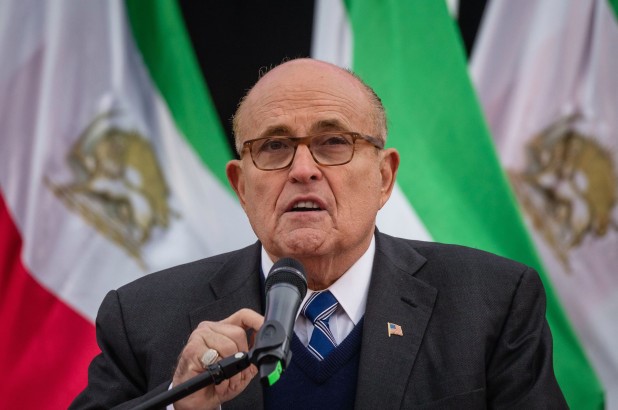 President Trump’s personal lawyer Rudy Giuliani is planning a trip to Ukraine in an attempt to encourage the country to investigate actions in the country leading up to the 2016 presidential election, a report said Thursday.

Giuliani the media that he is going to Kiev to meet with Ukraine’s president-elect and urge him to continue a probe into whether Democrats worked with Ukrainian officials to interfere in the election on behalf of Hillary Clinton.

The former mayor also wants the country to find information about Joe Biden’s son Hunter and a Ukrainian oligarch.

“We’re not meddling in an election, we’re meddling in an investigation, which we have a right to do,” Giuliani told the Times. “There’s nothing illegal about it.”

Giuliani said that the investigations were already in progress and the purpose of his trip would be to encourage them to continue the process.

“I’m asking them to do an investigation that they’re doing already and that other people are telling them to stop,” he said.

“And I’m going to give them reasons why they shouldn’t stop it because that information will be very, very helpful to my client, and may turn out to be helpful to my government.”

Ukraine’s president-elect, political comedian Volodymyr Zelensky, has expressed interest in replacing the prosecutor who oversaw the probes. He is set to take office next month.

President Trump has claimed that Ukrainian officials attempted to help Hillary Clinton during prevail in the 2016 presidential election by leaking information about his former campaign manager Paul Manafort.

He has asked the attorney general to find out whether Ukrainians interfered in the election.
Trump has also called for more scrutiny of Hunter Biden’s work with a Ukrainian energy company while his father was vice president.