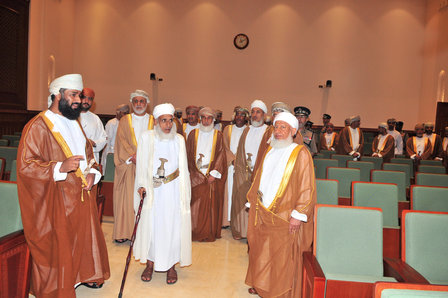 Oman has registered the best improvement on the Corruption Perception Index of 2018 with an increase of 8 points, the highest of any country in the past two years.

On the Corruption Perception Index, Oman scored 53rd out of 180 countries and received 52/100 points on the index, up from 44 points the year before.

According to the State Audit Institute (SAI), this is the “highest global increase of any country during the past two years.”

The SAI has also spoken about the direct impact that employees can make on their own organisations in order to ensure integrity.

In a joint recent programme hosted by the SAI, His Eminence, Sheikh Ahmed bin Hamad Al Khalili, the Grand Mufti of the Sultanate of Oman, said, “Integrity is required by all. Mankind needs to act with integrity and should take care of their reputation to refute any kind of accusations of bad deeds. Whoever has control over public wealth shall take much care of the responsibility entrusted to him. He shall not take advantage of having this control over public wealth to use it for his own interest, and will act upon strict self-censorship and integrity,” he added. In this spirit, the State Audit Institution has partnered with a number of global organisations to train officials.

Al Siyabiya added, “SAI has partnered with a number of academies that are specialists in audit and professional development and anti-corruption to organise training workshops in a number of relevant fields.

“An example of such cooperation is that with the organisation for Economic Cooperation and Development to take part in a number of programmes on the application of governance and integrity standards on Public-Private Partnerships. The participation of SAI has been positive as it resulted in the election of SAI to conduct an audit assignment on the financial transactions of the International Organisation of Supreme Audit Institutions for a period of 3 years between 2011 and 2013. The assignment was extended for another 3 years (2013-2015) as a result of SAI successful efforts exerted in this project. SAI was also elected to the membership of the Executive Council at the ARABOSAI during the period between 2017 and 2022,” she added.

Oman is often praised by tourists, expats and nationals for the friendly, peaceful, calm and helpful nature of the country both on an individual daily level and on a governmental level.