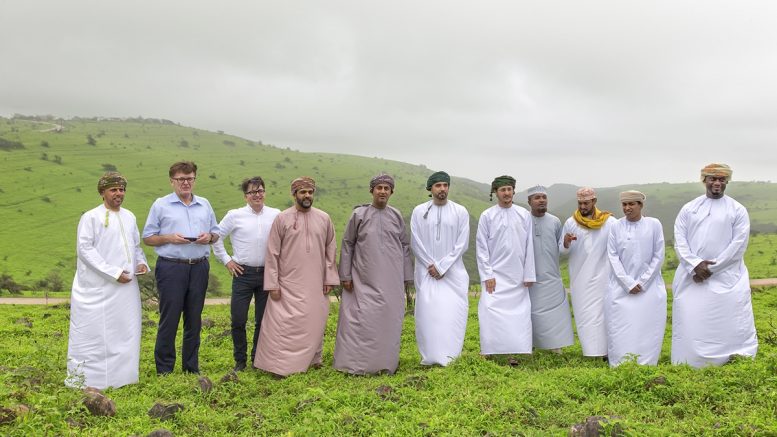 With Oman experiencing sustained growth in tourism arrivals, recent years have seen the concurrent expansion of short term accommodation. Between 2013 and 2017 the number of hotels increased by 35%, according to the National Centre for Statistics and Information (NCSI).

Alternative accommodation – such as aparthotels and short-term holiday lets – is also becoming more visible in the market. Occupancy rates are on the lower side for the time being, hovering at an average of between 50% and 60%, as a pipeline of new hotels continues to give visitors more alternatives and keeps competition high. Still, many in the sector are optimistic and predict that those who can stay in the game will reap impressive benefits in the medium to long term.

Muscat, Oman’s capital, has long been the main entry point to the country and home to the most accommodation options. According to data from the NCSI, of the 359 hotels in Oman in 2017, 142 were located in the Muscat Governorate. Of those hotels, 9 were classified as five-star, 12 were four-star, 16 had three stars and 21 were rated two-star, with the remainder being classified as “other” – combining one-star establishments, unclassified hotels and alternative accommodation. Meaning that Muscat has 58 Hotels 2-5 star.

When looking at the NCSI breakdown of the number of hotels in the sultanate in 2017, 5% were classified as five-star and 7% were four-star; and 68% fell into the “other” category. Outside the capital, governorates offering five-star hotels are Al Batinah North with two, Musandam and Ad Dakhiliyah with one each, and Dhofar with four. In terms of growth per category, the number of five-star hotels in the country as a whole rose from 12 to 17 in the years between 2013 and 2017, while four-star establishments grew from 22 to 24. Conversely, the amount of three-star and two-star options both shrank, from 28 to 26 and from 52 to 49, respectively, indicating a shift away from the mid-range. One-star and uncategorised accommodation, meanwhile, ballooned from 152 to 243. According to the Ministry of Tourism (MoT), the number of rooms throughout the sultanate grew by 9.3% in 2017 to reach 20,581, while the amount of beds rose from 29,538 to 31,774.

While positive, this growth has translated to a decline in revenues in some parts of the country, as hotels compete more vigorously for market share. Indeed, hotel revenue in Muscat in 2017 came in at OR147m ($381.8m), compared to OR150.5m ($390.8m) in 2016. However, the picture was brighter for Oman overall, as revenues rose from OR230.3m ($598.1m) to OR236m ($612.9m). Ad Dakhiliyah, Dhofar and Musandam all saw increases in revenue to offset Muscat’s decline, with the first of these showing the most impressive growth. Ad Dakhiliyah Governorate includes the old Omani capital of Nizwa and the Jebel Hajar region, which is home to a cluster of four- and five-star mountain resorts; hotel revenue there climbed from OR6.9m ($17.9m) to OR13.7m ($35.6m) in 2017. Dhofar, meanwhile, saw revenues rise from OR26.9m ($69.9m) to OR31.6m ($82.1m). The governorate includes Salalah, which draws visitors every year during the khareef (monsoon) season. The Musandam Governorate, for its part, continues to be popular with visitors from the surrounding UAE, and has one five-star and one four-star establishment. Revenues there increased slightly from OR12.1m ($31.4m) to OR12.8m ($33.2m) in 2017.

Moving into 2018 the slow recovery of oil prices has continued to weigh on regional activity, with many would-be tourists choosing to stay home or cutting back on luxuries when they do travel. NCSI figures for January through to the end of July 2018 show the total number of guests staying in three- to five-star hotels around the country at 819,826 – down from 866,020 in the same period the year before.

On this foundation, Oman’s accommodation segment is seeing a range of new hotels being planned or constructed across the country. In April 2018 the MoT announced that seven new hotels would be opening in Dhofar by the end of 2018, adding 1851 rooms to the governorate’s tally of 3346. The following month, the integrated tourism complex (see overview) of Al Mouj – formerly known as The Wave – in Muscat announced that five hotels were in the pipeline. On the sidelines of the Cityscape Global event in Dubai in October 2018, Nasser bin Masoud Al Sheibani, CEO of Al Mouj, told media that these include a 300-key, five-star building to be announced by the end of 2018 and another 200- to 300-room venue that was in advanced discussions. Two more hotels were in the planning stage with no further details given, while Al Sheibani said a 250-key hotel and serviced apartments project by Rotana – first announced in 2017 – would break ground that month. These projects bring the number of existing and planned hotels at Al Mouj to seven.

News of the five hotels add to the 195-room Mysk Al Mouj and the 310-room Kempinski Muscat. The former, which held its grand opening in January 2018, is the flagship building of Shaza Hotels and hotel investor Golden Group Holding. It is adjacent to the Al Mouj Muscat Marina and the new international airport. The Kempinski Muscat opened in March 2018 and provides five-star luxury on a 6-km waterfront.

Other internationally branded hotels with completion dates in the next few years include three brands of Starwood Hotels & Resorts in the capital: the 175-room Aloft Muscat, a 250-key W and 100, three-star extended-stay apartments under the Element name. In 2020 Accor’s new 200-room Novotel Muscat Azaiba is scheduled to open, while IHG’s Intercontinental Muscat Hills Golf Resort and Spa began works in 2017. The 206-room, five-star Saraya Bandar Jissah Resort was under way as of October 2018, as was the 320-room JW Marriot Muscat Convention Centre hotel. Wyndham Hotel Group’s Ramada Encore and Ramada Hotel & Suites brands are also both constructing hotels in Muscat’s Al Ghubra suburb, the former a three-star, 200-room venue and the latter offering 90 four-star suites.

In June 2018 the MoT released its 2017 annual report, which stated that 72 new hotels were under construction with a total of 6604 rooms between them. By the end of 2019, 55 of those 72 are expected to be completed, adding 4763 rooms to the country. The 55 hotels are categorised into three five-star establishments, five four-star options, 16 three-star properties, 19 two-star offerings and 12 in the one-star tier. In 2017 the MoT approved construction applications for 89 hotel properties. The capital city accounted for 49 of the approvals, and the governorates of Muscat and Dhofar tied for second place with nine each.

The new wave of hotels is thus a large one, set to significantly increase room numbers – particularly those in the four- and five-star categories. This poses a challenge for hoteliers, who will likely need to increase their range of packages and promotions to capture a larger market share – especially if their brand is less well-known. Matching offerings to visitors will require a study of the clientele coming to Oman, including factors such as purpose of stay. Corporate travellers, at 57% of the total, were the main source of bookings in the capital in 2017, followed by leisure visitors at 32%, according to Colliers. However, the NCSI shows that the composition was different for the country overall, with the single-largest category of visitors to Oman in 2017 being that of people visiting relatives or friends, at 41.2%. Only 17.2% were business travellers and 34.7% of people came for leisure.

Although competition is high in Oman’s tourism sector, the surge in hotel supply indicates a major vote of confidence in the country by international chains, with these players anxious to capture a share of the growing leisure market and serve the business segment that is set to expand alongside new convention spaces.