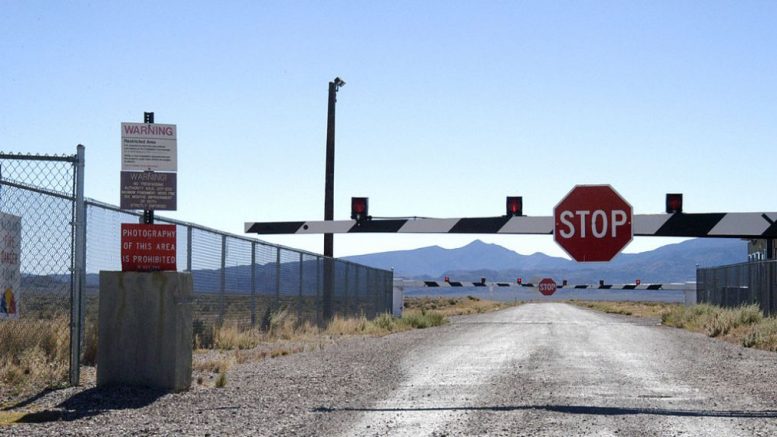 Social Media’s fake news and social hysteria groups have been blamed for the recent dangerous rise in “Petition to STORM” movements.

Local businesses have been blamed for exasperating the problem by desperately trying to cash in on the petitions by offering souvenirs, tours and even armed security.

The Royal National Lifeguard Institution warned those planning to Storm Loch Ness about the risks to life and legal repercussions for taking part.

The US Military however has warned those looking to ‘Storm Area 51’ that the US AirForce would “Defend US Military interests and assets via all means”. The military went on to remind the public that it is highly illegal to trespass on US Military bases and that the bases use live ammunition in, training, testing and defence of the bases.

Urban legend, made poplar by Hollywood has it that Area 51 is a weird and wonderful place filled with conspiracy theories allegedly harbouring extraterrestrial technology and/or life.

A reputation local businesses and the Nevada tourism board is all too happy to cash in on.

In a Facebook event titled “Storm Area 51, They Can’t Stop All of Us,” the creators explain: “We will all meet up at the Area 51 Alien Center tourist attraction and coordinate our entry. If we naruto run, we can move faster than their bullets. Let’s see them aliens.”

The “naruto run” part of this call to action refers to the particular, oft-memed, ostrich-like sprint of a popular Japanese anime characters who run full speed, head down, arms our straight behind their backs.

Their plan, scheduled for the early hours of 20 September 2019, has gained momentum; 1.5 million people have RSVP’d as “attending” the raid, while 1.1 million more are “interested”

The page and it’s user posts also include detailed drawings of “Planned Attacks” and “Swarm Operations” on how to storm and take over key parts of the military base. It is worth mentioning that drawing, downloading, reading, copying or sharing in anyway any such drawings or plans, seriously or as a joke is illegal in the US, Canada, EU, UK and most other countries under Counter Terrorism legislation. Breaching such legislation can easily carry life imprisonment. This month the US Federation reintroduced Federal level death penalty, meaning even if individual states do not have the death penalty the Federal central government can impose the death penalty regardless. This sentence is reserved for precisely these types of crimes.

Beneath his scheme, one greater of a hand drawn “attack plan” writes: “Hello US government, this is a joke, and I do not actually intend to go ahead with this plan. I just thought it would be funny and get me some thumbsy uppies on the internet.” This is not a strong if even valid legal defence for anyone else looking to post similar content.

Barnes’s disclaimer contains perhaps the most important bit of information to retain from this story: “Storm Area 51” is all a joke. And through engaging with that joke, most people are simply trying to take it to further extremes of silliness, such as by posting goofy blitzkrieg suggestions based on astrological signs.

The US air force, however, is not amused, with a spokeswoman telling the New York Times “any attempt to illegally access military installations or military training areas is dangerous”. “No trespassing” signs in the area reportedly state that the use of “deadly force” against intruders is authorized.

The Times also noted that Nevada’s alien-themed Little A’Le’Inn hotel has been booked solid on 20 September, with many guests referencing the Facebook event while making reservations. It seems some people hope to take this gag as far as they can.

Granted, even those who do travel to Nevada with the intent to descend upon Area 51 are very unlikely to get anywhere close to the base’s restricted zone, not only because it’s assiduously surveilled and patrolled, but because it’s located deep within a desolate and punishingly hot stretch of desert, far from amenities like convenience stores and public bathrooms. Is that really how anyone wants to spend their vacation days? In this economy?

But for anyone actually planning to take the even seriously, it would be a highly dangerous and illegal act. The US military have already made it clear that they do not take the “joke” as a joke and are ready to respond with force.