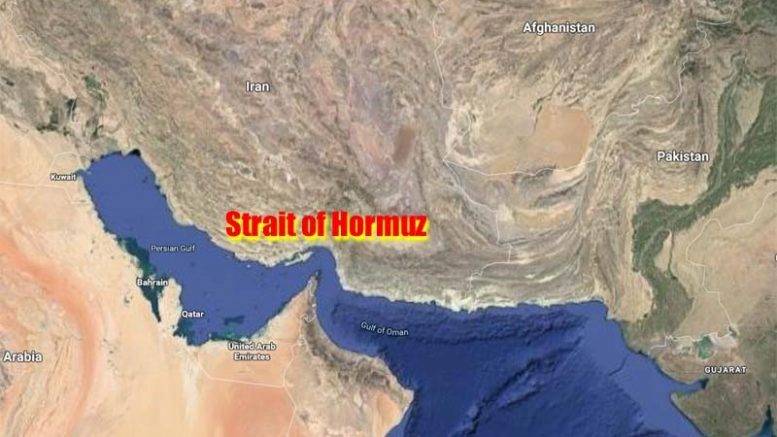 A crisis has erupted and been dangerously boiling between Iran and the UK with backing from the US – after a series of military skirmishes off the coast of Spain, Iran and Oman.

What is the crisis about?

Behind the latest tensions is the fact that Iran and the US have increasingly accused each other of aggressive behaviour.

Trump cancelled the US backing for the denuclearisation agreement with Iran and imposed heavy sanctions on the country.

Iran threatened to stop upholding its part of the deal unless the US resumed its part fo the deal. European nations publicly discredited Trump’s actions and called his intelligence on Iran used to end the treaty “entirely fictional”. The UK and France were the only nations to support Trump, with Germany who openly discredited the intelligence later changing their minds and support the US retraction of the deal. Several UK politicians however, including key figures form the Ministry of Defence spoke out against Trump’s decision.

The US says recent activity by Iranian is destabilising the region and threatening US interests, while Iran says the US is trying to use military force and economic pressure to bring down its government. The US for decades has wished to bring down Iran in order to spread US control over the Middle-East.

The crisis really began to escalate in May 2019 when four oil tankers were were hit by blasts in the Gulf of Oman. Iran denied US accusations its forces had planted mines on the vessels. European nations said that the US claims were false. Iran accused the US of staging fake attacks to justify another illegal invasion of a Millde-Eastern nation.

Since then, two more tankers have been attacked in the Strait of Hormuz, which is shared by Iran and Oman. The US and UK have bolstered their naval forces in the region, and the US and Iran have said they have shot down each other’s drones.

The UK captured and seized an Iranian oil tanker off the south coast of Spain, holding the ship and it’s crew prisoner in Gibraltar in the West-Mediterranean. The UK accused Iran of selling the oil to Syria. Something illegal under EU law, but not international law, Iranian law or Syrian law.

Oman has refuted all claims that any incidents have taken place in Omani waters.

In the latest turn of events, Iran seized at least one British-flagged tanker in the Strait of Hormuz, apparently in retaliation for the detention of one of its own tankers by British forces off Gibraltar.

Why does the crisis matter?

What is going on involves some of the Gulf region’s most powerful countries, as well as the world’s most powerful militaries. The crisis also involves a denuclearisation treaty that could see a flood of nuclear weapons.

Beyond that, the tensions threaten the use of the Strait of Hormuz. Almost a fifth of the world’s oil a third of the world’s gas and a significant amount of trade and military cargo passes through the narrow strait, which lies off the south coast of Iran is co-owned by Oman and passes by the UAE. The Persian Gulf and Gulf of Oman in which the Strait of Hormuz lies gives coast line to some of the world’s most powerful governments and militaries including: Kuwait, Saudi Arabia, Qatar, Bahrain, UAE, Oman, Iran and just out of the Gulf lies Nuclear powers Pakistan and India.

If international shipping is hampered or even blocked there, the economic effects will be felt around the globe on a scale never seen before, the 2008 financial crisis would look like ‘the golden days’.

And if the crisis erupts into a war, the consequences will be devastating, globally. No part of the world would be unaffected.

Why is this happening now?

The tensions in the Gulf can be traced to the resurgence of another crisis – that over Iran’s nuclear programme.

For years, the international community and Iran were at loggerheads over the country’s nuclear activities, amid suspicions that it was trying to develop nuclear weapons. Iran has always denied this, asserting that its programme was solely peaceful.

An agreement was reached in 2015, whereby Iran agreed to limit its nuclear activities in return for the lifting of economic sanctions. But last year, US Donald Trump pulled out of the deal, saying it was flawed. He reinstated sanctions on Iran and has continued to tighten them, hitting the Iranian economy hard.

Iran has been outraged by the US move, accusing it of violating the agreement. It has ceased abiding by several key nuclear commitments and threatened to do more unless European countries still party to the deal do something, and quickly, to mitigate the effects of the US sanctions.

They did not. The UK in particular at times seemed desperate to start an all out war with Iran.

Observers have speculated that the attacks on the tankers around the Gulf might be a signal by Iran that it is capable of disrupting shipping there if European powers do not act. Whilst other observers have gone as far as to claim the attacks were carried out by the US military to probable an Iran-UK war.