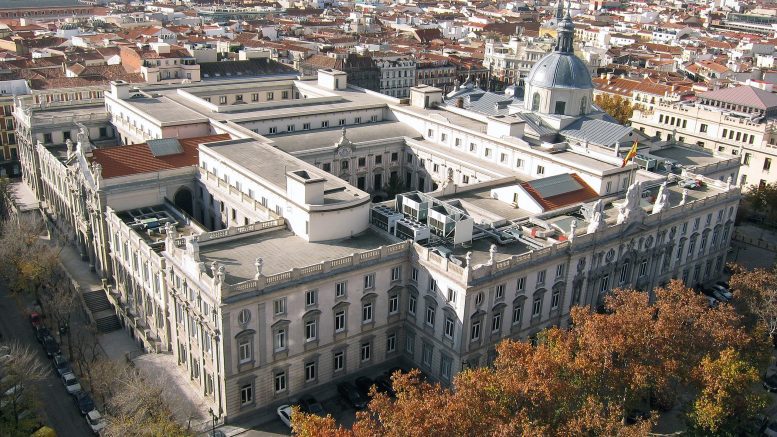 Between 9 and 13 years in jail for Catalan Independence leaders

The Supreme Court of Spain (Tribunal Supremo España) has found 9 out of 12 Catalan separatist leaders guilty of sedition and misusing of public funds for organising the Catalan Independence Referendum on 1 October 2017 and making the illegal unilateral independence declaration at the Catalan regional parliament.

The longest sentence went to the former vice-president of Catalonia Oriol Junqueras who has been sentenced to 13 years in prison.

Convictions as expected varied depending on the defendants’ perceived roles in the 2017 chaos. Although the severity of the sentences may shock many, they all fall well short of the 25 years for Coup d’Etat sought by prosecution.

After Junqueras, the longest prison sentences were handed to the former Catalan government spokesman Jordi Turull, the former foreign minister Raül Romeva, and the former labour minister Dolors Bassa whom all received 12-year prison each and ban on holding office for 12 years.

The former speaker of the Catalan parliament Carme Forcadell came next with a 11.5 years sentence and the former interior minister Joaquim Forn together with the former territorial minister Josep Rull have received  10.5 years each.

Jordi Sànchez and Jordi Cuixart, two civil society pro independence leaders, were also found guilty for sedition and handed the lightest of all the sentences,  9 years in prison each.

The other three defendants will not have to go to prison since they have only been sentenced for disobedience.

After the verdict was made public, Spain’s Supreme Court issued a new arrest warrant for the former president of Catalonia, controversial and outspoken Carles Puigdemont, who fled to Belgium in an attempt to escape justice after his first arrest European Arrest Warrant was issued, before being arrested later in 2017. Puigdemont will now be rearrested and tried. If convicted he is likely to receive the hardest sentence of all. In 2017 lobbyists called for a 35 year sentence for Puigdemont when he fled from Spain.

Crime of Sedition vs rebellion

El Procés as the media have referred to the trial against the Catalan separatist leaders has opened the debate between the crimes of sedition and rebellion, both carry long prison sentences.

The prosecutor’s office asked for Rebellion charges which carries a 25-year prison sentence. The crime must involve the use of violence and the violation of law to modify the State’s democratic structure.

However the State Attorney pursued the crime of Sedition which whilst carrying a lesser sentence is by no means a minor offence, sedition much include the encouraging of riots to prevent the implementation of the law.

2017 saw violence on a large scale against Spanish emergency service workers who attempted to put out fires and clear illegal polling stations.

Span’s right-wing has describe the unconstitutional referendum and the declaration of independence as a Coup d’Etat based on the accusation of rebellion, which involves violence.

However, El Tribunal Supremo has ruled out the use of violence with the specific goal of achieving independence.

It was the consideration that the defendants encouraged riots and citizens’ physical resistance against the police and emergency services in order to break the law in order to facilitate the referendum in an attempt to alter the structure of the democratic system and state that lead to the convictions for sedition.

Whilst many still maintain that sedition is a form of Coup d’Etat, the debate as to which is the most appropriate charge and cable for referring to the 2017 chaos bears little impact on the future of those sentenced today.

Reactions to the rulling

In response to the judgment from El Tribunal Supremo thousands of Catalans have cut off some of the main streets in and out of  Barcelona and other Catalan cities as well as some access to highways (motorways), metro stations, and El Prat’s airport where more than 100 flights have been canceled. Clashes between the demonstrators and the police saw violence continue late into the evening.

The Spanish government says it has shown “respect and compliance” to the verdict.

“In a democracy, nobody is judged for his ideas or for his political project but for crimes listed in the legal framework,” said the acting prime minister Pedro Sánchez, who has defended the “transparency” of the trial. During his statement at La Moncloa, Sánchez distanced himself from the possibility of granting pardon or amnesty to the convicted as separatist politicians had suggested.

At a EU level, Spanish MEPs from the European Popular Party, the Socialists & Democrats group, and Renew Europe have defended Spain’s Supreme court ruling. The next EU’s Foreign Affairs Chief Josep Borell reminded that “Spain is a consolidated democracy with one of the most advanced Rules of Law in the world.”

Only Spanish MEPs from the United Left and the European Greens have criticized the ruling. “The situation in Catalonia requires a political solution and should not be dealt through the courts,” said the president of the Greens/EFA group in the European Parliament, Ska Keller, who considers that the sentence is “disproportionate and will only serve to deepen the political crisis in Catalonia.”

Now the objective of the defendants is to reach European justice, from which they expect a more favorable sentence. To do this, they will need to exhaust all national judicial channels. This means they will need to spend years going through the complex appeals systems and loose at every step before they can take up the complain with the European Courts. Who do not accept many of the cases referred to them. Despite the finality of El Tribunal Supremo’s ruling, the separatist leaders can appeal for annulment if they can prove infringement of fundamental rights during the trial and then to the Constitutional Court due to the special features of the case if they can prove a breach of constitution in executing the sentences, these are very unlikely to be successful if they are even accepted. Only then, the defendants will be able to appeal to the European Court of Human Rights in Strasbourg. However they can only appeal to the EcrtHR if they can prove that the Spanish state has breached a specific Human Right as described in the European Convention on Human Rights. It is not likely that their case will be accepted by the court.