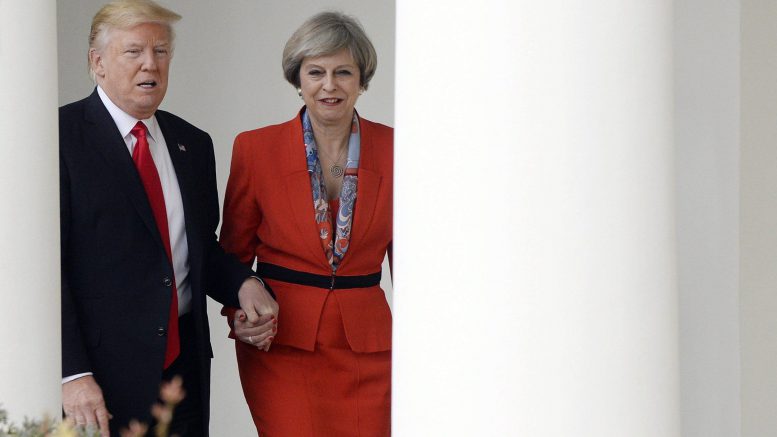 President of the USA, Donald Trump has twice tried and twice failed to ban Muslims from entering his nation. His own Federal courts ruling against him, holding his ban to be illegal.

Yet Trump has managed to ban Muslims from using electronic devices on flights. Something the US’s copycat, more maliscious little twin has also now introduced over in Brexit Britain.

Laptops and other large electronic devices will be banned from the cabin on flights to the UK from six Muslim countries in the Middle East and north Africa.

Those larger than a typical smartphone measuring 16cm by 9.3cm by 1.5cm will now have to be checked into the plane’s hold on flights from Turkey, Lebanon, Jordan, Egypt, Tunisia and Saudi Arabia.

Saudi Arabia has long been the West’s strongest relationship in the Middle-East, a relationship that could now fail after Saudi Arabia refused to keep secrecy over the details of such bans from the UK and USA.

Devices including Kindles and other e-readers will also be banned, along with hybrid devices such as the Microsoft Surface and iPads and the iPad Pro, as well as the new Nintendo Switch gaming system.

Muslim travellers will be forced to pay extra fees for a checked bag if they want to use these gadgets once they arrive at their destination.

Most smartphones, including the iPhone 7 Plus and Samsung Galaxy S7, will as of yet, not be affected by the ban.

Travel trade organisation Abta warned laptops and tablets are not typically covered by travel insurance policies for loss, damage or theft if they are placed in the hold.

A spokeswoman said: “Passengers travelling to the countries affected may wish to consider leaving their electronic devices at home, although this may be difficult for many, especially business travellers and families travelling with children.”

He said: “It is unclear why only some airlines and countries are affected, given that a potential attacker can easily re-route their journey.”

Only days ago several top US Federal judges ruled that similar bans in the States were “not based in real security concerns” and “directly targeted selected national, ethnic or religious communities.”

The UK does not have such a robust system in place for keeping check in illegal laws and abuse of powers, the UK also has no codified constitution.