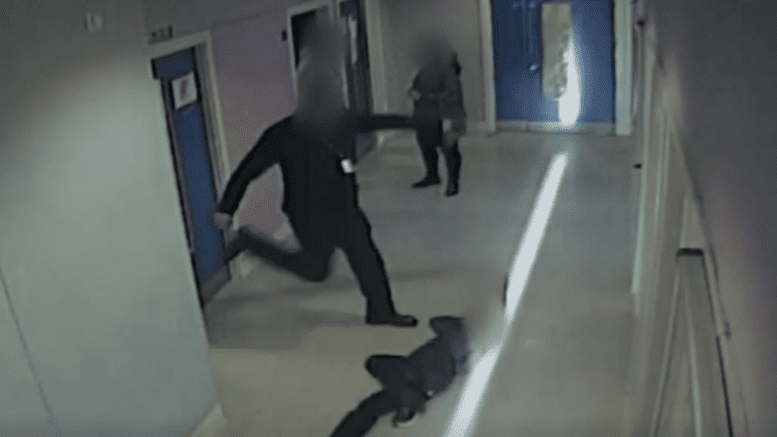 FACT BOX: Schools and educational institution in the UK have on site police stations and officers. 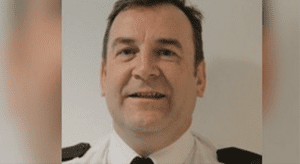 The boy who has sever autism and is a pupil at a special school for children with learning difficulties in Liverpool, was recorded on CCTV from the school hall ways, crying out as the injured child was desperately trying to escape the abuse and crawl away to safety across the floor towards a door to get help. 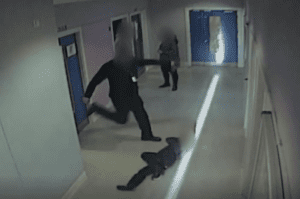 The footage shows 57 year old Christopher Cruise, who was a serving Merseyside Police Officer and School Liaison Officer launch into a physical attack on the child before threatening others.

The boy attempts to escape and crawl through a door to safety and to raise the alarm for help before Cruise reaches down, grabs the child and drags him across the corridor while the boys legs trail limp behind him.

The boy was left with leg injuries following the attack.

Cruise as convicted of assault against a minor at Crewe Magistrates’ Court.

Cruise however successfully retired before he could be fired and loose his pension or benefit rights. The police force told the press that had he remained on the payroll he would have been dismissed for gross misconduct.

That hearing heard how after the initial attack on the 10 year old boy Cruise walked into a classroom and asked the children if they could hear the victim crying in an attempt to intimidate witnesses.

Cruise then pointed at one of the other young children and threatened physical violence, saying: “You’re next”.

A teacher at the school told officers he felt Cruise was trying to intimidate him to prevent him reporting the assault during a conversation later the same day.

Bizarrely, Cruise was not convicted of affray or any threats of violence nor witness intimidation or interfering with a witness.

The trial drew wide spread condemnation for extreme leniency with Cruise receiving no custodial sentence or community order, instead only being fined £800 GBP.

A relative of the child, who did not want to be named, told the local newspaper the ‘ECHO’:

“I think he should have been put in prison. His sentence was so lenient. He is a bully, that’s all he is, just a bully.”

Speaking earlier about the incident, she added:

“We did not even know about it until C*****e called his mum. We didn’t even take it to court, that was the school and Merseyside Police. He has autism and he struggles a lot. He is much younger in his head, more like a five year old. He is also small for his age as he had growth problems. We are all absolutely furious. His days are hard enough already.”

The UK has a long history of police corruption and violence against civilians, with Staffordshire and London’s Met Police being the two forces most likely to commit violent acts or fabricate evidence against civilians for personal gains. Ethnic minorities are heavily disproportionately affected, in particular black, mixed race and Muslim minorities.