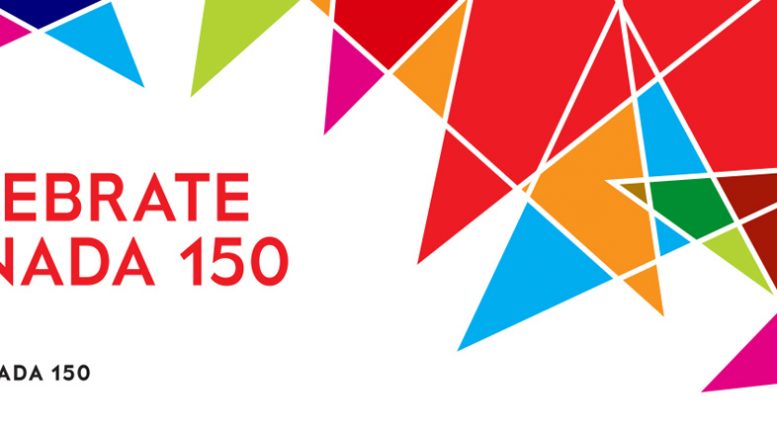 Revellers, police and some protesters have converged on Canada’s capital, Ottawa for a party that has been years in the planning.

Canada is marking its 150th anniversary as a country in towns, cities and at backyard barbecues nationwide.

The biggest bash is at Parliament Hill in Ottawa, where organisers expect hundreds of thousands of people.

By mid-morning, they had turned out in their droves, albeit huddled under umbrellas, trying to avoid the rain.

Some party-goers, like 24-year-old students Morgan Haines, Jon Salamati and Nima Sahebi, got to the Hill before the sun even rose.

Their early morning netted them a prime spot right next to the main stage, where they planned to stay until after the fireworks at midnight.

The three travelled from Vancouver, on Canada’s west coast, to celebrate the day in the capital.

“One-fifty is only going to happen once.” Salamati said. “By the time we hit Canada 200, we might not be able to do this trip.”

The celebrations include a concert by Canadian artists, a display from Canada’s aerobatics squadron the Snowbirds, a citizenship ceremony for new Canadians, and a massive fireworks display.

Justin Trudeau, Canada’s prime minister, made the crowds forget the grey skies with a rousing speech celebrating the country’s best attributes, delivered in both English and French.

“This is as good a reason as any too reflect on our past, to cheer on today, and to recommit ourselves to the future.” he told those gathered in Ottawa.

Trudeau also took a moment to remember Canada’s indigenous people, whom he said had been “the victims of oppression” since the first settlers arrived.

“As a society, we must acknowledge past mistakes.” he said, telling the audience there was still much work to be done in order to achieve reconciliation.

However, Canada, he said, was determined to see a reconciliation over the coming years and decades.

Indigenous culture is being represented in many ways across the festivities, and a number of indigenous performers are participating in Canada Day concerts in the capital region.

Some indigenous peoples refused to recognise the event, saying it represented more than a hundred years of colonisation.

Canada was formed in 1867 when three British colonies were merged into one unified nation, which remained under British control.

Some indigenous protesters erected a tee-pee outside Parliament today in protest over what they call the reoccupation of their multiple diverse nations.

Canada only actually achieved full independence from the UK 35 years ago in 1982 when the UK handed the power to amend the Canadian constitution back to Canada.

The Queen of England however, still remains the Queen of Canada, which to date is still a common wealth state.