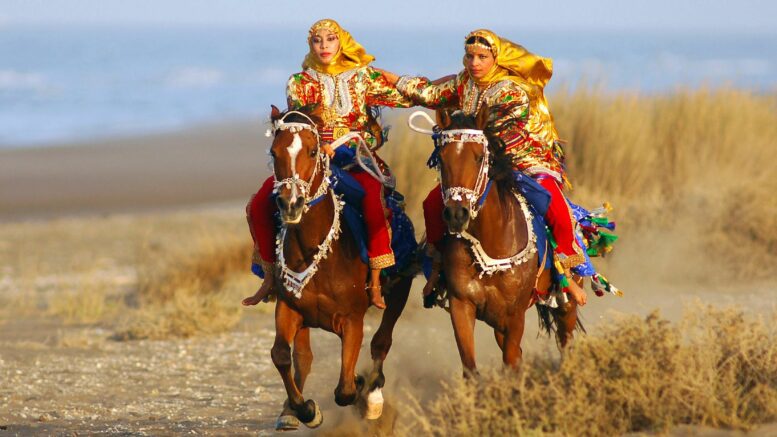 Wild horses and donkeys are digging wells, providing a source of water for wildlife

USA| Wild horses and donkeys have surprises scientists by digging wells in the desert for water, providing a vital life line to wildlife and boosting ecosystems.

When you think of a well, naturally you think of a man made structure. For those natural world connoisseurs amongst us you may ever know that elephants use their tusks and heads to dig for water.

But the notion of horses and donkeys using their hooves to dig for water in a manner that creates a desert oasis is probably not your first thought.

Horses and donkeys introduced into the American West, have settled in scattered populations over the centuries, carving out their own survival techniques. Part of surviving in the North American desert is the skill of finding water. By digging down into the earth these equine dug wells become hot beads of animal activity and even develop into desert oasis.

Researchers in USA’s Mojave desert and Mexico’s neighbouring Sonoran desert, studied the well digging activities of wild horses and donkeys over 3 years. Using their from hooves both the wild horses and donkeys were found to shovel sand and gravel away in order to dig down in areas where water seasonly flows, such as seasonal river beds and wadis.

During the study, scientists noted that 57 different species of animals visited the wells, from toads and birds to sheep and deer. Compared to control sites there was a 64% increase in animal activity suggesting that the other species of animals were intentionally travelling to the equine dug wells.

Willows and cottonwoods were also found to have started germinating around the wells suggesting that these wells are a lifeline for critical desert trees.

This behaviour is a good fit for the very definition of “ecosystem engineering”, a phenomenon whereby wildlife alter their environment. Typically associated with humans, beavers and elephants.

Researchers in Canada, Australia and the Gobi desert have now all also confirmed similar well digging behaviour of wild horses and donkeys.

From the sophisticated culture, language and social structure in the lives of whales and orca to tool use of primates and ecosystem engineering of a growing number of animals, now thought to also include coyotes, humans are now becoming more and more aware of the sentient and complex relationship animals have not only with humans and each other but with nature and the environment. Just one more reason we should be doing more to live in harmony with the complex entanglement of the natural world.