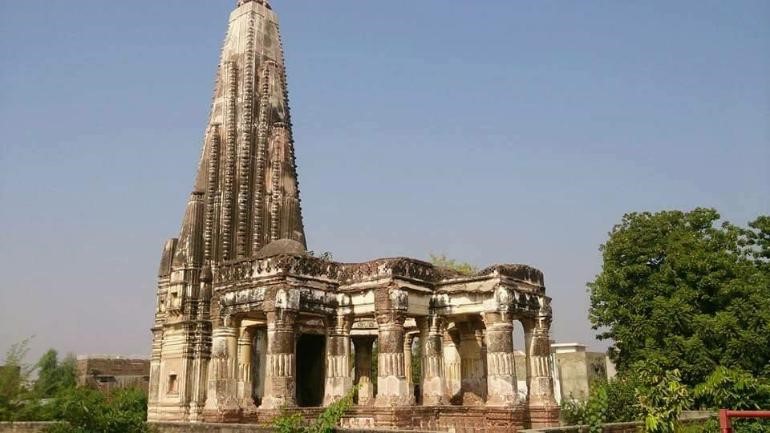 Pakistan’s federal government has decided to reopen Hindu temples across the country in phases, fulfilling the longstanding demand of the minority Hindus that their places of worship be restored to them.

When most Hindus left Pakistan during Partition, many temples were lost to encroachment; even in places where some Hindu families stayed back, locals moved in and occupied temple land. Many temple complexes ended up being used as an amenity or commerce facility and some even became Madrassas.

Now the Pakistan government wants to reclaim temples and hand them over to the Hindu community of Pakistani citizens, noting that the hand over is to Pakistani Hindus and not to the state of India.

The government has decided to reclaim and restore 400 temples to the Hindu citizens of Pakistan.

The process will begin with two historic shrines in Sialkot and Peshawar. Sialkot has a functioning Jagannath Temple and now the 1,000-year-old Shivalaya Teja Singh is set to be restored.

Hindus had stopped visiting the shivalaya (shawala) after a mob attack during Babri Mosque demolition protests in 1992.

In Peshawar, the Pakistani courts had ordered reopening of the Gorakhnath Temple and it’s been declared a heritage site.

From now on, two to three such historic and heritage temple complexes will be restored by the government of Pakistan every year.

Earlier, the All-Pakistan Hindu Rights Movement conducted a survey across the country and the result shocked everyone. The survey found there were 428 Hindu temples at the time of the British enforced Partition in 1947. 408 of them were turned into toy stores, restaurants, government offices and schools after 1990.

According to a recent government estimate, at least 11 temples in Sindh, four in Punjab, three in Balochistan and two in Khyber Pakhtunkhwa are still operational in 2019.

Pakistan recently agreed to open the Kartarpur Sahib corridor to facilitate pilgrimage to Guru Nanak’s birthplace from Punjab on the Indian side.

The Pakistan government has also opened a corridor that allows Hindu pilgrims to visit Sharda Peeth, an ancient Saraswati temple in Pakistan.