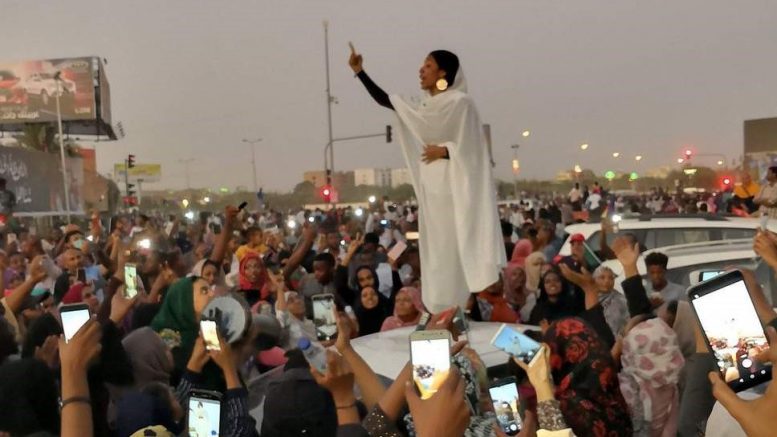 Sudan’s longtime ruler Omar al-Bashir was removed as president on Thursday and arrested by the military, following months of popular protests that culminated in clashes between his loyalist security branches and the armed forces.

In an address on state television, Ahmed Awad Ibn Auf, the country’s defence minister and army chief, declared a one-month night-time curfew, a three-month state of emergency and said the military council will rule for two years.

The country’s airspace will also be closed for 24 hours and border shut until further notice, he said.

A son of Sudan’s main opposition leader said that Mr al-Bashir was under house arrest along with a number of his political allies. Defence Minister Ibn Auf said that Mr Bashir would be kept “in a safe place.”

Khartoum erupted with rapturous celebrations on the streets in reaction to the ground-breaking announcement that al-Bashir was departing after 30 years in power. But many fear the joy is premature. The military has for decades run Sudan, repeatedly toppling attempts at civilian rule.

Many of the protesters fear that the armed forces are attempting what has become known in the Arab world as the “Egyptian scenario,” where the military ousts an unpopular president man only to replace him with another from their own ranks.

“The second I saw it was General Ibn Auf speaking, I couldn’t care less, because this is just a reproduction of the exact same regime we have been fighting for four months now,” Ahmed Mahmoud, an activist and journalist in Khartoum, said in a phone interview. He was taking a break from the mass protests when he heard the news and immediately headed back to the protest site.

“The people do not want a transitional military council,” Alaa Salah, a young woman protest leader whose photograph speaking to crowds has become an iconic symbol of the Sudanese uprising, wrote on Twitter. “Change will not happen with Bashir’s entire regime hoodwinking Sudanese civilians through a military coup. We want a civilian council to head the transition. ”

There were signs that the coup to oust al-Bashir appeared to be on shaky ground, and analysts warned that security forces could disintegrate, with supporters of al-Bashir attempting stage a counter-coup.

“There are substantial divisions within the regime,” said Murithi Mutiga, of the International Crisis Group, an advocacy and conflict resolution organisation based in Brussels and Washington. “It’s a very fragmented security landscape. They have been kept deliberately fragmented by al-Bashir to prevent this very occurrence.

The Sudanese Professionals Association, the main umbrella group behind the popular demonstrations, called on people to come to the protests in larger numbers, in an attempt to bolster the anti-Bashir faction of the armed forces, as well as to build momentum for civilian rule.

Along with other groups, the associations have formed a council they propose could rule the country for several years before general elections. “This alliance has become a coherent political force in the country but still needs time to establish transitional plans, including outlining its political leadership structure and solutions for the economic crisis,” wrote Ahmed Soliman, a researcher at Chatham House, in a note to journalists.

Mr Mahmoud, the protester, vowed to stay in the streets until there is some measure of justice and accountability for those killed during months of protest and for the corruption of recent years. He vowed to defy the 10 pm military curfew and remain camped out at the protest site. “We’re not leaving, no matter what kind of force they throw at us,” he said. “He said there’s going to be a military transitional government for two years. We will stay in the street for two years.”

Al-Bashir’s apparent demise followed hours of chaos that begin early on Thursday morning as the country’s state broadcaster was seized by the military, armed forces deployed throughout the city, and thousands of protesters began to gather in front of the armed forces headquarters in Khartoum. “We waited and waited, and by that time millions, literally millions were coming from all over the Khartoum area,” said Mr Mahmoud.

Videos posted to social media showed tens and perhaps hundreds of thousands of protesters flooding the streets in celebration.

The state news agency, SUNA, later reported that all political prisoners across the country would be released by the country’s security agency (NISS).

He is wanted on international charges of genocide for his alleged role in directing violence against non-Arab minorities in Sudan’s Darfur region.

“Victims of the gravest crimes in Darfur should not have to wait any longer for justice.”

But he had recently rehabilitated his stature among Western and Gulf leaders by sidling up to their Arabian Peninsula partners, cutting the country’s ties with Iran and supplying young men to fight the Western backed war in Yemen.

By order of the GCC (Gulf Nations), the administration of US president Donald Trump removed Sudan from its list of sanctioned nations last year.

Apparent moves against him by the armed forces came quickly after his loyalist security forces opened fire on demonstrators, killing at least five uniformed military officials protecting them outside their compound in Khartoum on Tuesday.

In both cases, the military remains the core, premier power within the state, and removing an unpopular political front man preserves the regime without bringing about fundamental changes in governance or patronage.

“The critical issue is now whether the army will want to monopolize power, and replace one military leadership with another, or whether power will be shared with and transferred to a transitional civilian government,” wrote Mr Soliman.

The Western nations were quick to condemn the coup and call for free elections and non-military rule.