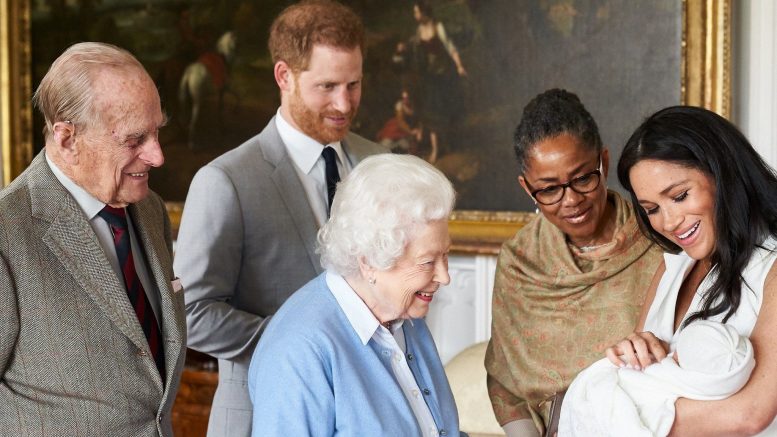 The world welcomed the latest British Prince this week with the birth of Prince Harry’s first son with Suits Actress Meghan Markle.
The Royal family recently started a crackdown on racism, threats and online abuse aimed at the Royals on social media with stronger repercussions for offenders.
BBC Broadcaster Danny Baker, 61, who has a king career in Sports broadcasting and BBC radio presenting soon saw this put into practice.
Yesterday Baker published a photograph of a man and a woman holding hands with a Chimpanzee dressed in human clothes with the caption “Royal baby leaves hospital”.
Prince Archibald Harrison Mountbatten-Windsor’s grandmother, Meghan Markle’s mother is Black African American.
Baker deleted the tweet and apologised, only to make matters worse by defending the tweet claiming there was no racism involved.
Baker was fired with immediate effect from the publicly owned BBC and all publications and broadcasts.
The row continues today as Baker continues to insist the remarks were not racist or racially insensitive. Although comparing any baby to a monkey regardless of race isn’t the nicest of moves.
There has not yet been a statement from the Palace or Met Police as to whether or not criminal charges could or would be brought against Baker.
Baker states that the post was a joke and he would have used the same image for any child’s birth regardless of fame, race or lineage.
The BBC issued the following statement:

“Baker’s tweet goes against the values we aim to embody. Danny’s a brilliant broadcaster but will no longer be presenting with us.”