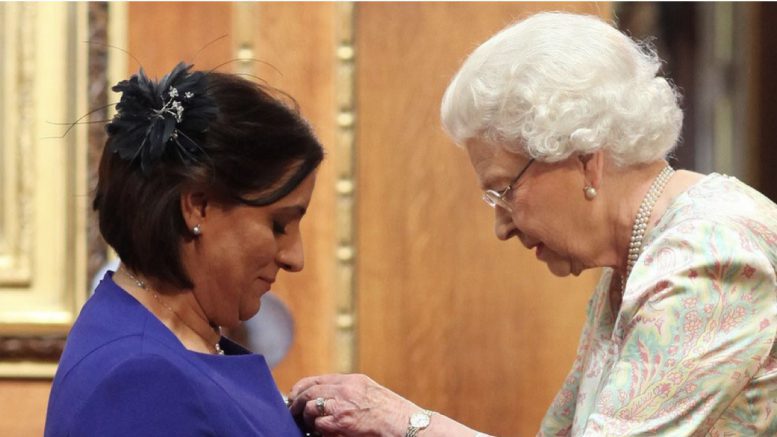 Top Muslim detective made an MBE for her charity work is suing the UK’s top police force, the Met Police for racism and sexism.

Det Con Nighat Hubbard MBE alleges male colleagues made systematic discriminatory comments to her and other female and Muslim officers when she worked at the force.

Hubbard also claims she was held back while white and Christian colleagues were allowed to work on more complex investigations and given preferences for promotions, reporters from British tabloid ‘Sunday Times’ told Al-Sahawat Times via Video link from London to Dubai today.

The Met spokesman told Al-Sahawat Times it was aware such legal action had been launched.

Nighat Hubbard MBE was honoured by the Queen of England

In a statement, the force said: “We are aware of a claim brought by Det Con Nighat Hubbard MBE against the Metropolitan Police Service alleging race and sex discrimination.”

The Met spokesman added: “We are unable to discuss further while proceedings are ongoing.”

In 2014 Hubbard was awarded an MBE for her charity work, making her the first Muslim police officer to receive an official honour according to sources close to Met.