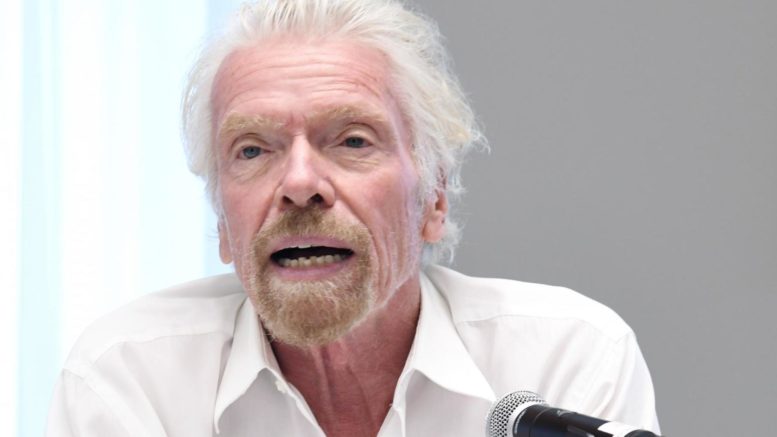 Sir Richard Branson, who resides on his own private island in the Caribbean’s British Virgin Islands, has not escaped the financial destruction that business owners around the world are now facing. In every nation, the very people that employ the rest of us are falling like dominoes, leading economists to forecast the highest unemployment and poverty levels on record.

Virgin Atlantic Airways has now formally put Management Consultants Alvarez & Marsal on standby to handle a potential administration as it races to secure a £500m rescue that would enable Sir Richard Branson’s flagship company to survive the coronavirus pandemic. Branson has tried desperately to raise the funds even offering his private island as collateral, but to date has been refused assistance.

It is believed that A&M’s work will revolve around options for a pre-pack administration. The aim being to bring a scaled down and restructured, viable airline to replace the current Virgin Atlantic to emergence after the current pandemic settles.

The appointment of Management Consultants does not mean that insolvency is inevitable, but reflects the legal obligation of Virgin Atlantic’s directors to prepare for such an outcome, according to aviation experts.

A pre-pack administration would wipe out all equity of existing shareholders, including Sir Richard’s holding company and Delta Air Lines.

The news of the Management Consultants’ retainer has emerged just days after Virgin Atlantic said it will now see more than 3’000 job losses.

The company’s administration plans include ending its 36-year tenure at Gatwick Airport, reducing the size of its fleet and putting its Boeing 747s into early retirement in addition to thousands of job cuts.

What do Management Consultants do?

Virgin Atlantic’s board remains in discussions with the government and private investors about raising new capital that would allow the company to implement its rescue plans.

Houlihan Lokey, the investment bank advising Virgin Atlantic on the process, is understood to be in ongoing talks with up to a dozen parties, said to include Apollo Global Management, Centerbridge and Cerberus Capital Management.

Emergency laws to reform the UK’s insolvency procedures are likely to be presented to parliament next week.

BritishAirways has announced a possible 12’000 job losses with RyanAir cutting 3’000 jobs. Roll Royce has also announced it is considering the removal of 8’000 members of staff.

Deutsch Bank the bad news just gets worse with $35b fumble