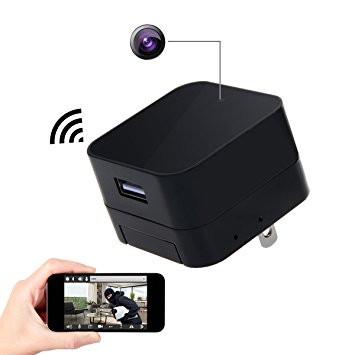 Two plug adapters may look identical. Inside one, however, is a microphone, a battery and a SIM card.
It is a perfectly disguised bug.

“After the initial plant you can switch them on and off from anywhere in the world and listen to the room,” explains Matt Horan, security director at C31A Solutions.

“Whereas 10, 15 years ago you would have had to go in, plant a device and then recover that device.”

Tech has been getting smaller and smarter over the years and the same goes for surveillance equipment.

Horan’s job is to hunt them out.

A few historical examples: a thick textbook containing an analogue listening device and a radio transmitter.

“Anyone trying to receive this would have to be in a very close area, maybe in a car parked outside,” he says.

Or there’s a very plausible looking fire alarm, with 150 hours of recording time.

“A cleaner could come in and swap that out for a working device.”

“Only problem with that is you have to go back into the environment.”

An air freshener looks particularly convincing, until you prise the back to reveal the surveillance equipment inside.

Horan says the bug-hunting business is booming. In 2017, bookings for sweeping services were double those of 2016, in homes, yachts, planes and boardrooms.

“Intellectual property theft, matrimonial issues, family disputes, business acquisitions, anything like that where people want to get the upper hand on the opposition are reasons people plant bugs.”

“Nine times out of 10 you don’t find anything. However, there are occasions when you do find stuff.”

Bug-sweeping itself is a painstaking process, as he demonstrates: “Fundamentally, the process we do is old school because you still have to crawl around and find bugs.”

First, you have to use an antenna to capture all the radio frequencies in the room.

“But up here you might find other items you wouldn’t be expecting.”

Once you spot an anomaly, you’ve got to find it.

That involves running a metal detector-like device over every inch of every surface. You’re looking for something that’s both metal and giving off a radio frequency.

And once you’ve found it? Well, you could leave the bug in to spread misinformation to whoever’s snooping on you.

Or there’s the more direct approach, “Smash a hole in the wall and take it out.”

Even with modern plastic or glass devices the metal in the circuit boards or power supply can be picked up.

Social Media 101 with Ben Keighley: Top 10 tips for businesses when it comes to their use of social media