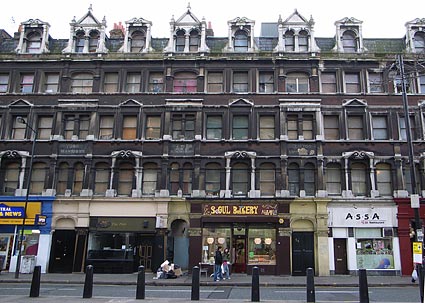 In a recent study by Lloyds Banking Group which asked it’s top corporate clients a series of questions regarding ease of business practice and concerns the UK failed to impress.

Heavy and sustained Pressure is growing on the Government to ramp up investment in infrastructure after Years of complaints, a large list of top executives has warned their biggest worry is that Britain has falled far behind all other developed nations.

More than two-thirds of large corporate executives believe the country’s infrastructure is worse than that of any other advanced country’s, according to a detailed analysis of corporate leaders in British business and UK subsidiaries of international and multinational firms.

The UK’s digital infrastructure was considered most in need of a revamp, followed by overhauling the railways & Tube systems then improving the energy infrastructure, the study of 77 large client corporations at Lloyds Banking Group found.
Concerns about Britain’s aviation capacity have eased significantly, however, after the Government gave the green-light for a third runway at Heathrow in October 2016.

Some 28% were worried about airports, down from 57%  at the end of 2015, according to the bank.
Following the June vote to leave the European Union, many business leaders have argued the Government can demonstrate the UK remains open for business to overseas companies by significantly lifting investment in infrastructure.

In his Autumn Statement last November, Chancellor Philip Hammond made improvements to internet, energy and transport networks central to his plans and earmarked £23bn to spend on infrastructure and innovation in the next five years.
More recently, upgrading infrastructure was a focus of the industrial strategy Prime Minister Theresa May unveiled last month.

Even so, Lloyds found that 45% of executives believed accelerated infrastructure spending should become the highest priority of the Government in the wake of the vote.

“Britain needs world class infrastructure in the UK to maintain its attractiveness as a modern and global hub” said Clare Francis of Lloyds Bank Commercial Banking.

“The government’s draft industrial strategy is a good start but we need to ensure that the country invests in its infrastructure to drive economic growth over the long-term.”

Worries about the outlook for the world economy are also growing, with 43% of respondents to the study forecasting it will deteriorate in the next year, up from 29% in 2016.

Lloyds said that the changing geo-political landscape following the Brexit vote in the UK and unexpected election of President Donald Trump in the US was considered the biggest threat to UK firms.

A worryingly large number of the world’s largest firms have relocated most if not all of their UK activity to other nations following the Brexit vote, with a longboard list of other large comp ones expected to follow suit in the near future.

London in particular faced heavy criticism recently for hyper inflated rates, costs, rents and taxes offering little or nothing in return by comparison to cities such as Berlin, Paris, Tokyo, Abu Dhabi, Dubai, NYC and most of the developed world.