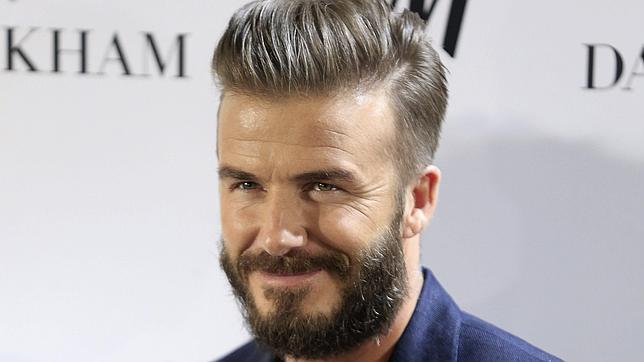 However it looks like the shine has finally worn off old ‘golden boots’ once and for all.

Here are 11 things we learned from the email leaks:

1) Hackers believed to have accessed millions of messages and documents from the computer system of the PR agency that looks after David Beckham and other public figures’ publicity.

2) Mr Beckham’s business team refused to cooperate with the blackmailers’ demands for £1’000’000  to avoid an email leak and called the police early last year.

3) The leaked emails between Mr Beckham and his publicist Oliveira seem to suggesthis attempts at charity were nothing more than part of a campaign for a knighthood. In one message the 41-year-old former England soccer captain branded the UK Honours Committee “unappreciative c***s” after missing out on a knighthood in 2013 and dismissed lesser awards, ranting: “Unless it’s a knighthood f*** off”.

4) Beckham’s team say the emails had been doctored and others had been taken out of context.

5) The blackmailer went by a fake name, and told Doyen Sports (part of Oliveira’s firm Doyen Global) chief executive Neilo Lucas: “A generous donation, and you can be sure that all the information I possess will be destroyed.”

6) It is unclear how much of any of the Beckham related material was indeed edited, there have been no professional evidence to support hat statement put forwards to date.

7) A source told UK newspaper “Daily Mirror” the blackmailers made an approach by email and attempted to meet via another third party.

8) Several prominent companies are thought to have been targeted during the cyber attack. The hackers are understood to have targeted a number of businesses connected to the football (Soccer) industry.

9) In one email Beckham appears to object to singer Katherine Jenkins being given an OBE. The email to Oliveira states: “Katherine Jenkins OBE for what? Singing at the rugby and going to see the troops, plus admitting to taking coke … F***ing joke and if you get asked we should think of a cutting remark.”

10) Katherine Jenkins hit back at Beckham over his criticism of her in the leaked emails.

11) Unicef, the charity which Mr Beckham has worked closely with, came to the star’s defence. Although it would not comment on the veracity of the emails because it had not seen the originals, it described Beckham “as generously giving his time, energy and support to help raise awareness and funds for Unicef’s work for children”.

It is yet to be seen what level of fall out this will hold for Beckham but if there is one sure way of ensuring you don’t get a knighthood, allegations of all types aside, it is making t clear that you are desperate for one. Calling the Honora Commity “a bunch of C***s” and telling them to “F*** off” probably won’t help either