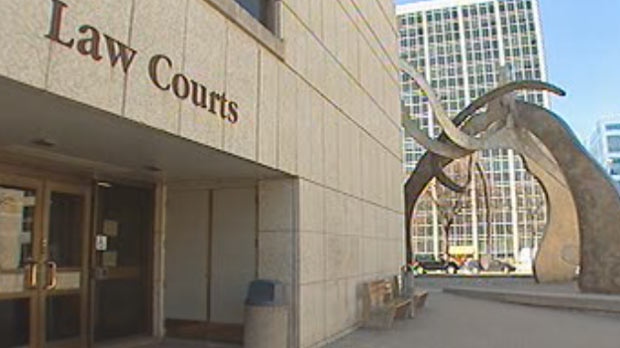 A mother has appeared in court accused of hiding the dead bodies of all six of her children, in her work locker

A mother from Winnipeg, USA, has been found guilty of disposing of the remains of six infants in a storage locker.
In a shocking twist, rather than being charged with the suspected murder of her children, Andrea Giesbrecht had been charged with six counts of concealing the body of a child. Each charge carries a sentence of up to two years in jail.
Manitoba provincial court Judge Murray Thompson read out his decision on Monday after a months-long trial.
The remains of the infants were found in the locker in October 2014.
Judge Thompson said the evidence presented at trial left “no doubt” that Ms Giesbrecht concealed her pregnancies and the resulting delivery of the six infants.
Employees cleaning out the storage locker in a U-Haul facility called the authorities after making their gruesome discovery.

The remains of six full or near full-term foetuses were found in various stages of decomposition. Ms Giesbrecht was arrested soon after the discovery of the remains.
Investigators were unable to determine with certainty the cause of death or whether any of the infants had been born alive.

Judge Thompson said in his decision, which was livestreamed from the courtroom, that “the medical evidence, both statistically and with respect to each child, is that they were likely born alive”.

According to her medical records, Ms Giesbrecht did not see a doctor during any of the six pregnancies. Children’s toys, children and infants’ clothing and blankets were found alongside the remains in the locker. The judge added:

“There is no evidence of complication in these pregnancies. All of her actions lead to one conclusion, that Giesbrecht was aware that these children were likely to have been born alive and she wished to conceal the fact of their birth.”

The date of Ms Giesbrecht’s sentencing has not yet been set.

It is not yet clear why the mother was never charged with infanticide.