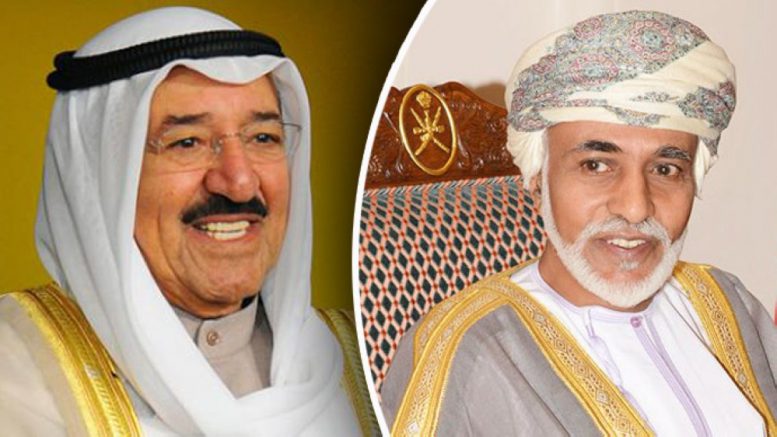 A statement by the Diwan of Royal Court, says that “Crowning the strong, close and brotherly relations between the two countries, and in response to His Majesty Sultan Qaboos bin Said’s invitation, Sheikh Sabah Al Ahmed Al Jabir Al Sabah, Emir of Kuwait, will pay a three-day State visit to the Sultanate, starting on Monday, 20 February, 2017.”

The Emir of Kuwait will be accorded an official welcome ceremony. The visit enhances the cooperation march between the Sultanate and Kuwait and out of both leaders’ keenness to enhance the joint interests between the two countries in different fields.

The Omani- Kuwaiti relations have for many years stretched far beyond the traditional relations among the brotherly nations.

The two have both expressed keen wishes on enhancing the relations between the two nations building on their common interests.

They will also discuss the developments of the region and their effects on the present and future of a number of states and the region as a whole.

What adds to the importance of the Emir of Kuwait’s visit to the Sultanate and the talks he will have with HM the Sultan is the fact that both leaders have firm believe in peace and the need to solve all disputes through peaceful means, constructive dialogue and abidance by international laws. Neither leader advocates the use of military intervention in the region or beyond.