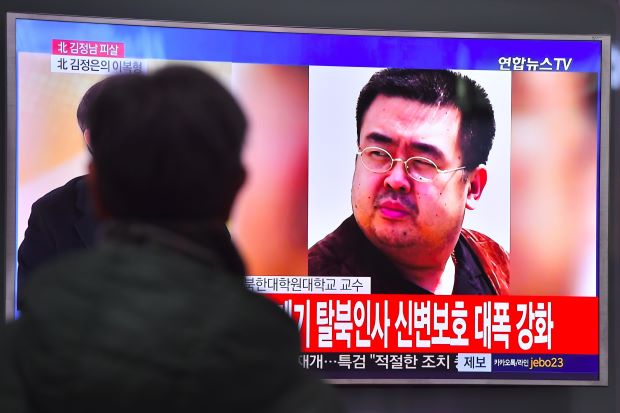 North Korea has barred Malaysians from leaving the country, sparking a tit-for-tat diplomatic reaction from Malaysia, as police investigating the assassination of Kim Jong-Nam seek to question three men hiding in the North Korean embassy.

After Pyongyang announced the move, Malaysia Prime Minister Najib Razak swiftly called for the immediate release of its citizens, instructing police “to prevent all North Korean citizens in Malaysia from leaving the country until we are assured of the safety and security of all Malaysians in North Korea”.

“This abhorrent act, effectively holding our citizens hostage, is in total disregard of all international law and diplomatic norms.” Razak said in a statement, adding that he had called an emergency meeting of the National Security Council.

Malaysia quickly responds by imposing a similar ban on North Koreans as tensions swirls over assassination of King Jong-nam.

North Korea’s foreign ministry notified the Malaysian embassy in Pyongyang of the reason for the ban and said it had hoped the case would be swiftly and fairly resolved in order to develop bilateral ties with Malaysia.

“All Malaysian nationals in the DPRK will be temporarily prohibited from leaving the country until the incident that happened in Malaysia is properly solved,” the official Korea Central News Agency said on Tuesday, citing the foreign ministry.

Seoul has blamed Pyongyang for the assassination and Kuala Lumpur has sought several North Koreans for questioning, although the only one it arrested was released for lack of evidence.

According to KCNA, Pyongyang’s foreign ministry expressed hopes that the Malaysian government would solve the issue in a “fair and timely manner based on goodwill”.

The North has yet to confirm the dead man’s identity, but has denounced the Malaysian investigation as an attempt to smear it.

Malaysia expelled the North’s ambassador as diplomatic tensions soared, and Pyongyang retaliated late Monday by formally ordering out his counterpart – who had already been recalled for consultations.

Malaysian diplomats and nationals in the North would be allowed to “conduct business and live normally” while the travel ban is in place, it added.