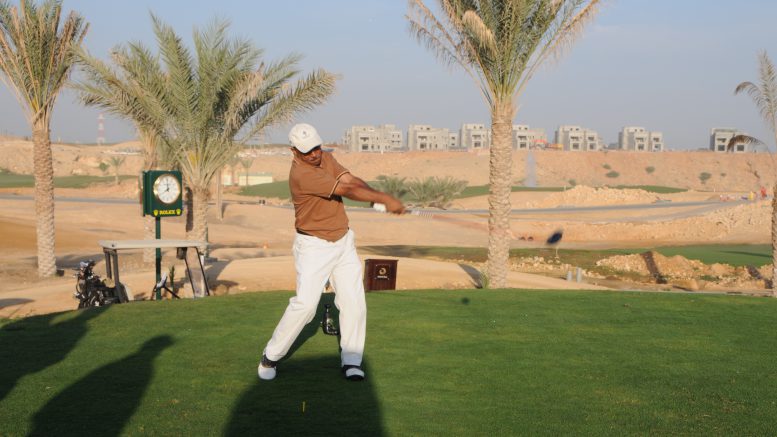 Oman has a new master of golf

Troup, who represented Caledonian when he defeated Bon Accord’s Barrie Edmond by one hole in the 2003 final at Aberdeen Links, is delighted by the move.

Troup, 34, said: “I feel really privileged to be given the position of national team manager and look forward to working closely with the Oman golf committee to establish the right environment in which the national team can thrive.

“I have helped some of the national team players previously on a coaching level and from my first weeks in Oman I recognised immediately that there is an incredible amount of potential here. I’m looking forward to getting to know the players even better.”

Troup was an assistant professional at the Kings Links Golf Centre before he left in 2007 to take up a teaching job at Doha Golf Club in Qatar.

Troup worked there for almost eight years before taking up a role in Oman at Al Mouj Golf in May, 2015.

Troup added: “My new role will focus around developing a stronger group of national golfers who can compete initially on the regional stage but ultimately representing the country on a world stage.”

“Putting into place the correct squads from juniors to adults, and a selection structure that encourages more participation, growth and a higher standard of teams, is a priority. Oman unlike most other Gulf Cooperation Council countries is blessed with a very large population of nationals whereas the other countries in the region are made up of very large ex-pat populations. We also have the facilities required as there are four grass courses in Oman in what is an extremely young golfing market. The course that I work at has been voted the second best course in the Middle East so the potential to grow golf here is incredible assuming we get right things into place. We are quite far behind the likes of the United Arab Emirates in terms of development and popularity however the Oman Golf Committee are very excited to change that. I will be spending a lot of time with the OGC working on introducing golf into the school curriculum nationwide and giving the hundreds of thousands of Omani children in schools the opportunity to be introduced to golf. The existing juniors and the children introduced to golf through the schools programme and the existing junior development that already goes on at the clubs will then allow us to have junior squads at different age ranges. That will allow us to represent Oman in the regional events and further afield which through the years will allow us to have an even stronger senior men’s and ladies national teams.”

“I have already been coaching some of the national team players over the last year and I have been very impressed with their ambition and work ethic.”

“It has been great so far and it is the kind of project I have always wanted to be part of since turning pro at the Kings Links Golf Centre.”

“I have been very lucky to have worked with many people in the past that have allowed me to move in that direction.”

As an amateur playing out of Portlethen, Troup was beaten 2&1 in the 2003 semi-finals of the Evening Express Champion of Champions handicap tournament by Oldmeldrum’s Bill Campbell at the Kings Links.