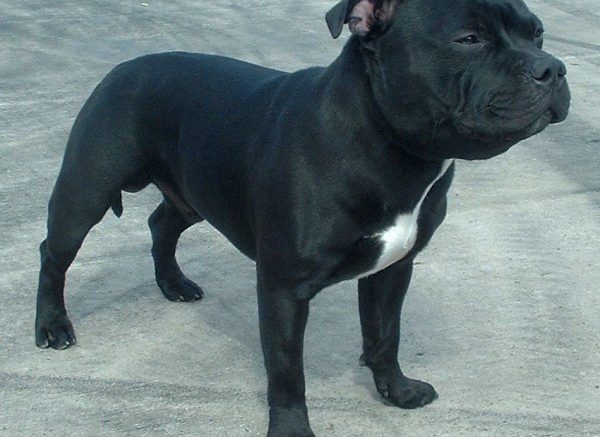 A British dog owner has been killed by his pet dog, a  ‘Staffie’ (Staffordshire Bull Terrior) whilst being interviewed by the government owned, BBC.

The 41-year-old man died after being bitten on the neck at his home in Wood Green, North London, police confirmed.

Last night it was claimed BBC staff were present at the time as the man was taking part in a documentary.

A BBC spokesman told Sky: “We are aware of an incident but we cannot comment any further as it’s an ongoing investigation.”

The man’s cause of death was recorded as hypovolemic shock and damage to the airway consistent with a dog bite after a post-mortem.

Police were called at 22:25 last Monday but the man was pronounced dead at hospital in the early hours of the following day.

The dog was seized by officers and remains in secure kennels whilst the investigation is ongoing.
Police confirmed the breed is not prohibited under the UK ‘Dangerous Dogs Act’.

A spokesman for the Met said: “The man’s death is not being treated as suspicious, a post-mortem examination at Haringey mortuary on Friday, 24 March gave cause of death as hypovolemic shock and damage to the airway consistent with a dog bite.” Enquiries by police at Haringey continue to assist the coroner.