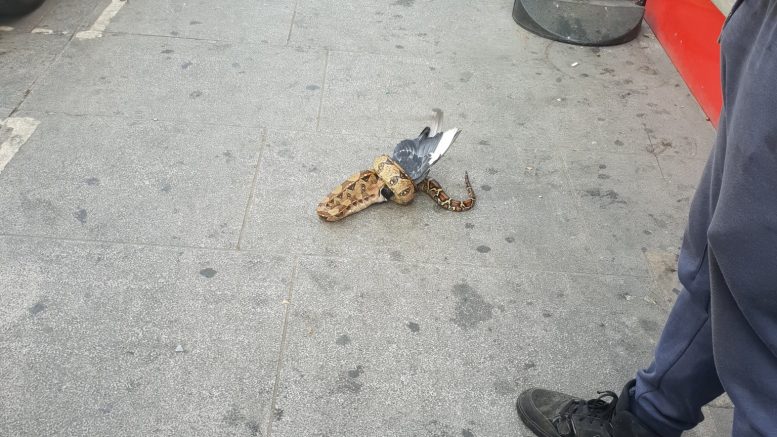 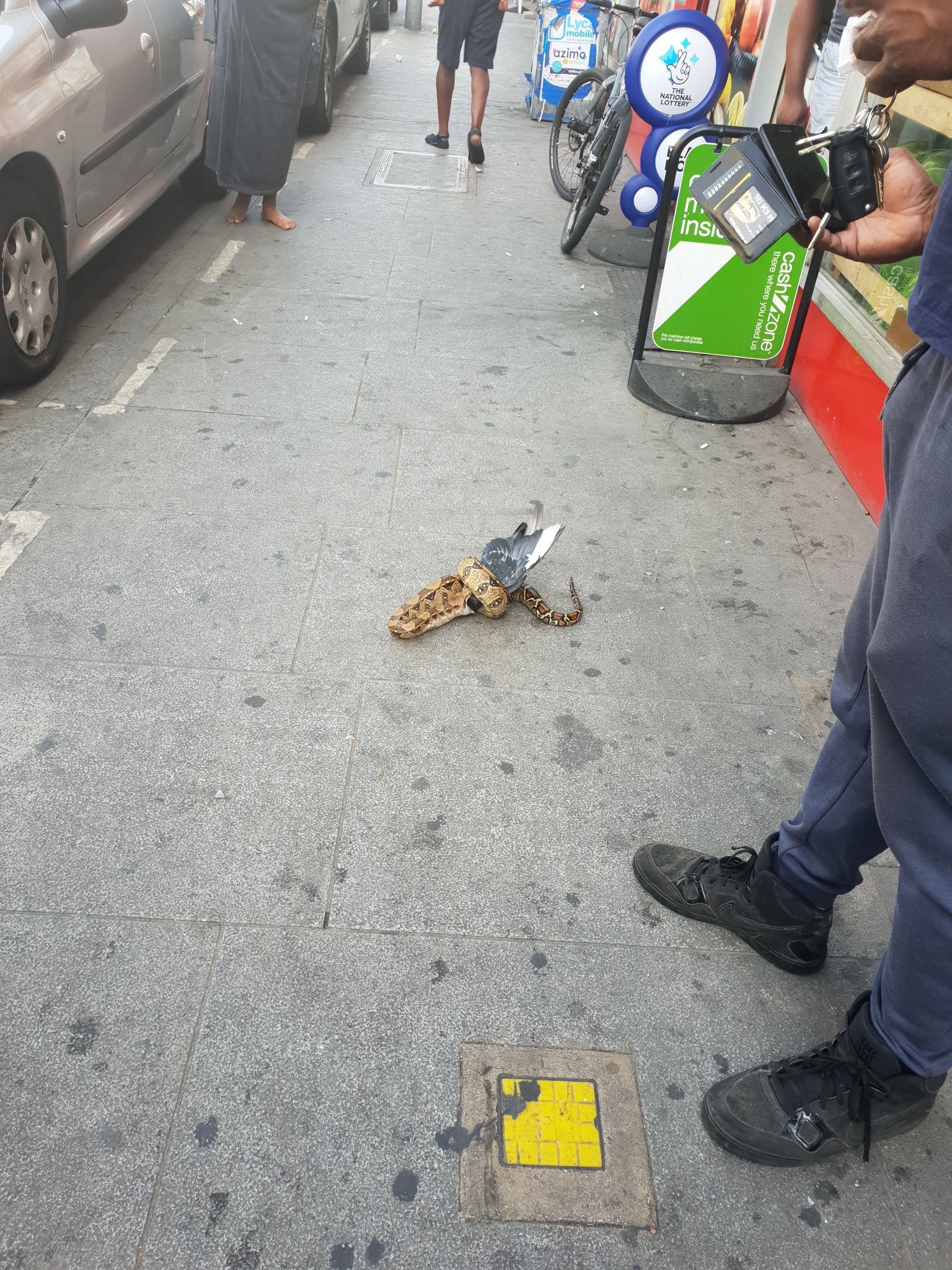 Leytonstone, East London. Not exactly the place you would expect to find wild boa constrictors hunting prey, but that is precisely what has been filmed, photographed and reported over this weekend.

Native to central and southern Americas (Mexico to Uruguay) boa constrictors grow up to 4 meters in length and hunt by biting its prey around the their, nose or mouth to suffocate and wrapping its body around the rib cage and crushing, slowly tightening its squeeze on each attempted outward breath. The snakes can reach 45 KG in weight (the size of an adult female human) and eat anything they can swallow.

Adults are more than capable of tackling human sized prey.

Over the weekend a young young boa constrictor was filmed eating a pigeon on the streets of London.

Locals screamed after discovering the snake feasting on the bird, on the walk way behind parked cars.

The RSPCA collected the snake and are now caring for it in an animal shelter.

It is unknown why exactly there is a recent influx in exotic animals in London, however the RSPCA have a theory.

Reptiles become more active, larger and have an increased appetite during higher temperatures. London is in it’s third month of a record breaking heatwave seeing daytime temperatures consistently over 33C up to 38C, with the London Underground system notoriously warmer, up to 49C in parts during rush hour.

Reptile owners unable to cope with the more boisterous activities of their beloved pets resort to dumping the animals to die in the wild when temperatures drop below freezing in the winter.

Not only is this extremely cruel to the animals they once loved and cared for but it puts members of the public in danger.

The RSPCA and Mayor of London Office have urged pet owners to hand over care of the animals to rescue shelters or even zoos rather than dumping them into the streets.

Due to an abundance of food, hiding places and warm, dry underground shelters, released wildlife can thrive and multiple at alarming rates in one of the world’s biggest Hyper-Cities.

The MET Police say there is no immediate risk to public safety, but insist the public should not approach a large snake if encountered, and should instead call the authorities via Tel: 101